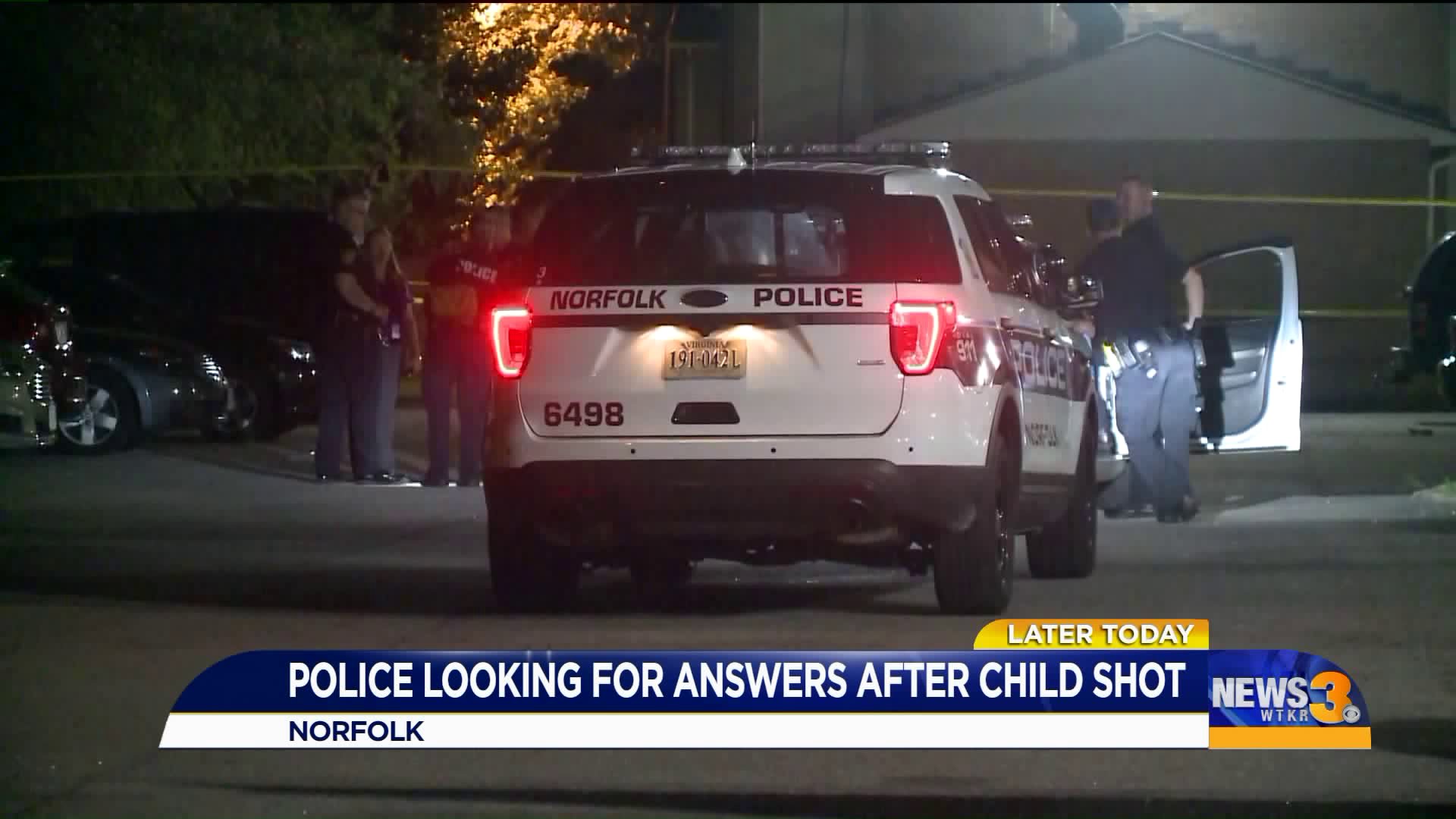 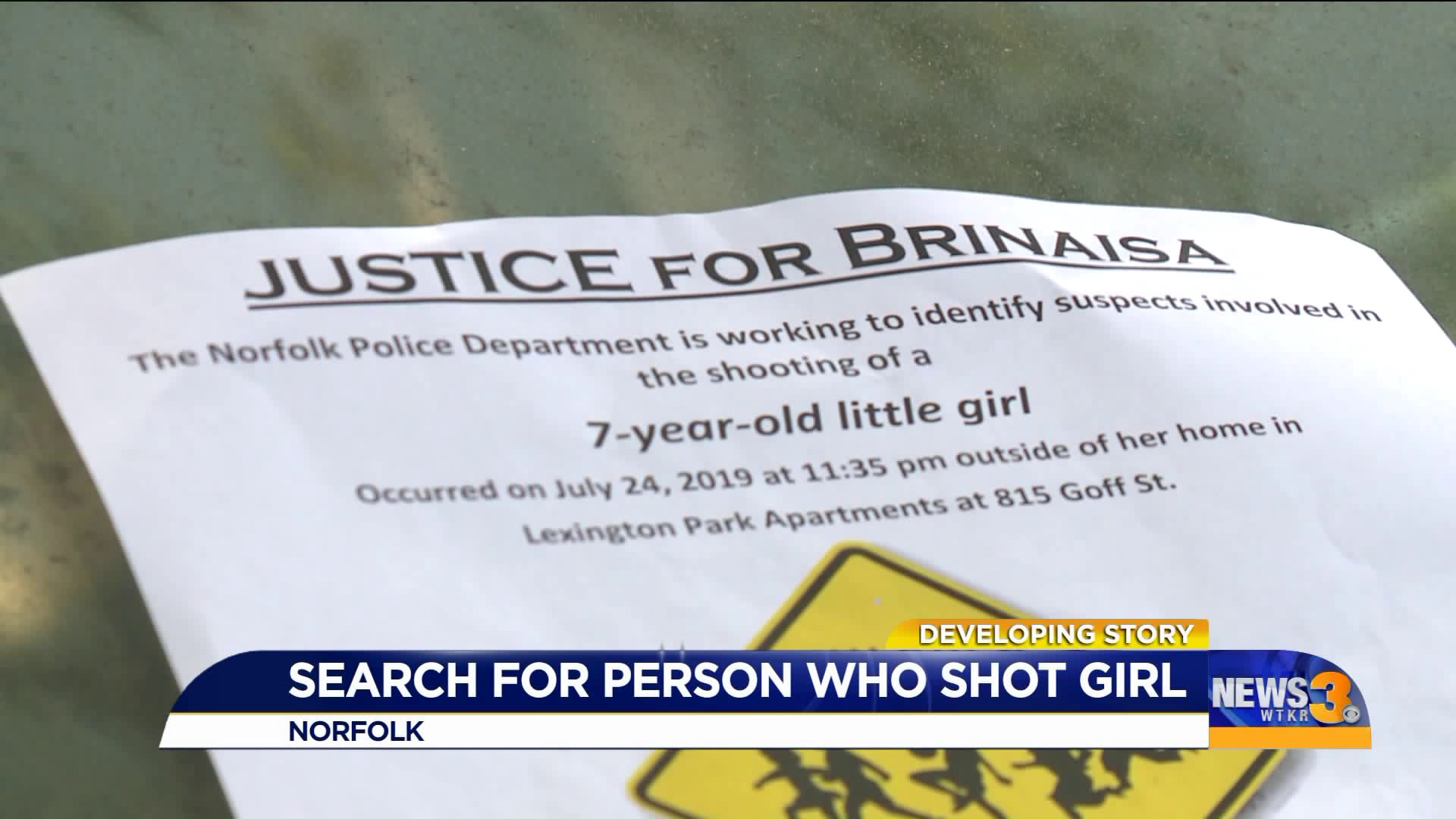 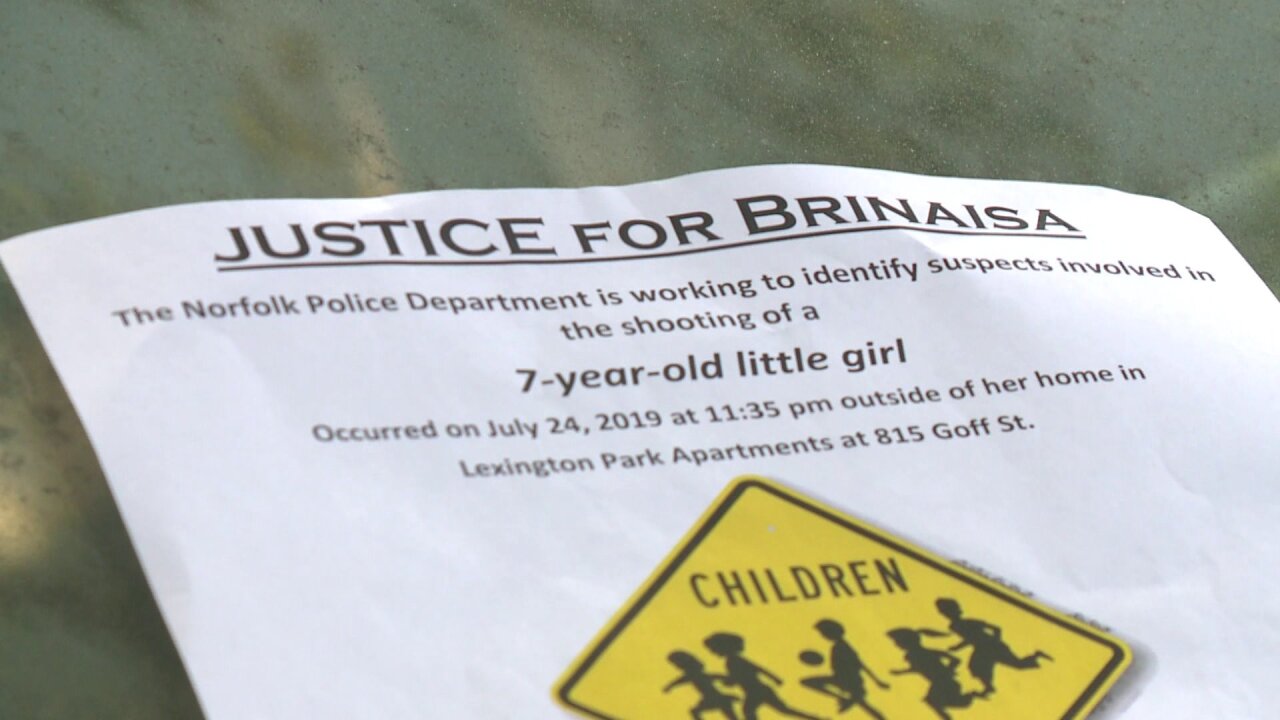 NORFOLK, Va. - The kindergartener who was shot while playing in the Lexington Park area a week ago remains in the hospital, and police are still working to find who pulled the trigger.

Norfolk Police Chief Larry Boone had his department out in full force Wednesday to recanvass the area near the Lexington Park Apartments.

"When you don't speak up, you're condoning the actions of the people that are doing this," Chief Boone said.

News 3 spoke with the little girl’s family after the shooting. They say she was playing hide-and-seek on the playground with her siblings and other kids in the neighborhood when bullets started flying.

Her family told News 3 she was struck in the stomach. She was immediately rushed to the hospital and went through surgery.

The family says she is in stable condition.

Hoping to encourage bravery, officers went door to door handing out flyers reading, "Justice for Brinaisa," the name of the young victim.

They’ll be handing out these flyers, urging people to call the #CrimeLine https://t.co/Tcc28PvAN2 pic.twitter.com/IZ6VLAg54A

News 3 reporter Erin Miller also caught up with Brinaisa's grandmother. Although she didn't want to be on camera, she shared an update on how her granddaughter is doing.

"He's had surgery; she's coming along," she said. "She's doing what the doctor's telling her to do. She just wants to eat; she can't eat right now."

Instead of enjoying summer, Brinaisa is fighting to recover.

"She's a happy child, but right now she just dozes off. She just wants to know who shot her and why," the girl's grandmother said.

And so do police.

Chief Boone says they have an idea who may have done it and are confident they can close the gaps.

"None of these things are mysteries," Chief Boone said. "We just need someone to say, 'That's the person.'"