‘Grandma, why did they shoot me?’ Family speaks after 7-year-old girl shot in Norfolk 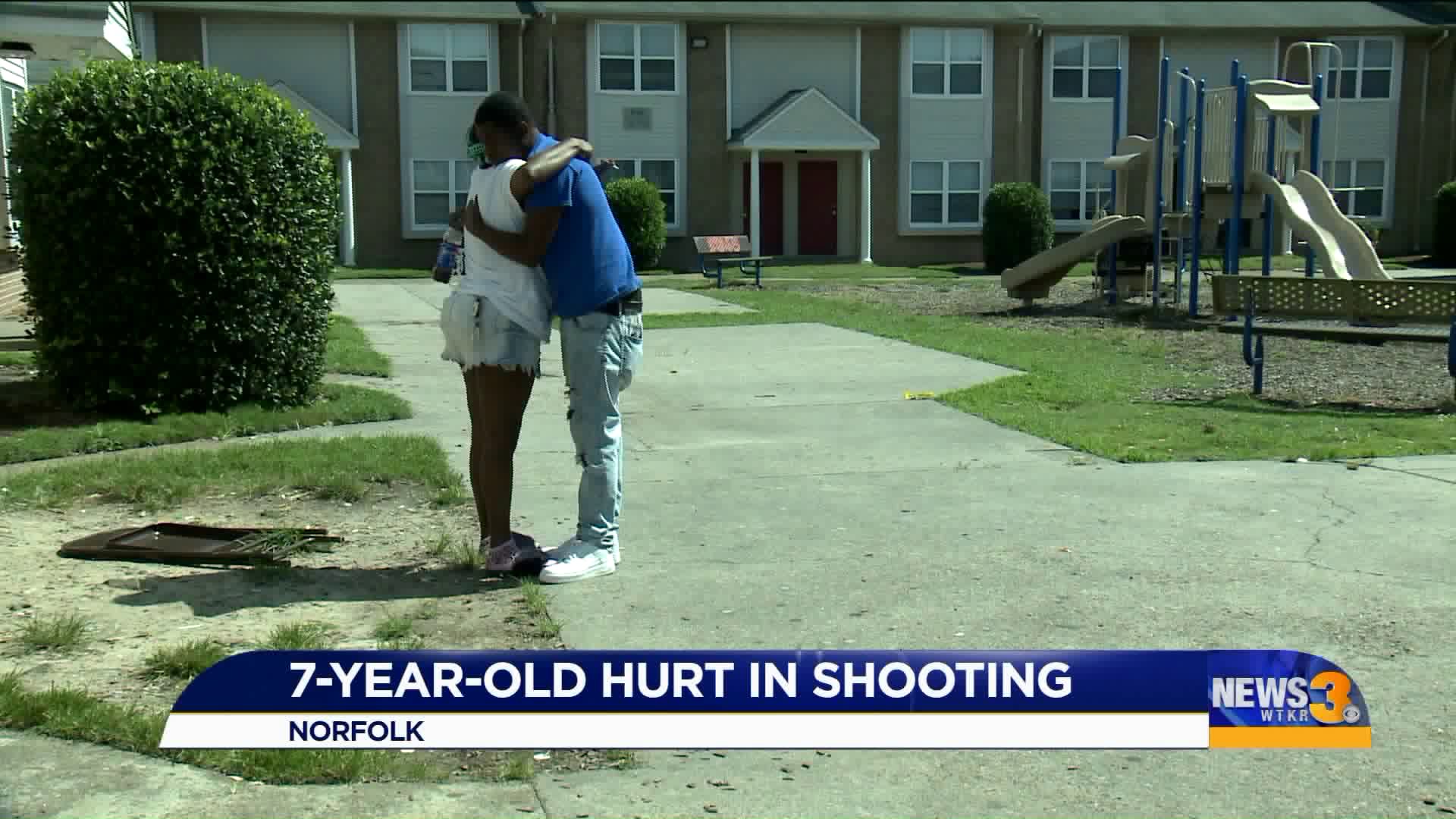 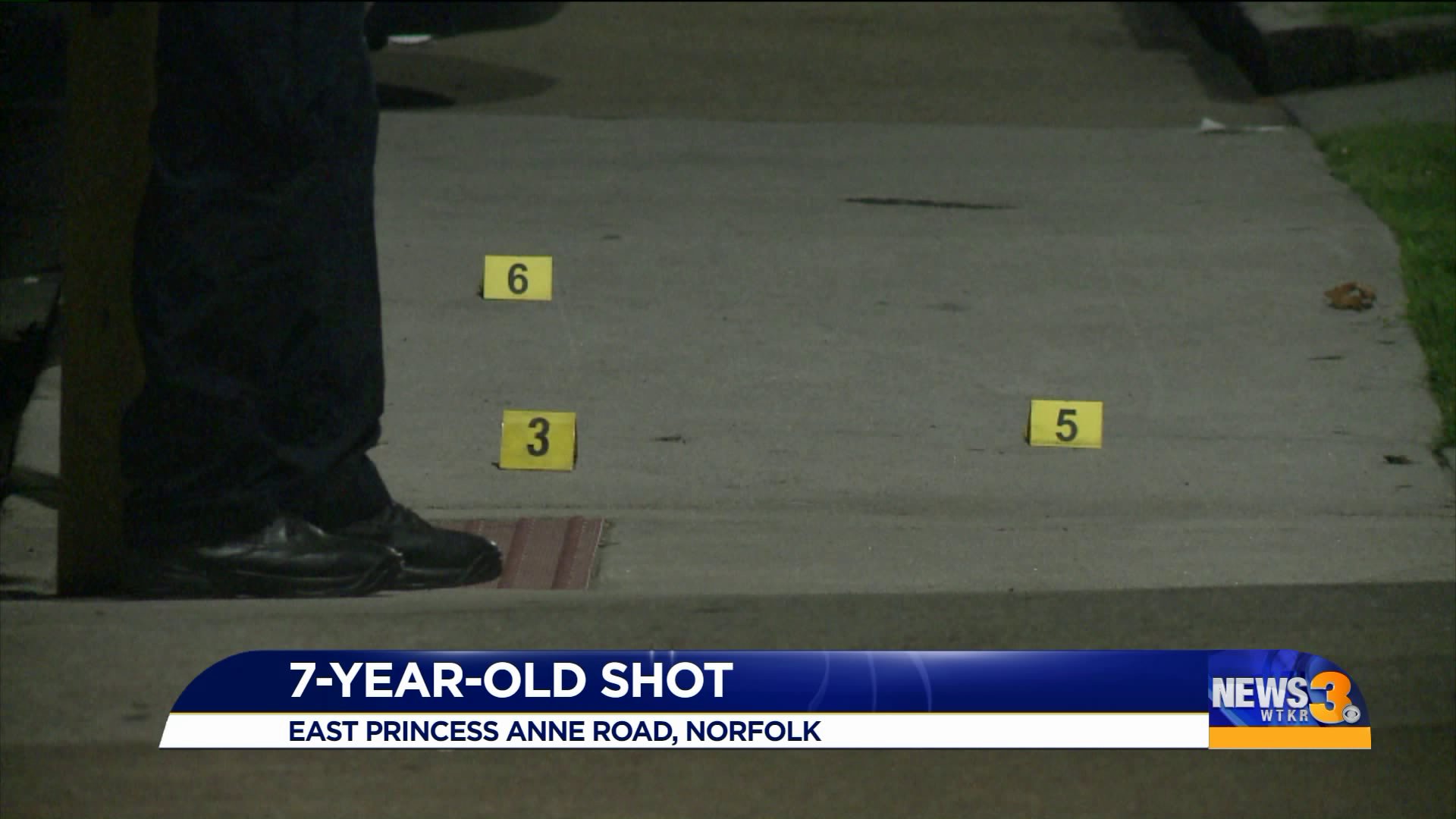 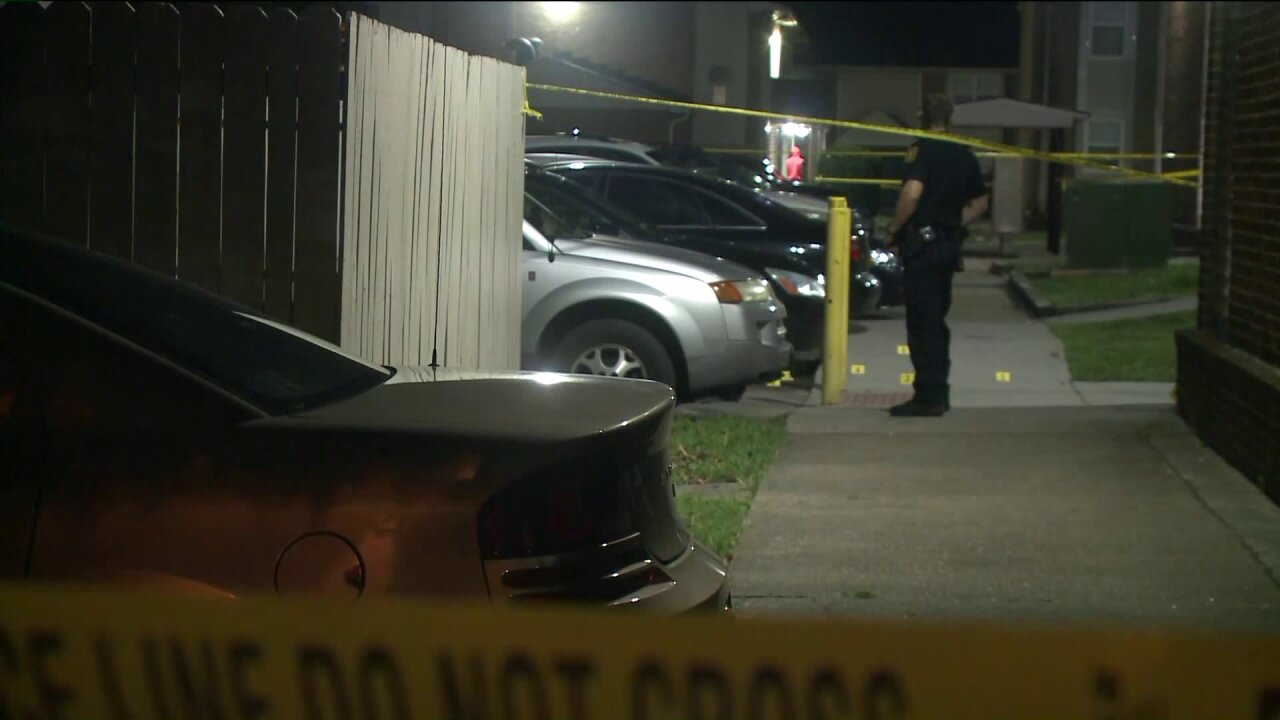 NORFOLK, Va. - Detectives with the Norfolk Police Department are investigating after a 7-year-old girl was shot Wednesday night.

The call came in around 10:30 p.m. for a gunshot disturbance in the 800 block of E. Princess Anne Road. When police arrived, they found the little girl on Goff Street.

Thursday morning, the child's father and grandmother spoke to News 3.

"She was just as sweet as she could be," the 7-year-old's father told us.

Family says the kindergartner was playing hide-and-seek on the playground with siblings and neighbors' kids when bullets started flying.

"It was scary seeing them laying on the ground calling for their mamas and daddies - running, hiding, ducking bullets," said the child's grandmother.

The 7-year-old's grandmother, who didn't want to be named, said this isn't her first time dealing with unspeakable tragedy at the Lexington Park Apartments.

"I'm in shock because nine years ago, my son, Christopher Wilson, was killed out here," she said.

She told News 3 violence runs rampant in the community.

"It don't make no sense. Boys walk around with guns all day long," she said.

The 7-year-old's family said bullets came from the parking lot, and one struck the little girl in the stomach. She was taken to the Children's Hospital of the King's Daughters, where her family said she went through a surgery Wednesday night. The girl is now in stable condition.

"She was like, 'Grandma, why did they shoot me?' They need to put the guns down," the grandmother told News 3.

If you know anything about this shooting, you are asked to submit a tip at P3Tips.com.

#NPDNews. #NorfolkPD detectives are investigating the shooting of a 6-year-old in the 800 block of E. Princess Anne Rd. The child has been transported to CHKD with serious injuries. The call came in around 10:30 p.m. Please submit a tip at https://t.co/fWb8wXvxe5. pic.twitter.com/rQFC1SEqR7