95 Years Young: How one woman’s birthday marks another year at Redskins Training Camp 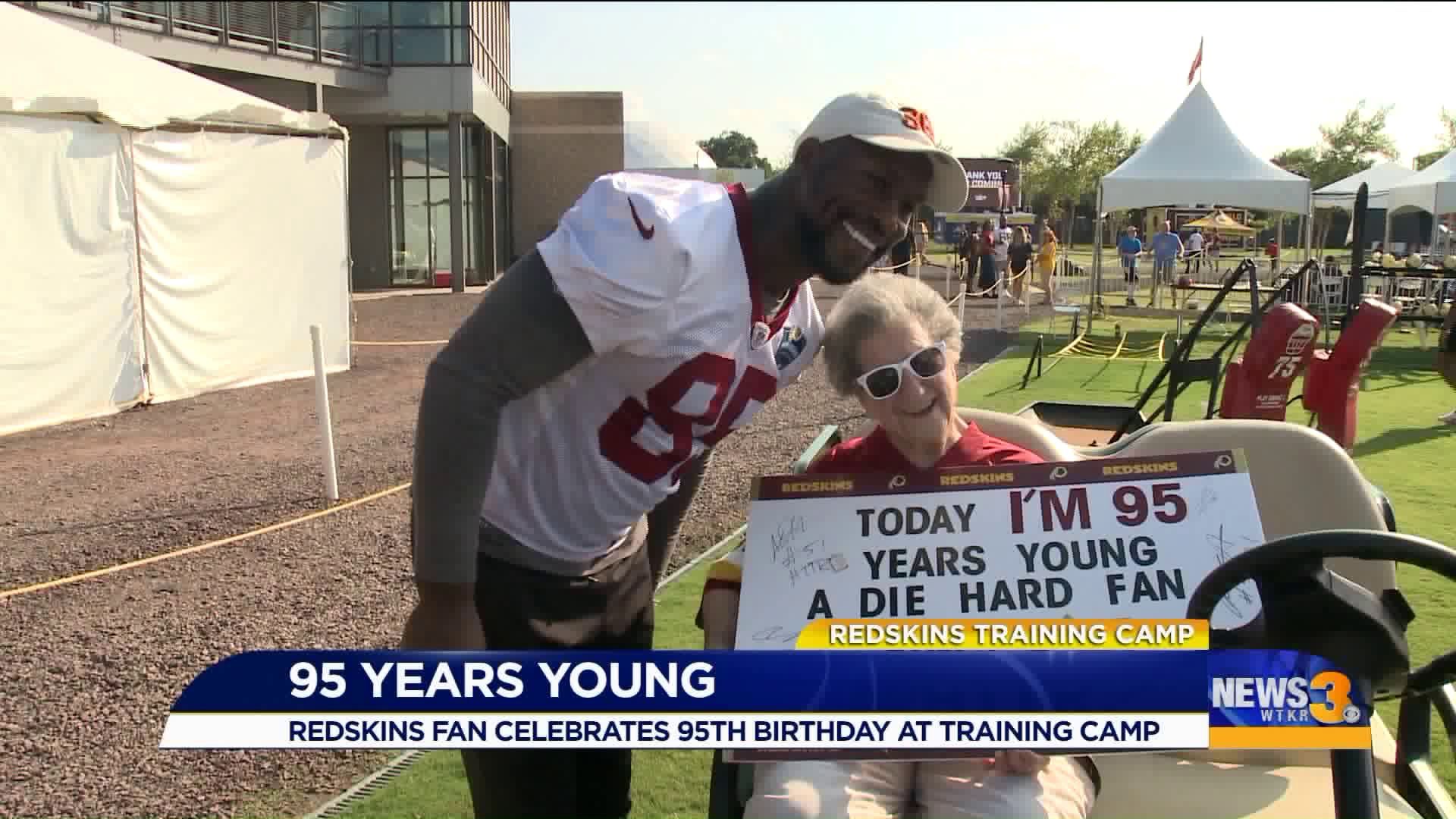 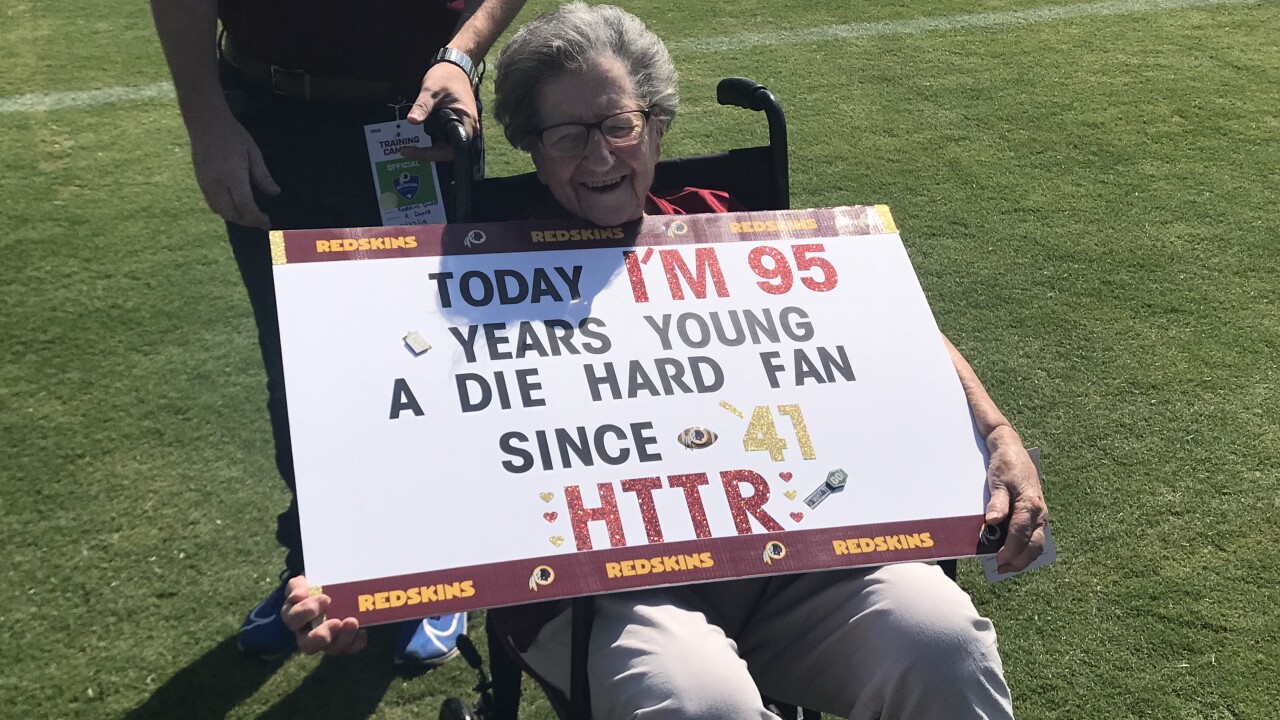 RICHMOND, Va. - It's hard not to notice Melba Jacobson at Washington Redskins Training Camp on July 27 over the last six years.

With special access from the Redskins to the sideline in her wheelchair, along with a birthday chariot (a golf cart) and a tent that she and her family can enjoy, Melba's presence is felt by many when she strolls by with a sign saying, "Today I'm 95 Years Young."

Melba lives in Silver Springs, Maryland. But for the 95-year-old woman who has been a die hard Redskins fan since 1941, the drive down Interstate-95 is nothing compared to the joy camp brings her.

With a smile on Melba's face, while sitting in her birthday chariot driven by Redskins staff, she is welcomed with hugs, well wishes and autographs from players that have grown fawned of the lady.

Melba has the help of her family to thank for getting her to the camps over the last few years, and for setting up the experience through the Redskins organization and its owner Daniel Snyder, who personally has visited her over the times she's been at camp.

Her son Jay Jacobson said the family enjoys seeing and hearing feedback about her interest in sports, and are always excited to have fans, friends and teams be apart of celebrating her. 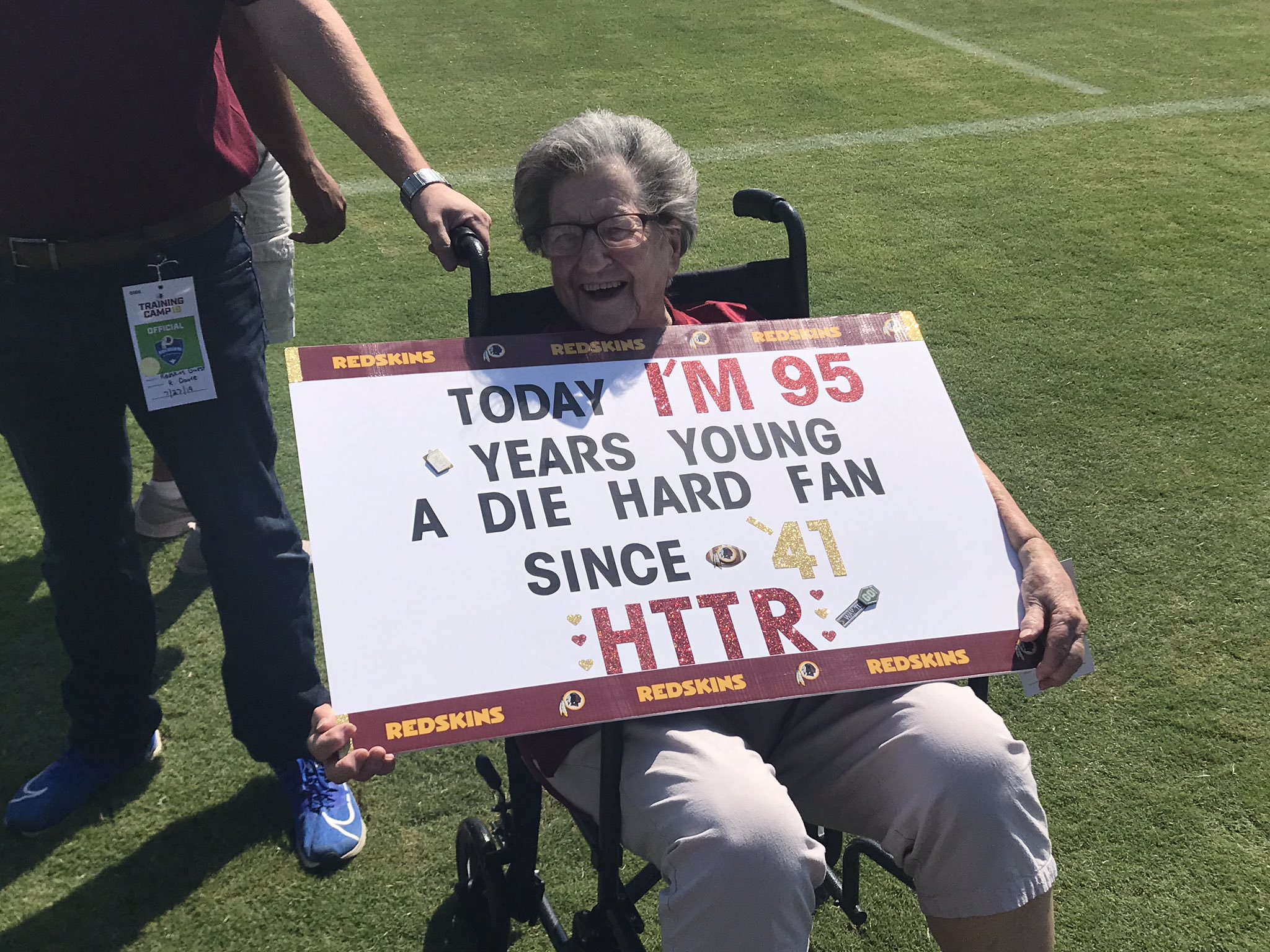 While Melba Jacobson said she's had a variety of favorite Redskins players over the years, she also said she enjoys seeing the new faces that come and greet her at camp.

Among the players to stop by and visit with Melba on her birthday Saturday included defensive back Josh Norman, punter Tress Way and tight end Vernon Davis.

Melba says she enjoys seeing the players come up and greet her, and then seeing them on TV; sharing with those around her that at one point, during the hot summer days at training camp in Richmond, they took the time, briefly, to visit with her.

Goooood morning! We are exactly six Sundays from the #NFL’s season opening weekend.