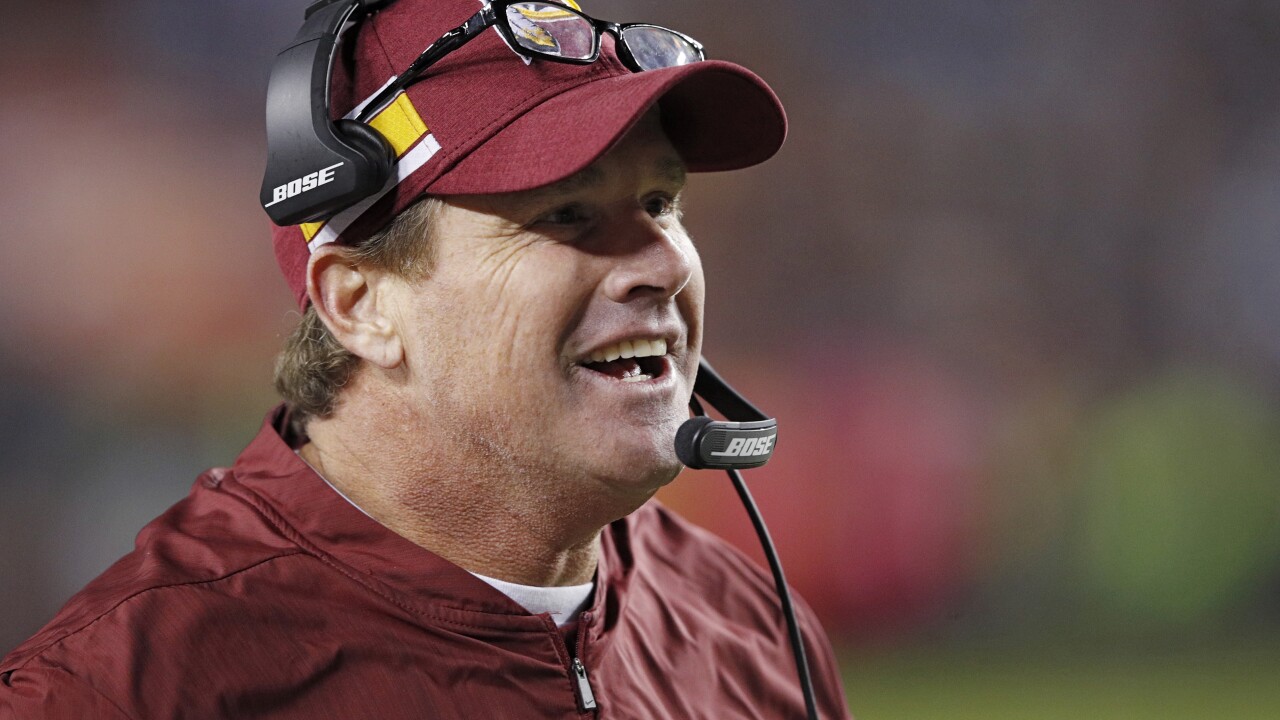 Head coach Jay Gruden of the Washington Redskins. (Photo by Will Newton/Getty Images)

Following the conclusion of test, Gruden will meet the media in what some call his annual ‘State of the ‘Skins’ press conference.

We expect an update on seven-time Pro Bowl selection Trent Williams. Per multiple reports, the Redskins star offensive lineman does not plan to report to training camp.

Also, what will the team do with injured quarterback Alex Smith? Smith, who suffered a gruesome broken leg in October, recently had his external fixator removed – but the franchise QB is not expected to return to football this season.

News 3, Hampton Roads’ home of the Redskins, will have live coverage from training camp in Richmond each day the Redskins are practicing. News 3 Sports Director Adam Winkler’s live coverage begins Wednesday during News 3 at 5:00 p.m.