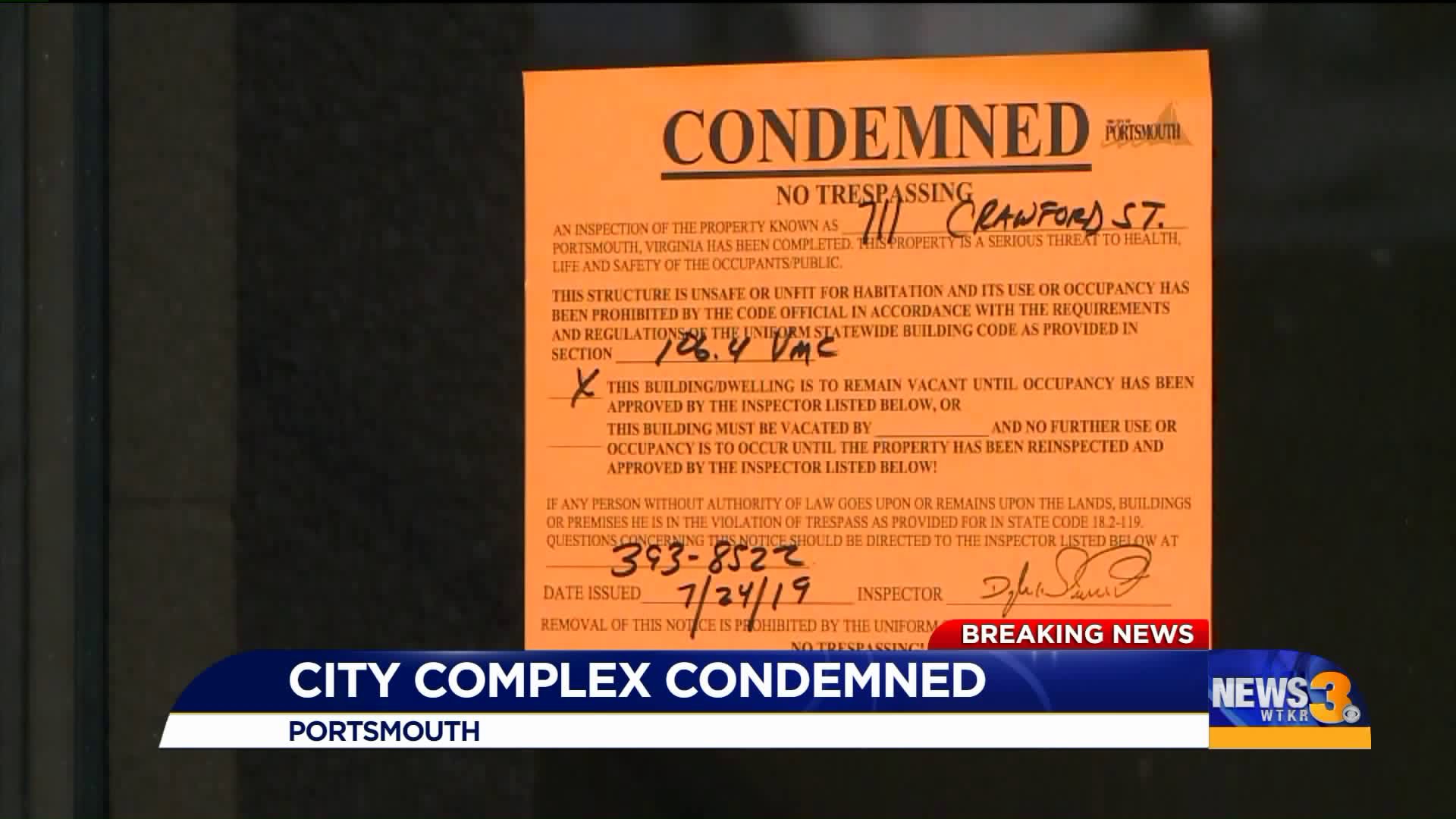 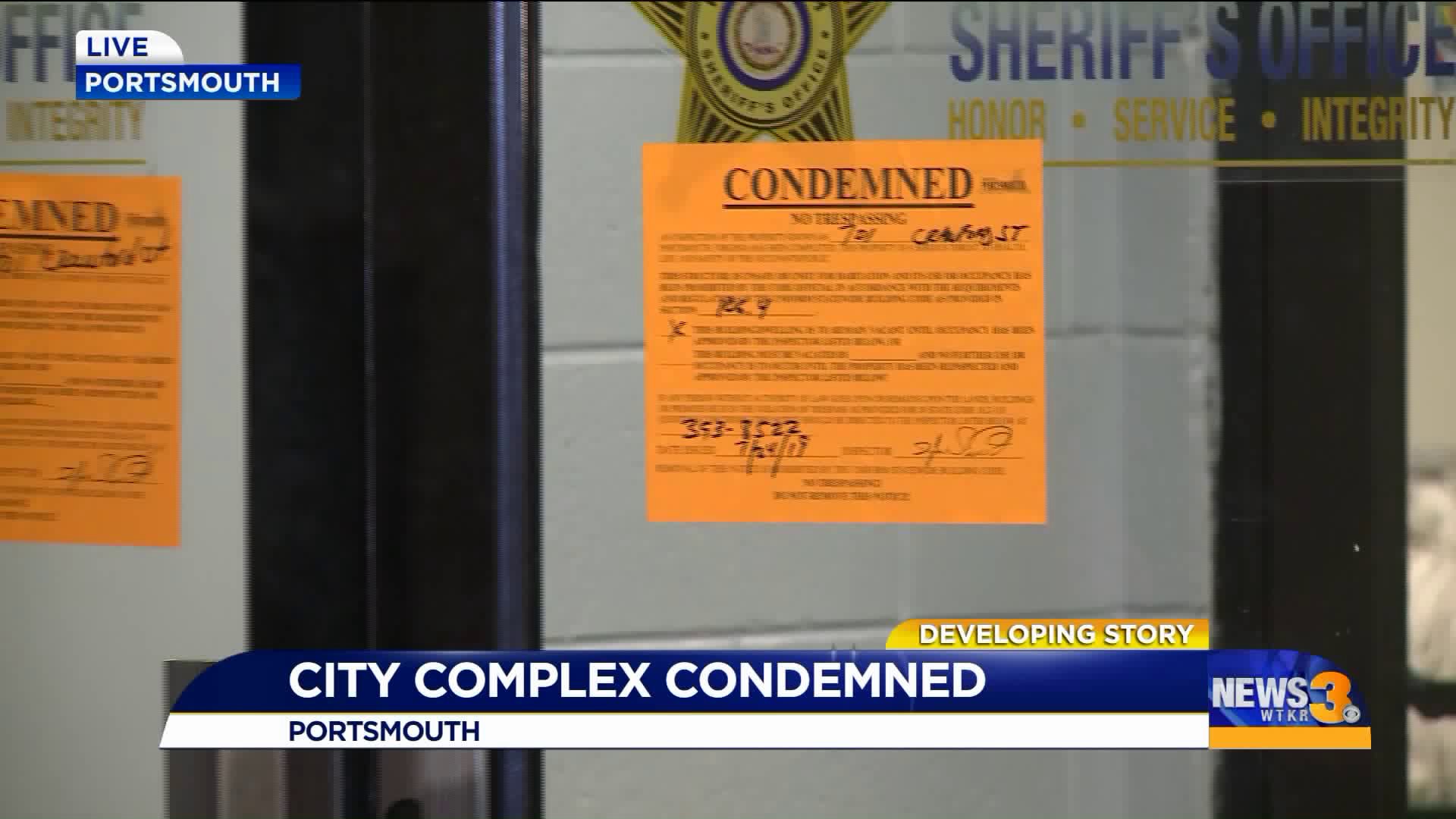 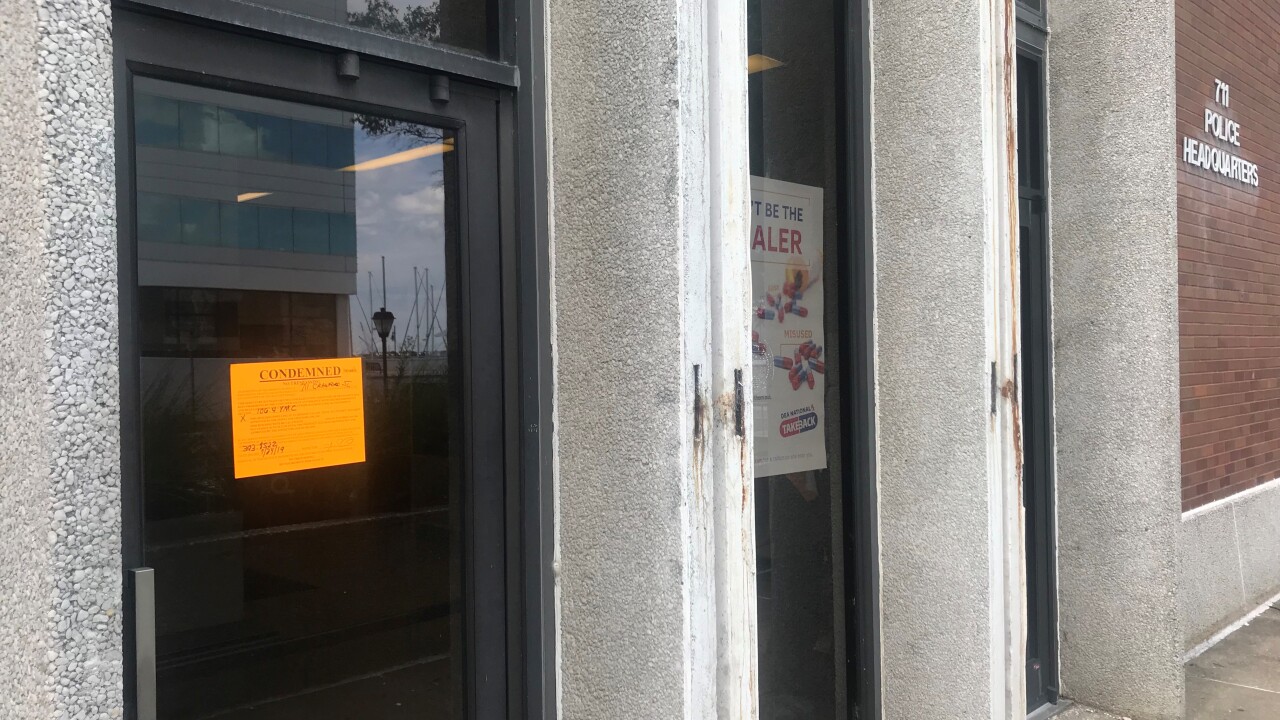 PORTSMOUTH, Va. - The Portsmouth civic center complex has been condemned and all personnel have been told to evacuate after an assessment of the building found it "unsafe for human habitation."

The civic center complex includes the Portsmouth City Jail. City Manager Lydia Pettis Patton told News 3 all issues regarding inmates are something the sheriff must deal with.

Patton said she believes the inmates will be transferred to Hampton Roads Regional Jail, where there are 250 beds.

Patton said this shouldn't be a surprise to the sheriff because he knew about a study assessing the conditions of the building. When it comes to deputies being laid off, she said she is confident they can find work elsewhere.

Patton presented a letter of her findings at a workshop Tuesday night:

City Council, you tasked the City Manager with assessing the condition of the Portsmouth City Jail, its facilities and ancillary offices relating to the structural integrity, environmental safety (asbestos), and mechanical components.

You directed me to use professional evaluators and experts in three areas. The city retained the services of Clack Nexsen for the structural assessment and life safety, Applied Laboratory Services for the environmental assessment and Pace Collaborative, P.C. for the mechanical, electrical and plumbing assessment.

The assessment of the City Jail facility and ancillary offices, which includes (Police Record Unit, Property, and Evidence Unit and City Records). As a result of the overall assessment, the following is apparent. The jail and the ancillary offices are housed in a building that is over 50 years old (1966 and 1970) and have reached the end of its useful service life. The building is unsafe and unsuitable for human habitation.

I have been advised by the city's building official Mr. Doug Smith, MCP (Master Code Professional) and Mr. James Wright, PE City Chief Engineer, that the building must be vacated immediately and plans put forth for accommodations to be made for all its occupants elsewhere.

I will meet tomorrow with Chief Angela Greene, Chief of Police, Cheryl Spivey, CFO, and Sheriff Michael Moore, whose staff/inmates are occupying the building. I will inform the administrators of the building condition and the need to work with the city's Logistic Staff, lead by Deputy City Manager Bob Baldwin, to immediately develop and implement a plan to vacate the building.

The City Attorney is aware of the action and is advising as I take the necessary steps moving forward to the closure of the city complex.

There are currently 258 inmates and 80 deputies, including medical staff, at the jail. 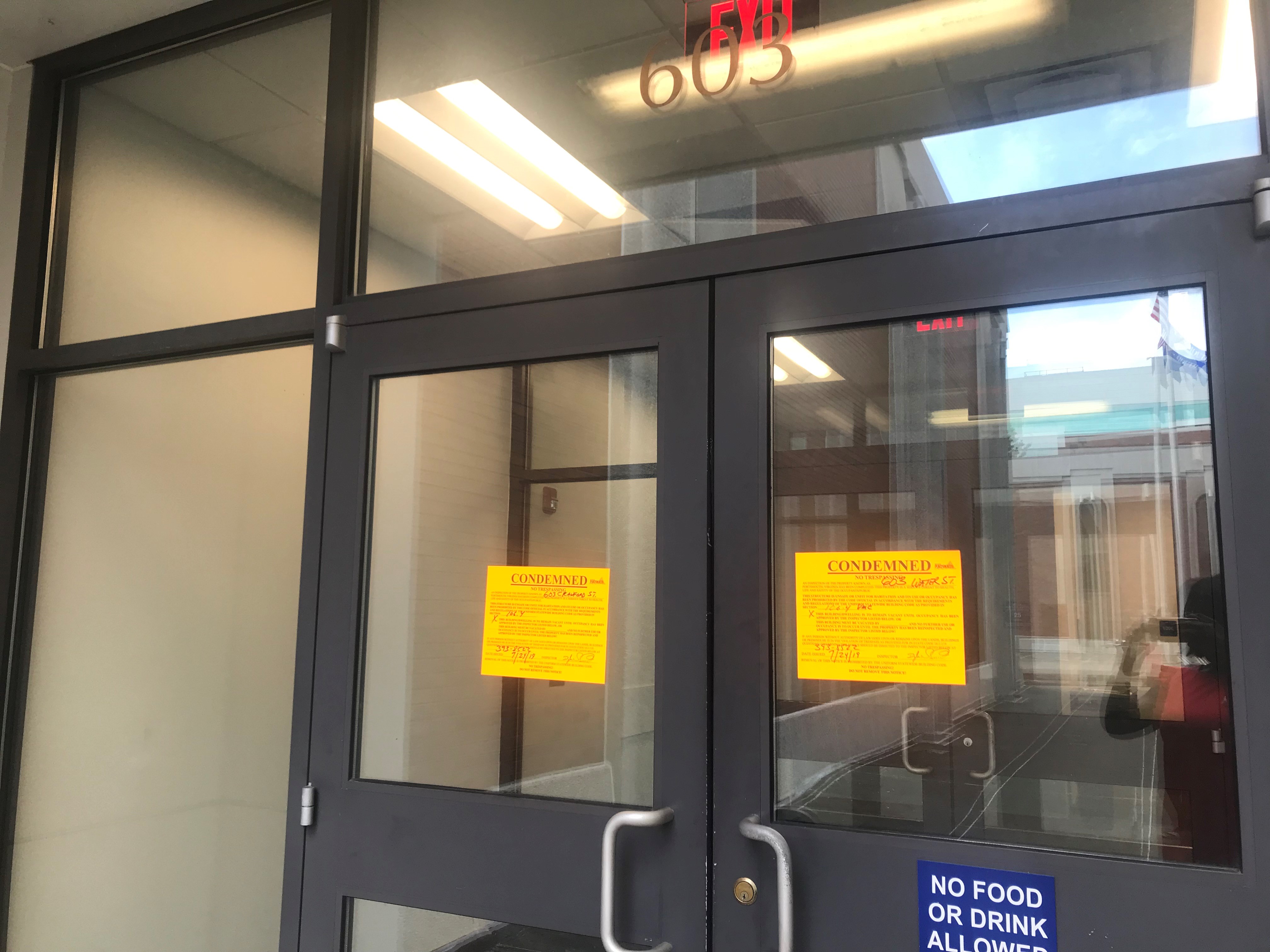 Portsmouth Sheriff Michael Moore told News 3 he didn't want to send the inmates to Hampton Roads Regional Jail but didn't elaborate. He said he is busy trying to figure out where the inmates and staff will go in the coming days.

I refuse to play politics with the Deputies, their families, or the people I’m entrusted with housing in the City Jail and the citizens. The economic impact of closing the City Jail would put over 130 Sheriff’s Deputies out of work and 60 plus contractors. The services that our Sheriff’s Office provides to the community will be lost. I have exhausted every effort to encourage the city to be more than an absentee landlord. I will review every legal recourse to address this jail relocation effort.

"I am so disappointed that a reasonably timed planned meeting with the Sheriff was not able to occur. Someone in City Management and Engineering had to know and realize that the Civic Center Complex, specifically the City Jail was in this level of unsafely occupancy before yesterday. Did the Sheriff receive a copy of the reports that were presented to the Council yesterday?  I truly believe that more attempts to try and work with the Sheriff on a plan of action for condemning the jail would have presented much better."

Thursday, a judge ruled the condemned signs at the complex will come down following a legal challenge by the sheriff against the city.

Judge Johnny Morrison stayed the decision, meaning both sides will be back in court to revisit the issue on Sept. 25.