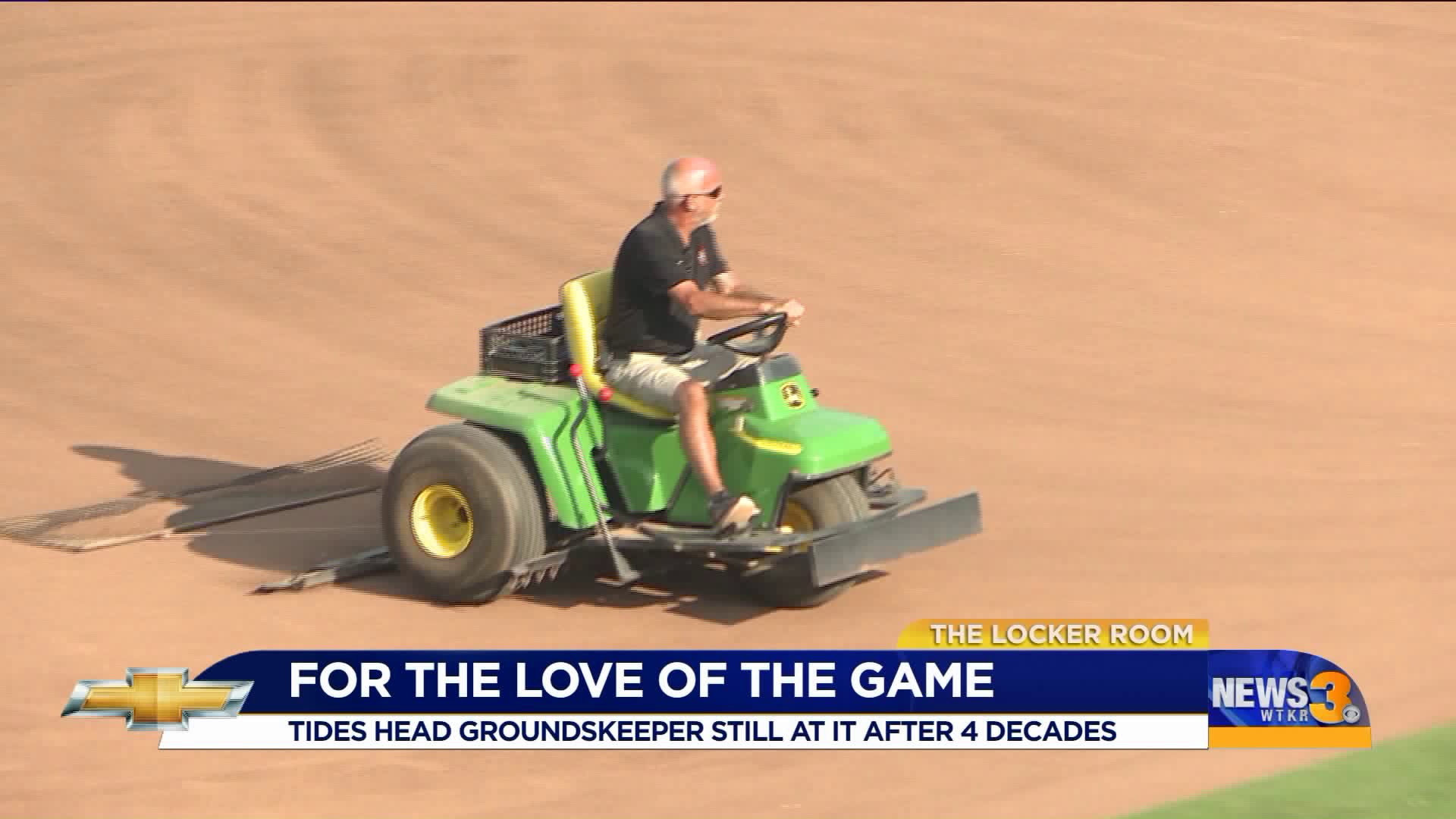 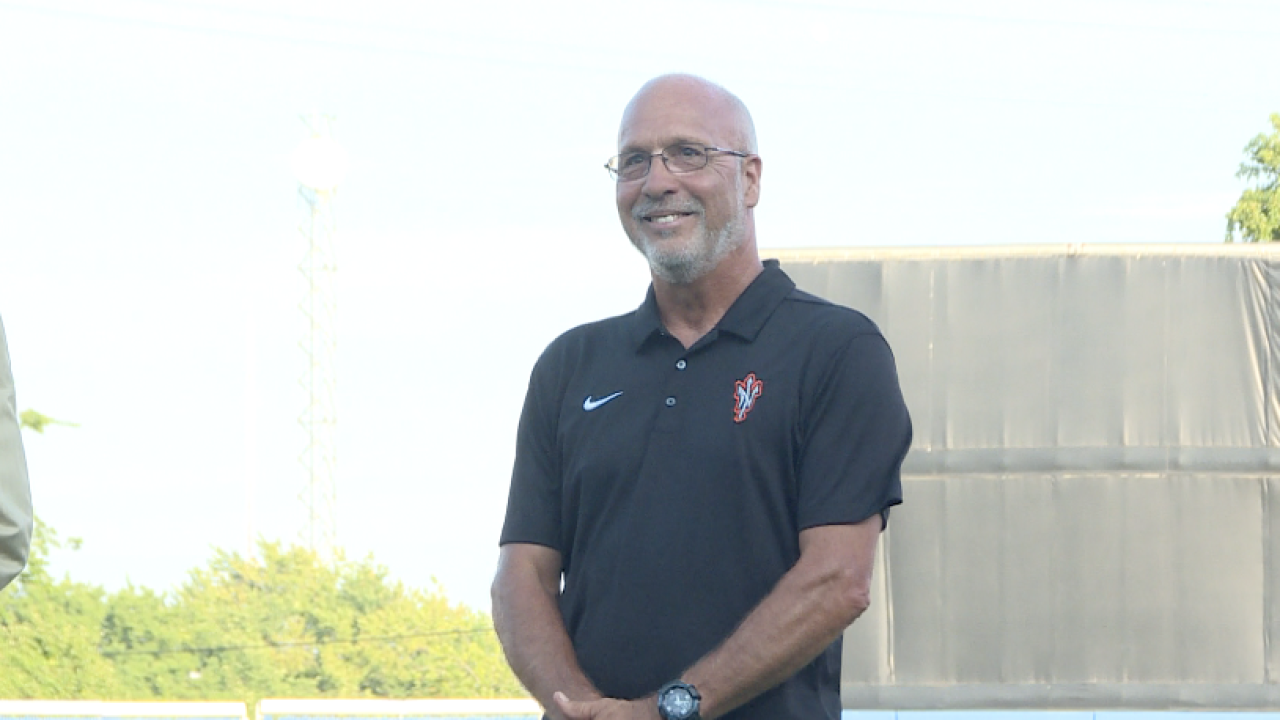 NORFOLK, Va. - At just 19 years old in 1978, Norfolk Tides' Kenny Magner was the youngest head groundskeeper in the International League.

More than fourdecades later, he’s still there. Magner is the is the longest-tenured member of the front office staff and has worked over 3,000 games at Harbor Park, in addition to all the games he had worked at Met Park from 1978 to 1993.

Magner was honored at Friday’s Tides game with the Spirit of the International League Award, which is designed to recognize the essential role filled by individuals who are dedicated to helping make sure League fans have the most enjoyable experience possible.

Norfolk Tides head groundskeeper Kenny Magner receives the Spirit of the International League Award. Magner is the first Tides employee to receive the award, which was created in 2010.https://t.co/XbeOLxNdY4 pic.twitter.com/pX270NjnXC

The award was created in 2010, and Magner is the first Tides employee to take home the hardware.

“We decided roughly ten years ago that we were gonna try to honor someone in the league each year who, to some degree, works behind the scenes," said International League president Randy Mobley. "Works toward bettering the product we present to the fans.”

Magner’s an expert now, but he’ll tell you it took him about ten years at Met Park, the Tides’ old stadium, before he really developed a system that works.

"You always have to be thinking ahead," said Magner. "Last October we were looking out for what was gonna happen in the spring."

But even the most prepared groundskeeper can’t escape mother nature, and that’s where his work ethic comes in. When the weather gets bad, he might have to head to the stadium at midnight or later to make sure the tarp is on the field.

"I could have laid in bed and listened to it rain, then got here and tried to fix it," Magner said. "The way I am I couldn't do it."

Magner has a crew that helps him prep the field pregame, during the game and postgame. It's a crew that, like many ballplayers, can be superstitious and there's one phrase that's off limits around them.

But, despite those long hours of bonus baseball over the course of many decades, Magner would do it all over again if he was back in his 19-year-old self's shoes.