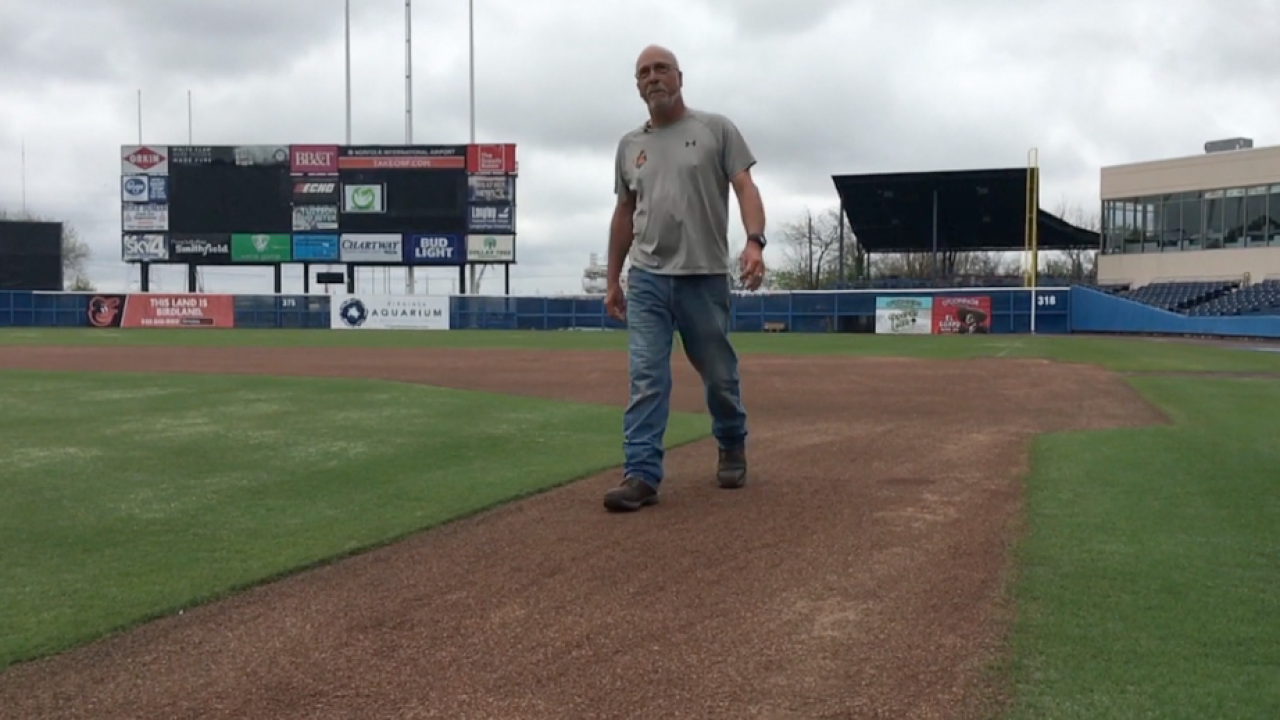 Kenny’s Award will be presented by International League President Randy Mobley at a special ceremony on July 19 at Norfolk’s Harbor Park prior to the game against Lehigh Valley.

In 1978 the Tidewater Tides hired Kenny Magner, making him the youngest head groundskeeper in the International League at the time. Over more than four decades spanning two different ballparks, Magner has overseen every aspect of groundskeeping duties for the Tides. Today he is the longest-tenured member of the front office staff, bringing his invaluable years of experience and a friendly demeanor to work every day.

When the Tides relocated from Met Park to Harbor Park in 1993, it was Magner who installed home plate and the pitcher’s mound. He’s since worked over 3,000 games at the current home of the Tides, including a stretch in which he went 23 years without missing a game. He has twice been honored as the International League Sports Turf Manager of the Year, in 1993 and 1997.

In addition to his daily duties at Harbor Park, Magner has worked tirelessly on behalf of the community over the past 40 years and provided expertise to the benefit of countless youth sports participants. He’s hosted clinics for area groundskeepers and coaches and volunteered his time for local universities, high schools, and youth teams. His greatest impact may be in his leadership role with the Tides Youth Field Makeover Project, overseeing the renovation of fourteen baseball fields in the Hampton Roads community, the Eastern Shores of Virginia, and
in northeastern North Carolina.

The Spirit of the International League Award was created to help recognize individuals who work tirelessly to enhance the fan experience and significantly contribute to the overall success of the production that is today’s Minor League Baseball game. International League ballparks are an integral part of their team’s communities, and each season thousands of individuals dedicate themselves on a nightly basis to helping fans have the most enjoyable experience possible. While some are in more visible roles than others, each and every one of them is vital
to the success of the operation of their team and the League.

Norfolk Tides head groundskeeper Kenny Magner receives the Spirit of the International League Award. Magner is the first Tides employee to receive the award, which was created in 2010.https://t.co/XbeOLxNdY4 pic.twitter.com/pX270NjnXC