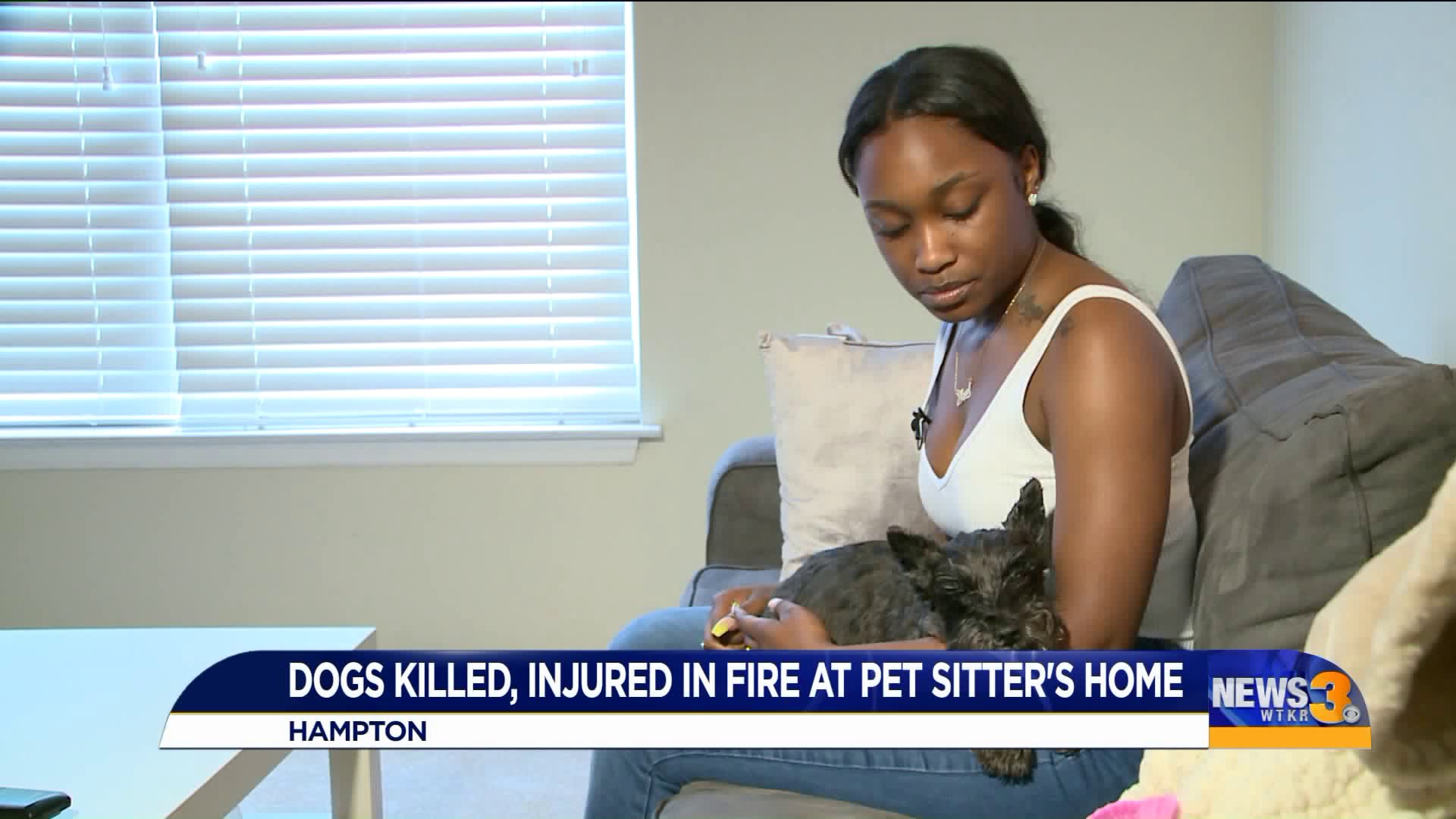 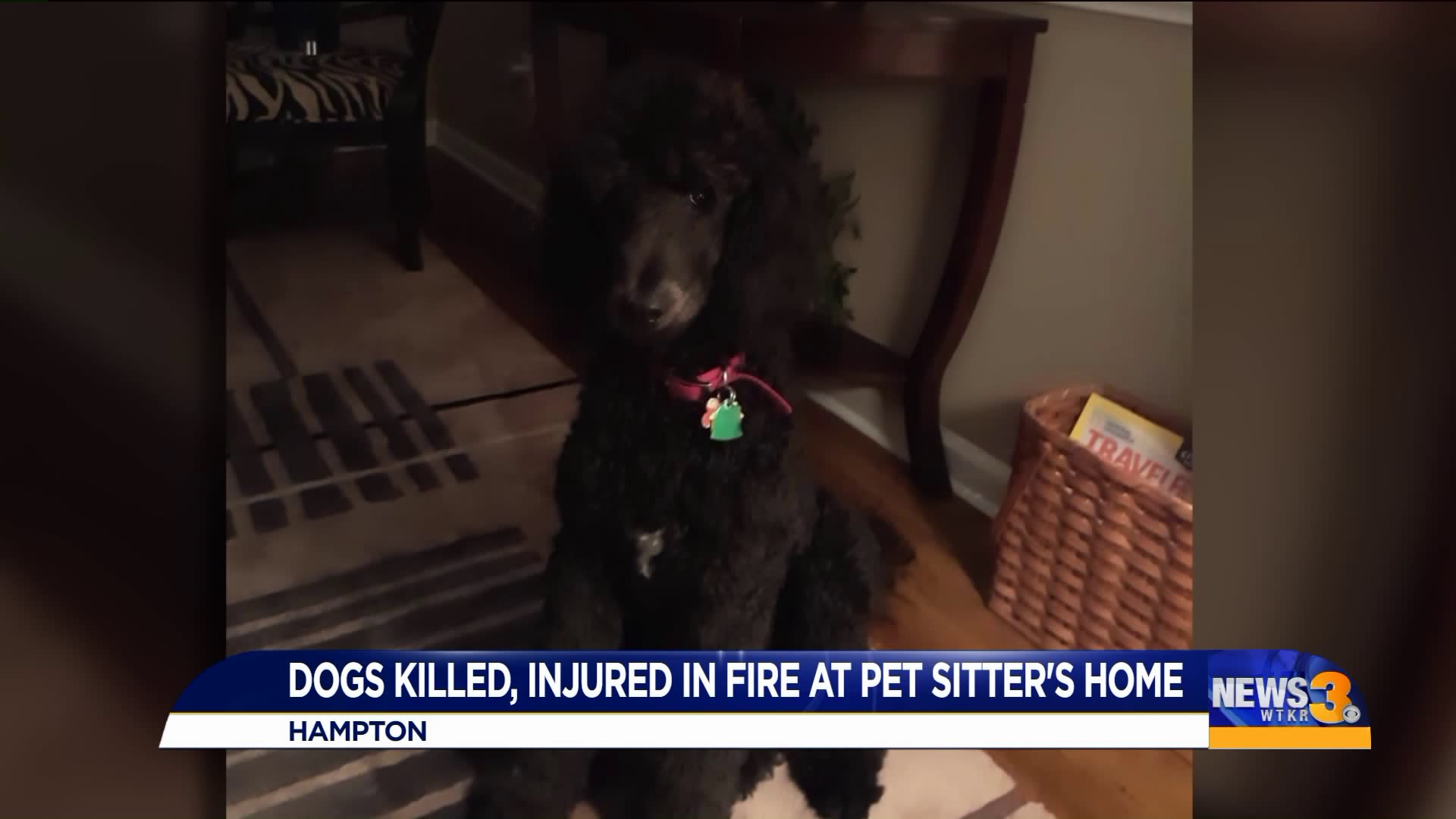 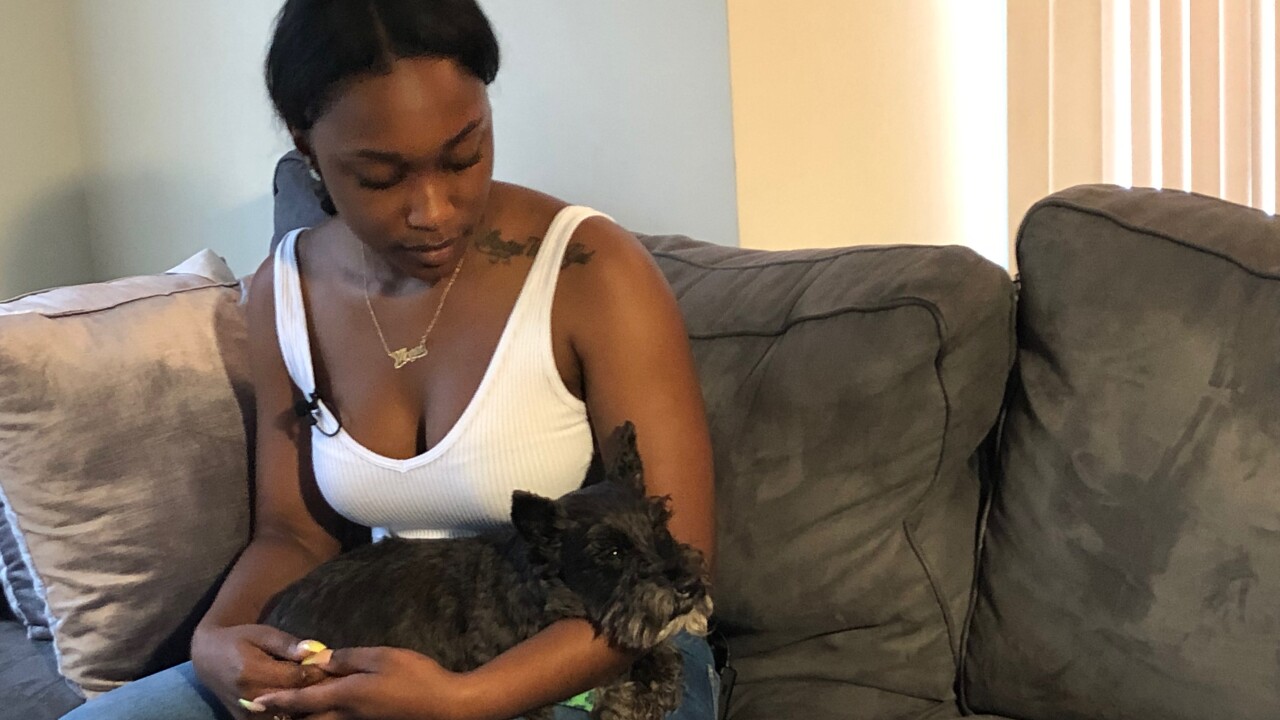 HAMPTON, Va.— Families returned home from vacation to the horror that their pets were killed and injured in a fire at a Hampton pet sitter’s house. The sitter had 14 dogs in their home, and two died during the blaze on Friday.

One of the dogs that died was Beverly Sonon’s black poodle, Sofie.

“They’re your babies, you know? You do your best to take care of them,” says Sonon.

It’s a nightmare no dog owner ever wants to think about— a pet dying while in the care of sitter.

Sonon left Sofie with a sitter she found online at Rover.com while she went out of town for the Fourth of July weekend.

“I just want some answers. I just want to know why the house caught on fire. Could it have been avoided? Was somebody playing with fireworks? I don’t know,” says Sonon.

Sonon blames herself for being the one who chose the sitter from Rover.

"My husband went with me to talk to them, and he said it seemed okay— they seemed like okay people and the house looked okay, so we left," she said.

Sonon also left her dog, Holly. Holly escaped the house fire. Sonon says the sitter told her Holly was fine, but the dog is now on medication for smoke inhalation.

Sonon knows it’s too late for her Sofie, but she hopes her story will encourage others to do their research before leaving their pet with a stranger.

News 3 also talked to another pet owner affected by the fire.

Alazja Kirk says she left her A.J., her 4-year-old toy schnauzer, at the same sitter as Sonon.

Kirk says she also found the sitter from Rover, but said she had left her dog with the sitter in the past with no problem.

She’s also looking for answers about why her dog was injured.

Friday, she got a text message saying she need to pick A.J. up immediately because there was a fire.

“I didn’t know the severity of the fire or if anybody had been hurt or if he had been hurt, but I was told that he was okay, so I immediately found somebody to go pick him up,” says Kirk.

A.J. also suffered smoke inhalation. He was hospitalized for the next two days and put on two different medications because of trouble breathing and eating.

“I wasn’t aware there was going to be 14 dogs there at one time... to me it seems kind of excessive to have 14 dogs in the house at one time,” says Kirk.

Hampton Police say if someone were to operate a business boarding animals, they would be subject to certain regulations.

It is unclear if those regulations would include the number of dogs allowed in a home at one time.

The Hampton Fire Department is still investigating the cause of the fire.

"I’m not the only one suffering; I’m very aware of that, so I’m giving her time to get her life back together as well, but I still do want answers because he still can’t breathe. He’s still fighting for his life, and at any moment I can rush him back to the hospital," says Kirk.