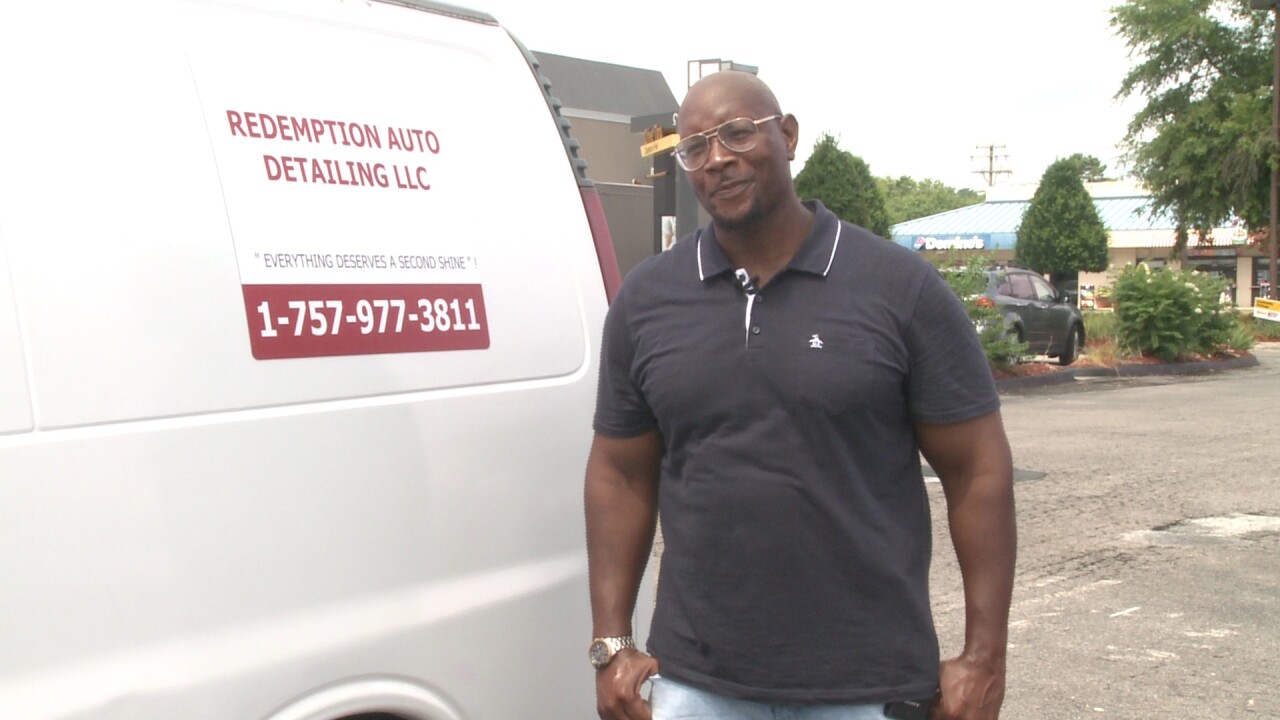 When he was only 18 years old, Phillips and his attorneys say he was wrongfully convicted of rape and abduction. Twenty-seven years later, the Innocence Project helped get him out of prison.

While he has been free for the last nine months, he hasn’t yet been exonerated. He still has to register as a sex offender, is on probation and his conviction is still on still on his record. As he works to get his name cleared for good, he is using the freedom he has to make up for the time he lost behind bars.

“Even though I shouldn’t have to have a second chance because I didn’t do anything in the first place, I said I was going to take this opportunity to step out and fulfill my dreams,” explained Phillips.

Redemption Auto Detailing LLC launched a few months ago. Darnell bought a van, along with cleaning supplies, and is now driving through the seven cities building his mobile auto detailing business.

“To me, it’s just a dream fulfilled,” said Phillips. “Nine months ago, I was in a prison cell. I never gave up hope, so when I look at this business I see that there is hope for a person.”

Phillips says his business combines two of his passions: Cars and being an entrepreneur.

Phillips still has a long way to go before he can get all of his freedoms back, but in the meantime he says he is just grateful to serve drivers in Hampton Roads and is already making big plans for his business.

If you would like to learn more about Phillips’ services or schedule an appointment for anything from a basic car wash to a interior deep cleaning, call him at 757-977-3811.