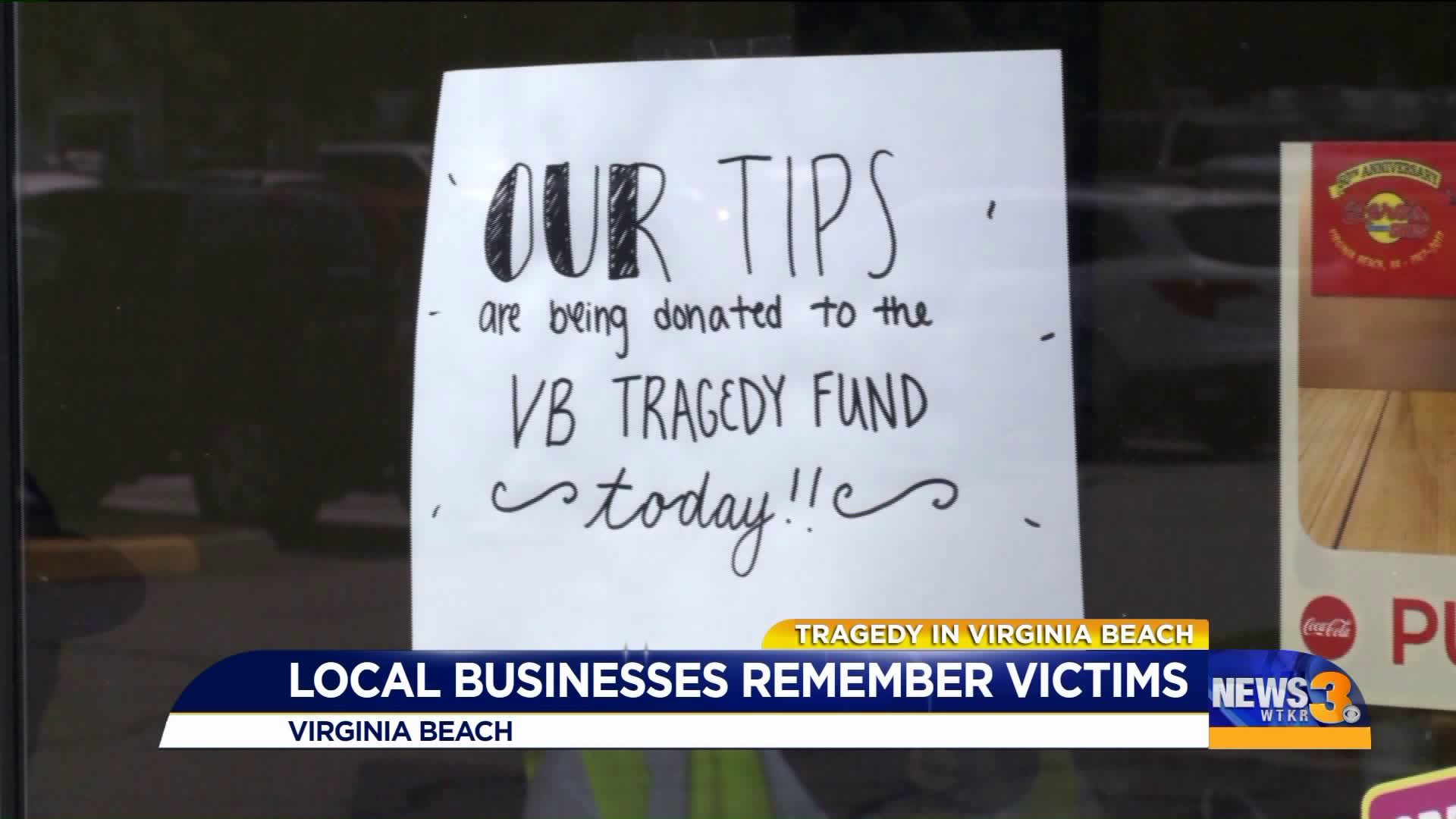 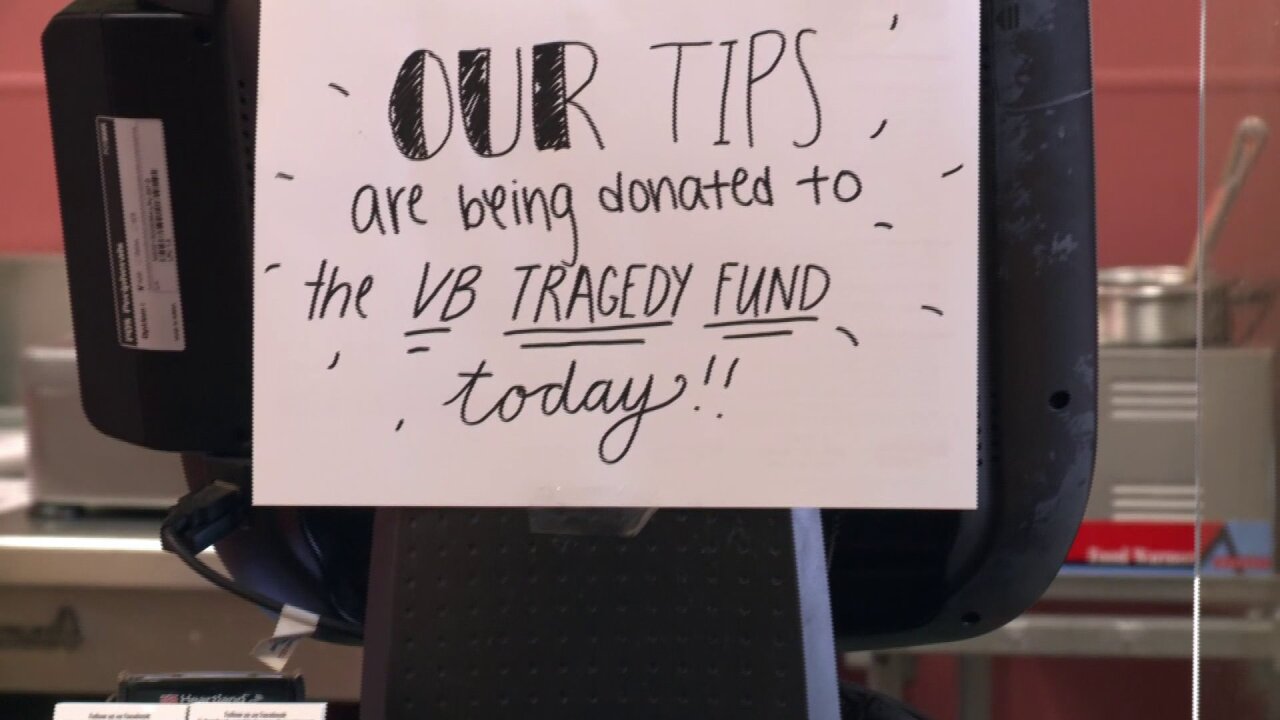 VIRGINIA BEACH, Va.— Steps away from the Virginia Beach Municipal Center, local businesses at the Courthouse Marketplace Shopping Center are remembering the victims who were their regular customers for years.

Mary Agagas is the the owner of the Tropical Smoothie Café. She says Friday, she realized some of her regular customers she saw just hours earlier were among the 12 killed in the mass shooting.

Discounted drinks in the mornings kept familiar faces coming to the café.

“Two of the ones that were on that list came in the morning for happy hour,” says Agagas.

Agagas says half, if not more, of the shooting victims were regular customers at her business.

The interactions were just small in the moment, but looking back there’s a flood of memories. 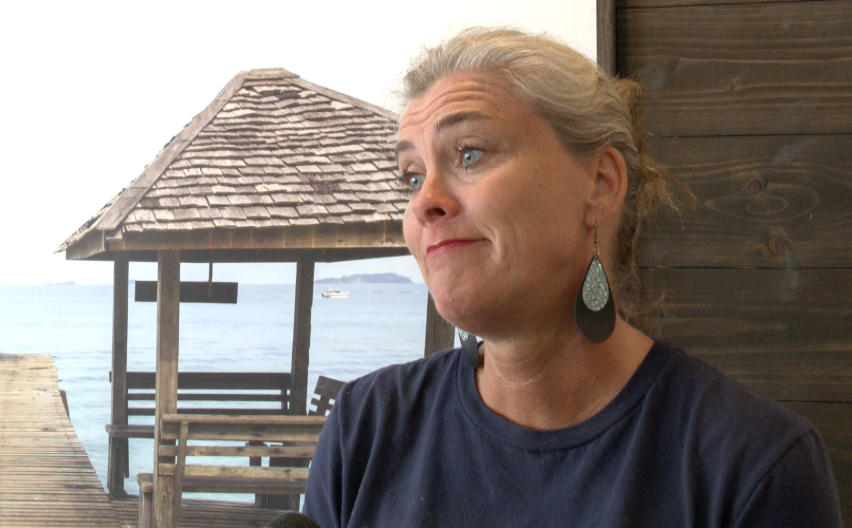 “Quita - I loved her. She was always so cheerful and upbeat, and she always got a ‘Health Nut’ with spinach. She wanted to be healthy,” Agagas remembered.

“She would actually stop and say ‘Hi, good morning,’ and everything to them, and then all of a sudden they were smiling.”

And then there was Keith Cox, who never ordered for only himself.

Agagas says many workers remember the victim’s names and orders— all the little things you pick up on during brief but frequent interactions.

“My staff knew Herb and Rob. Every day as soon as they walk in—Tara did one line of orders every single day… every single person was a great person.”