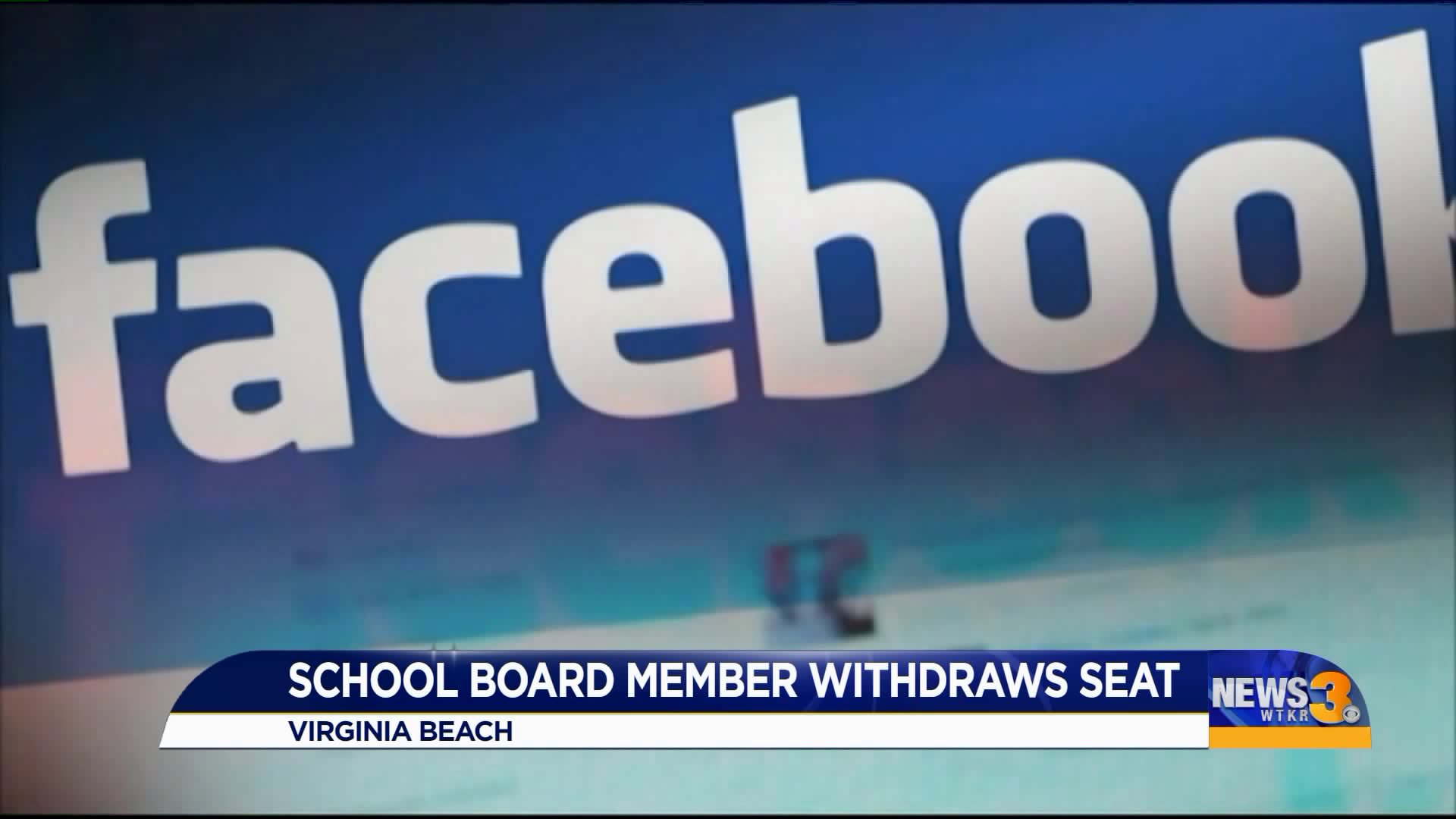 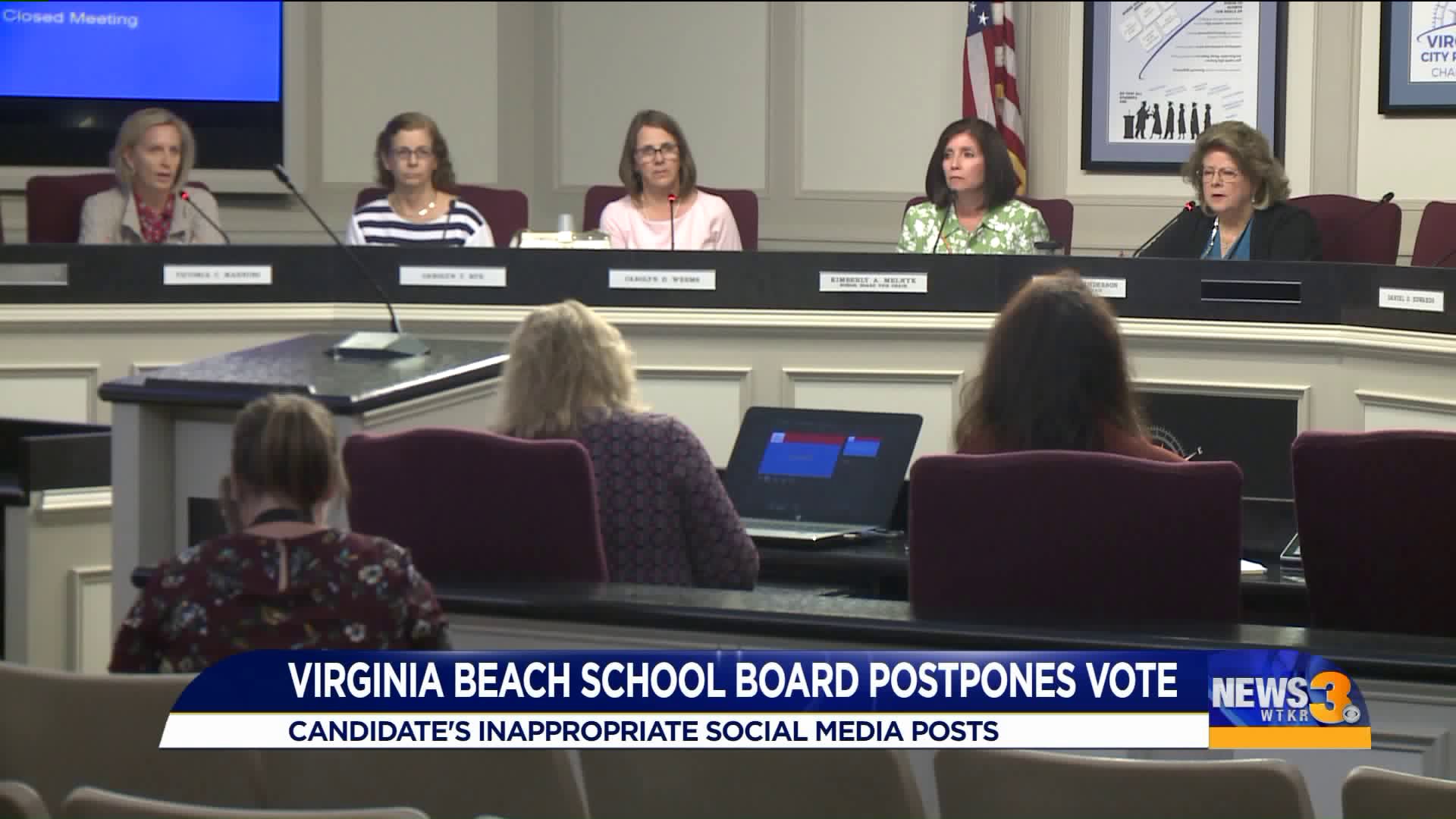 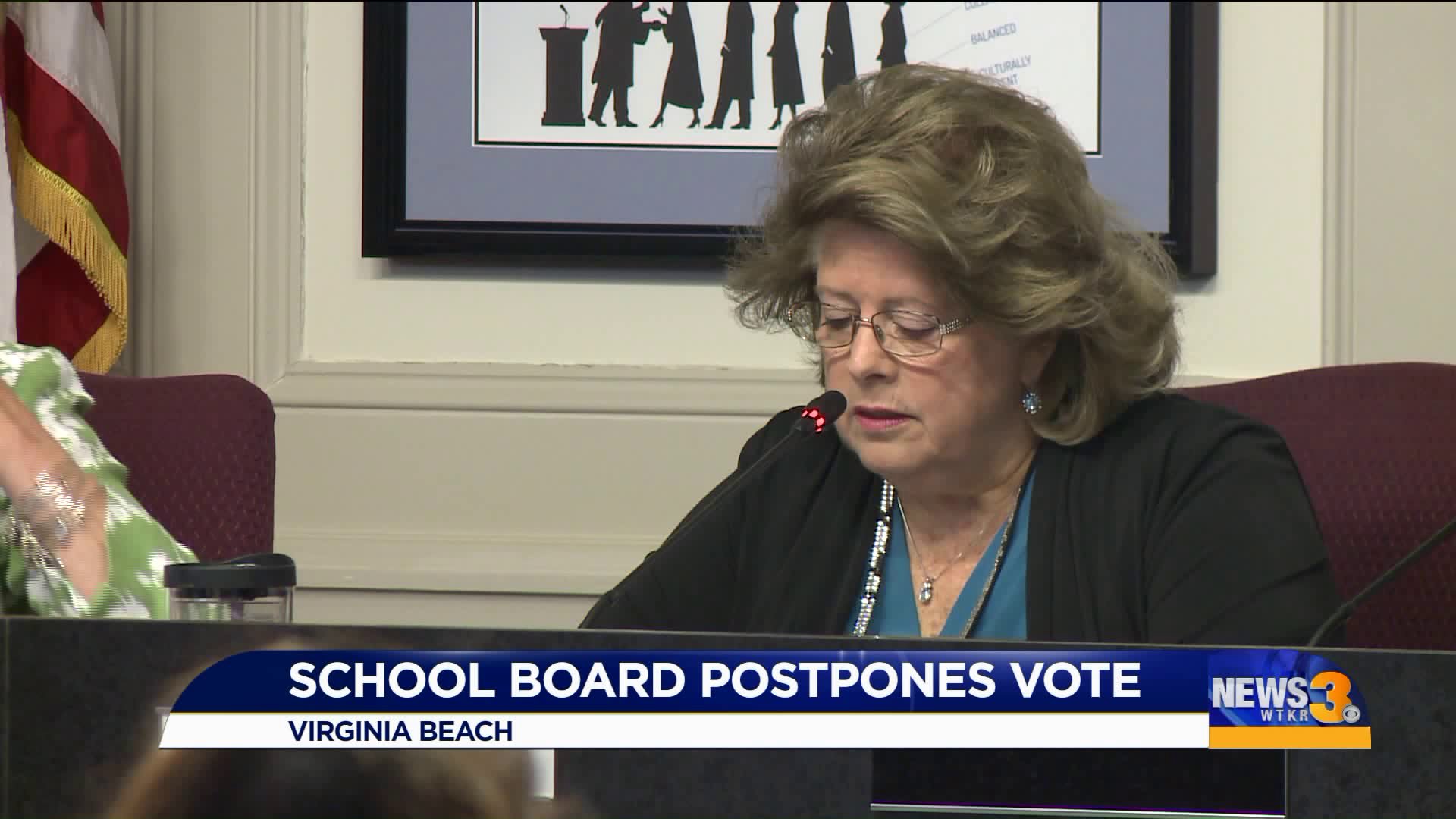 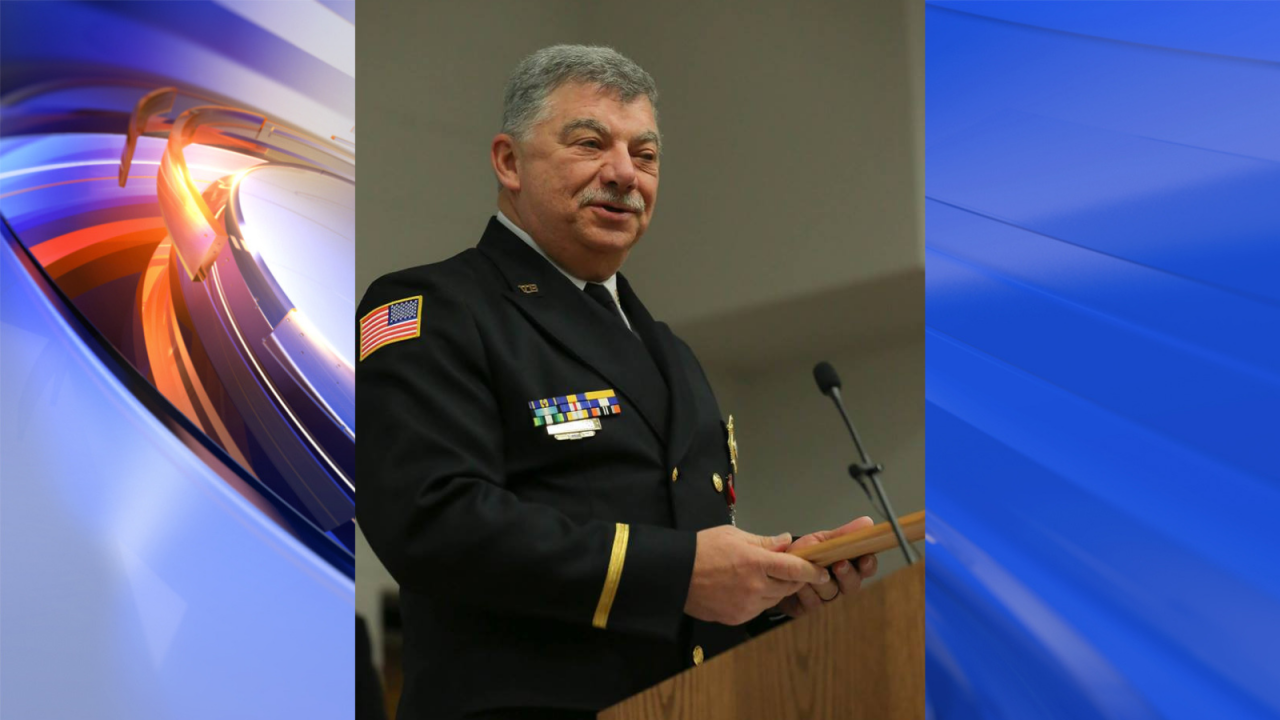 VIRGINIA BEACH, Va. - A candidate for the Rose Hall District seat on the School Board of the City of Virginia Beach has withdrawn his name from the selection process after inappropriate social media posts surfaced.

Michael Mullins, a retired captain with the Virginia Beach Fire Department, was unanimously voted to the position. He was scheduled to be sworn in Tuesday, May 28.

Social media posts made in Mullins' name in 2015, which the School Board called "disrespectful and offensive," were discovered after his 9-0 appointment to the board. The posts included images of women's breasts, the Confederate flag and disparaging posts about protesters and Muslims.

The posts "do not align with our values as a school system," the School Board said.

The School Board accepted Mullins' withdrawal Wednesday morning. It voted unanimously to postpone the vote on the two remaining candidates for District 3 until May 28.

Update | The board voted unanimously to postpone the vote on the remaining two candidates for District 3 until May 28th. @WTKR3 https://t.co/dEKqSUTo6N https://t.co/jo4kcZzyFO