Homeowners, businesses clean up after tornado touches down in Suffolk 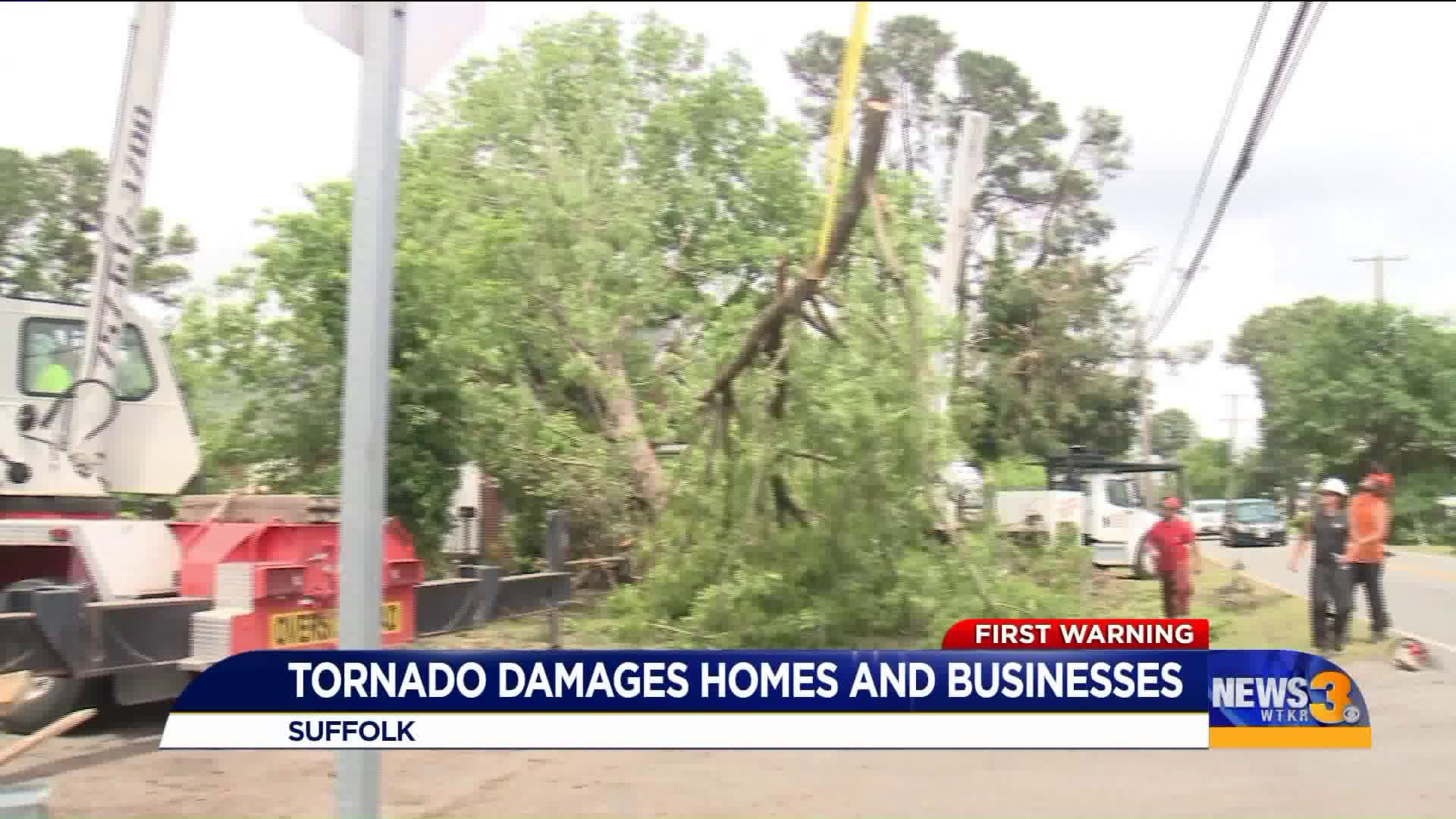 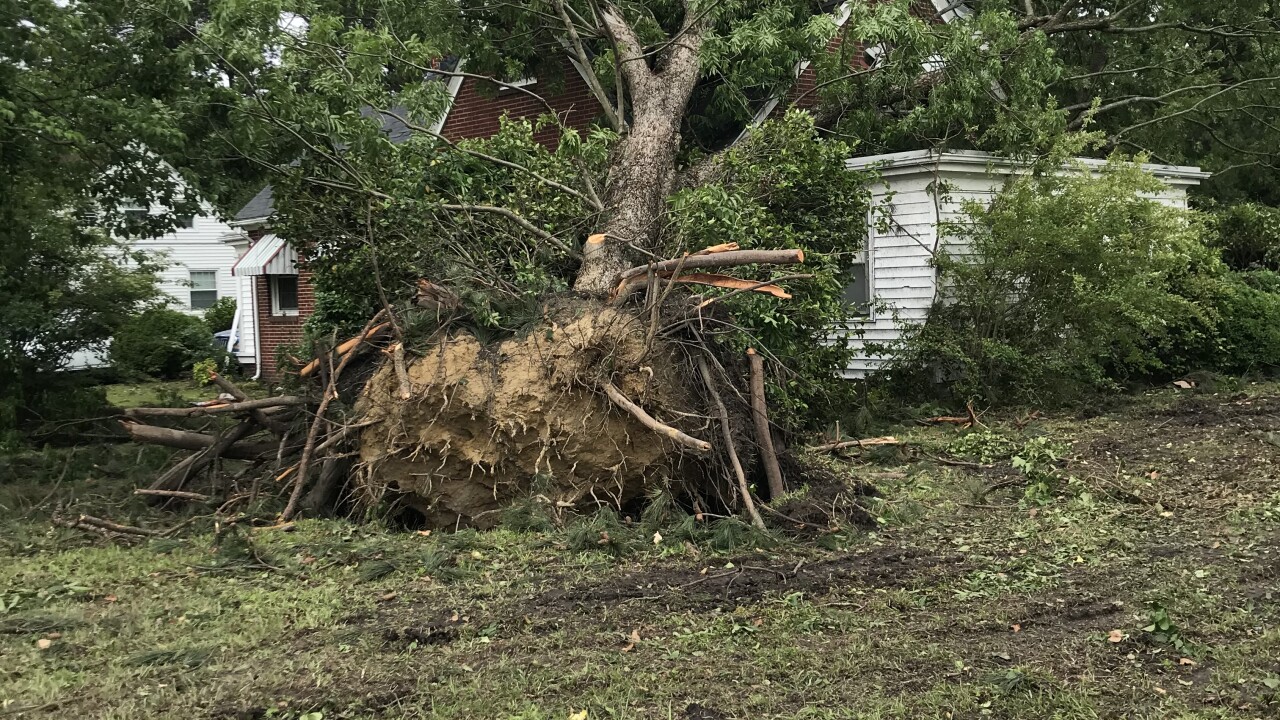 SUFFOLK, Va. - The cleanup continues in Suffolk days after a tornado touches down.

On Saturday night, the City of Suffolk says an EF1 tornado with winds between 85-90 mph damaged more than 30 homes and businesses.

One of the businesses was the Boost Mobile store near Wilroy Road and Pinner Street.

"We just got in today at 10 a.m. and started cleaning. It was a mess of glass," explained Donald Tonge.

Six of the store's windows were shattered in the storm. Parts of his roof were also blown off.

Despite the damage, Tonge considers himself lucky. He decided to close the store early Saturday night for an unrelated matter.

"That glass was way down here, so you can imagine someone getting hurt if we were open at the time," he said.

Down the road, several homes were also damaged by the storm.

David Robinson lives on MacArthur Drive, where 10 homes were damaged. He was home when the sky turned black.

"I started hearing debris and rain coming in, and you can hear the wind picking up and then you see he trees and limbs start waving in the trees," Robinson explained. "And then someone pulled a curtain in front of the window. Literally, it was that solid - it was bizarre."

A large tree in front of his home was uprooted and fell against his home. He also has water damage and broken windows.

"You kind of feel a little numb about it right now. I don’t think I really took it all in. It’s going to take a couple days a week or so to really grasp what happened."

Despite the damage, both Tonge and Robinson consider themselves lucky because everything can be repaired. They are also grateful that no one in Suffolk was injured by the storm.