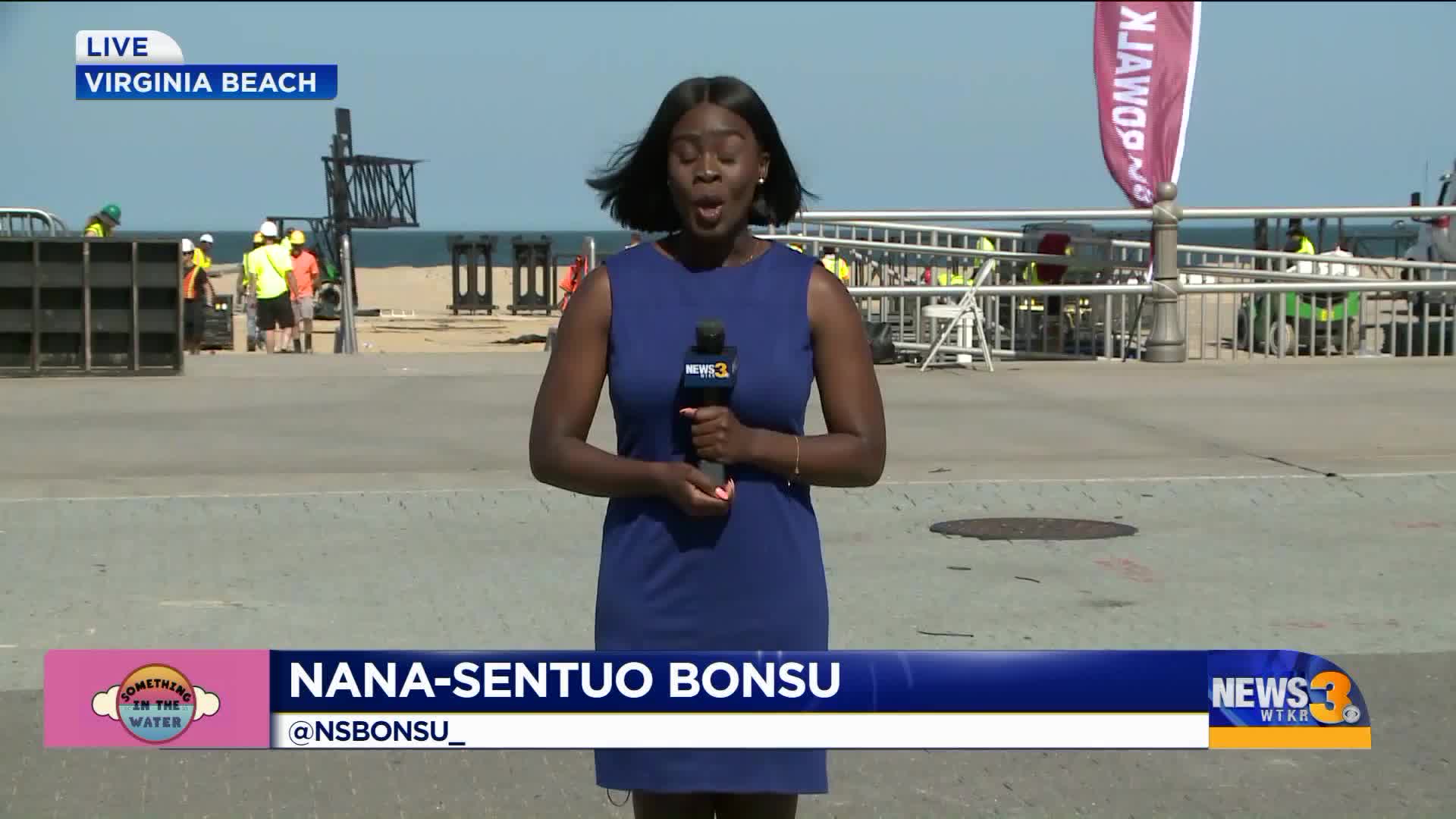 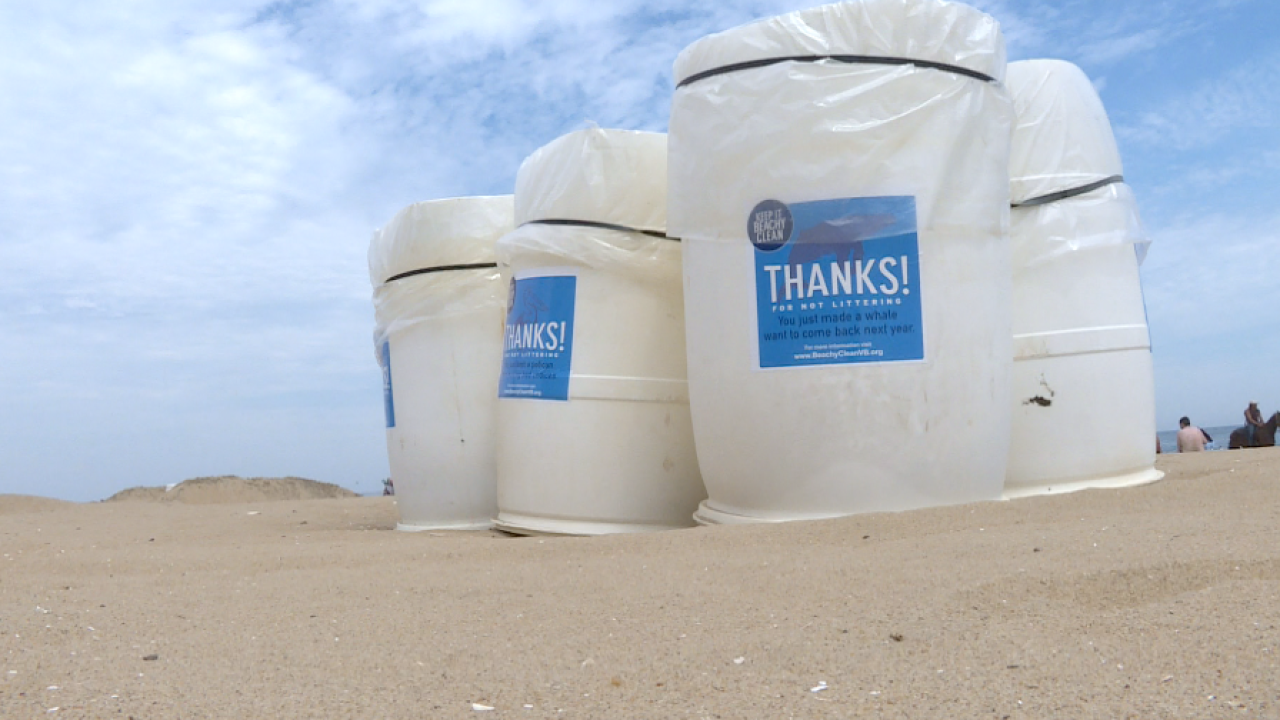 VIRGINIA BEACH, Va. - Mike and Richard are in town for the Monsters on the Beach event in two weeks.

They can’t believe the beach they are looking at was filled thousands of people over the weekend for the Something in the Water music festival. They’re wondering if the piles of trash will be picked up in time.

“We were kind of skeptical wondering if it would be cleaned up in time for Monsters on the Beach," said Mike Hunt.

Keep it Beachy Clean's stickers on trash cans at the Oceanfront

Drew Lankford with Virginia Beach Public Works says the two have nothing to worry about.

“Once they get the stage area clear then we will go in, knock down the burns, clean and have the beach going," Lankford said.

“That was one of the most successful parts of the whole production - the fact that people not only wanted to come and be a part of it, but wanted to help,” he added.

The owner of Chix on the Beach says he’s impressed with how fast crews and volunteers have picked up trash since Sunday. His restaurant is right on the Oceanfront, two streets away from the main stage.

“The beach was spotless. It was unbelievable," he said.

He says it goes to show that how important it is to plan.

“Having an effective clean-up plan is critical, and it's very nice that the plan came together."

Leaders say the beach should be clear and back to normal by the weekend.