City, volunteers tackle trash clean-up in preparation for Something in the Water festival 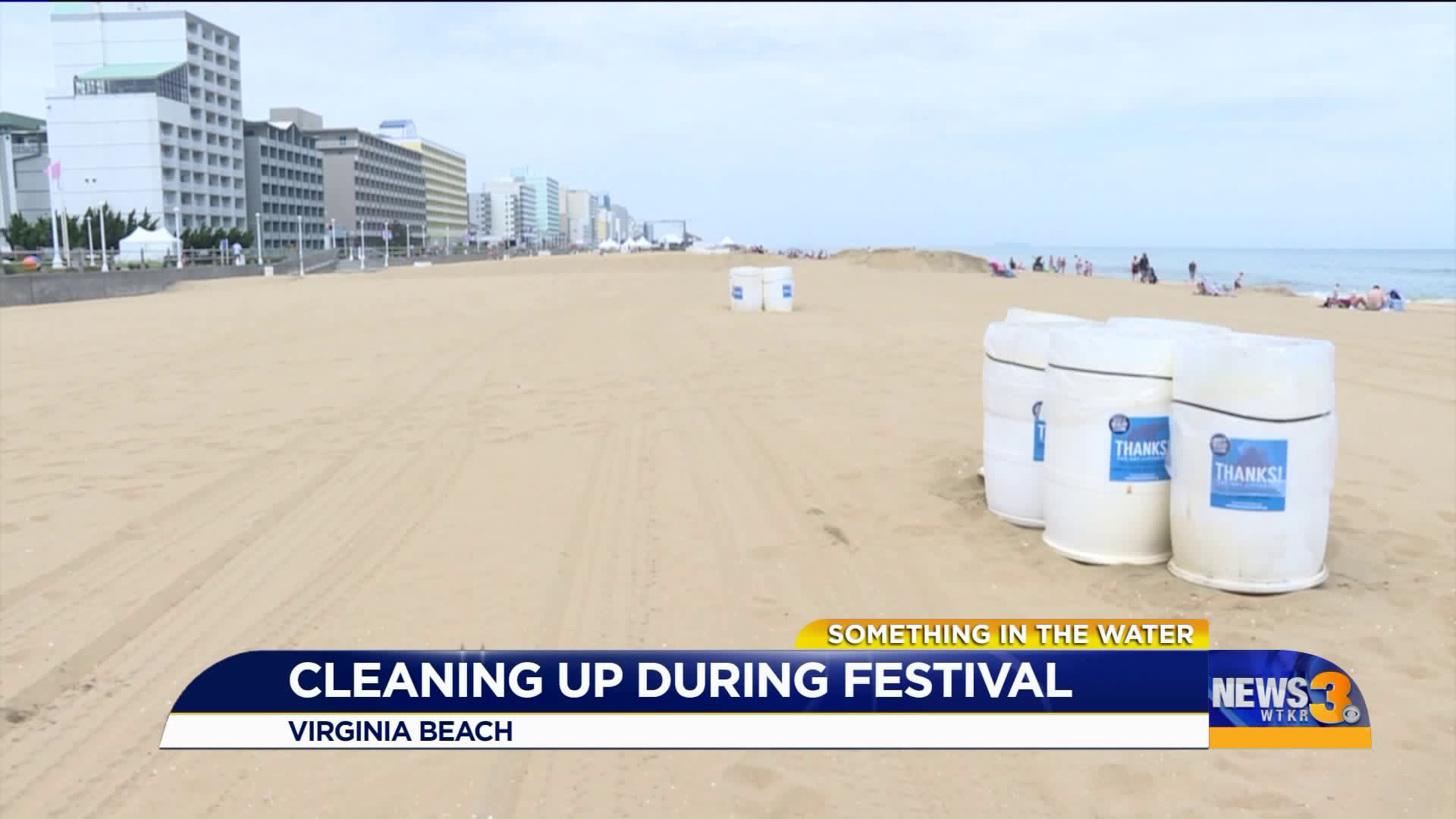 VIRGINIA BEACH, Va. - A simple message will be seen throughout the Virginia Beach Oceanfront this weekend: “Thanks! For not littering."

“Trash that gets away from us especially plastics can have a pretty detrimental effect on our wildlife,” said Christina Trapani with Keep it Beachy Clean.

Keep it Beachy Clean's stickers on trash cans at the Oceanfront

In an effort to keep the Oceanfront trash-free, Keep It Beachy Clean, the city’s waste management department, and a few other agencies are working together.

Trapani said yesterday they put up the stickers for Something in the Water, hoping the festival name doesn’t become a dangerous reality for wildlife.

“They draw attention to where the trash cans are located, and we just want to make sure people can see them and use them,” she explained.

City officials tell us they have added extra trash bins and will have crews constantly working.

They told us they have also built a station near the main stage to help them when it comes to the trash.

“The city, I believe, and some partners with the Something in the Water crew are gonna be cleaning the beaches pretty much throughout the entire festival. There’s a lot of efforts going on."

Trapani said this is just part of their plan, and their efforts are continuing into the next week.

On Monday, she said several groups will clean the Vibe Creative District.

“This is gonna be the main walkway from the Oceanfront to the convention center. The Vibe Creative District is host to three different watersheds,” she explained.

Thousands of people are expected to travel here for the three-day festival.

City officials said they will also have someone working in the command center, so they will have a  constant eye on any areas that need a touch-up.