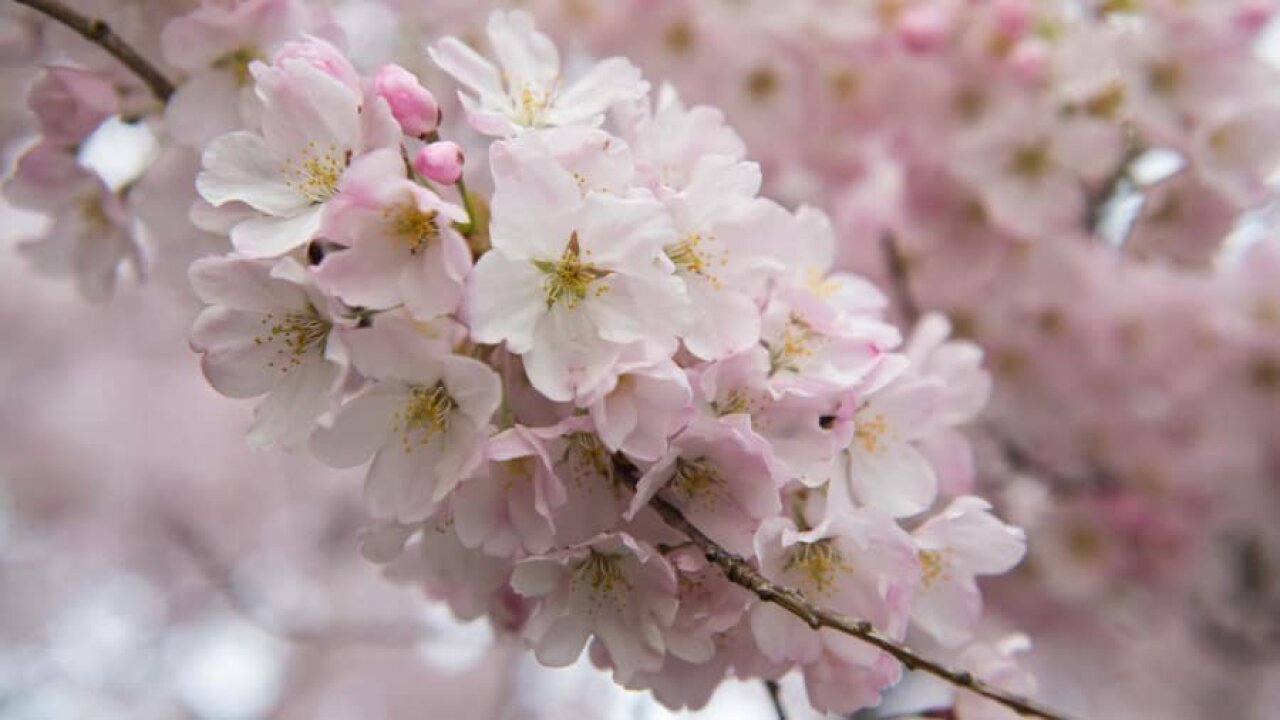 Away from the often partisan debates in Washington, there is much discussion about a flower. Specifically, lots of people want to know when some of the US capital’s most precious flowers will reach “peak bloom.”

The blooming of Washington, DC’s cherry blossoms is now predicted to reach its peak on April 1, two days earlier than the start of the original predicted peak bloom dates of April 3-6, according to the National Park Service and the city’s Cherry Blossom Watch.

Cherry blossom experts define peak bloom as the day when 70 percent of the Yoshino variety cherry blossoms are open on the cherry trees surrounding the Tidal Basin.

“The National Park Service’s Peak Bloom Update!” announced the park service’s National Mall and Memorial Parks Twitter account. “Determining the peak bloom date requires checking both the forecast and where the trees are in the blooming process.”

With 280 characters rather than Twitter’s previous limit of 140 characters, the park service could go on: “The indicator tree is in full bloom & with temps forecast for the upper 70s this weekend, we now predict peak bloom will occur April 1!”

Peak Bloom Update! – Determining the peak bloom date requires checking both the forecast and where the trees are in the blooming process. The indicator tree is in full bloom & with temps forecast for the upper 70s this weekend, we now predict peak bloom will occur April 1! pic.twitter.com/OiRuecocu9

The National Cherry Blossom Festival starts on March 20 and runs through April 14 this year.

The first trees actually arrived in 1910, partially in response to the advocacy of Eliza Ruhamah Scidmore, one of National Geographic Society’s first female board members.

When they were found to be diseased, they had to be destroyed. In 1912, first lady Helen Herron Taft planted a replacement tree, one of more than 3,000 new trees sent from Japan.

While the 1912 gift of trees included 12 varieties, just two varieties — the Yoshino and Kwanzan — dominate.

The white blossoms of the Yoshino are found close to the northern part of the Tidal Basin near the Washington Monument, while the pink blossoms of the Kwanzan trees are usually found in the East Potomac Park area.