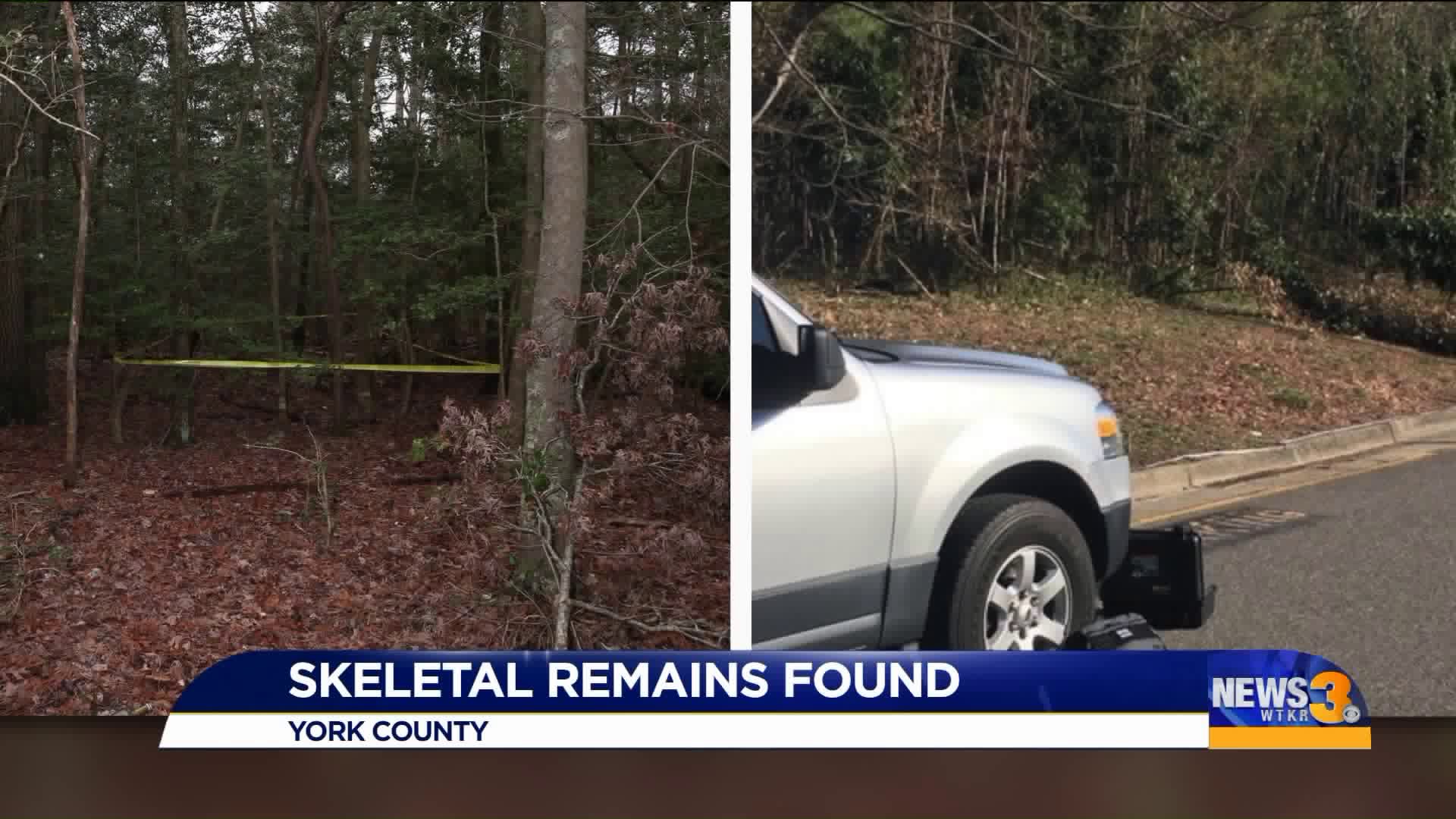 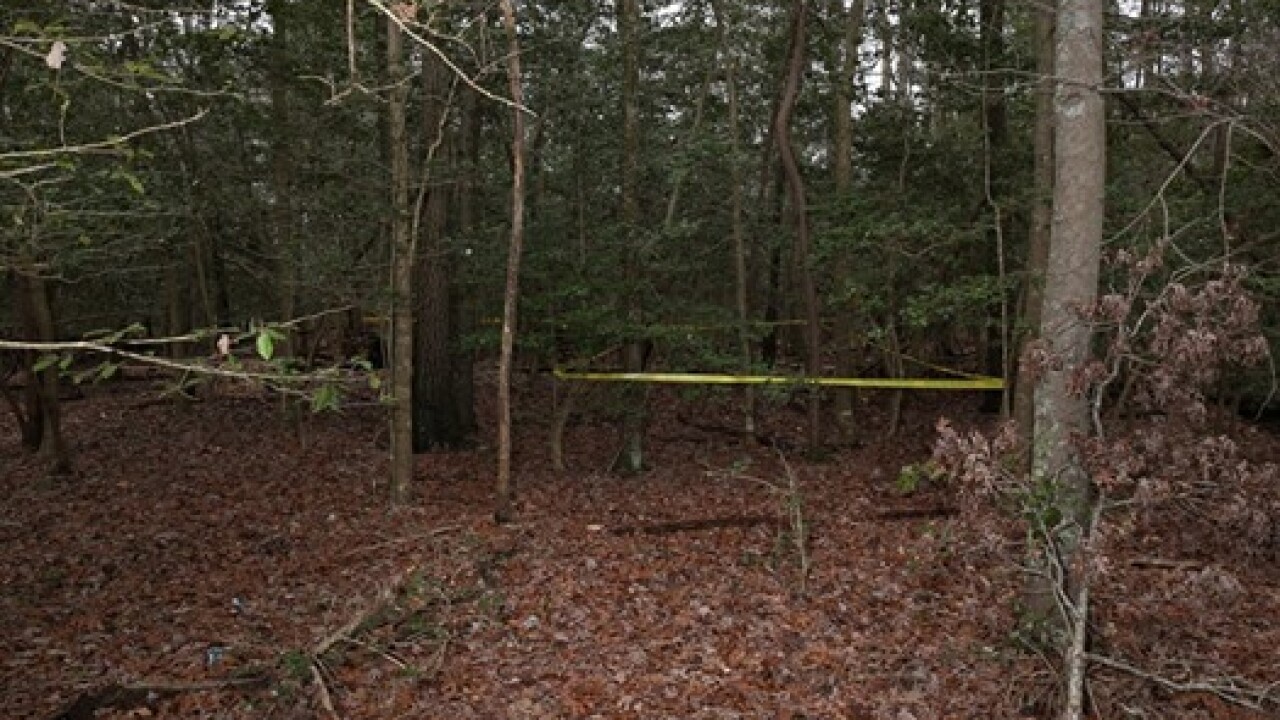 POQUOSON, Va. - York-Poquoson Sheriff deputies responded to a report of human skeletal remains that were located near the Southeast corner of Ft. Eustis Blvd and Route 17.

Investigators responded to process the scene and arranged for the remains to be transported to the Medical Examiner’s Office in Norfolk.

The initial investigation indicate that there were no signs of foul play. It is believed that this individual was a homeless person who deputies say had contact with several years ago.

On Tuesday, deputies responded to another report of remains found in a wooded area in the 700 block of E. Rochambeau.

There is no evidence saying these two reports are related.

A form of identification was found with the remains, however the name will not be released at this time, pending notification of the next of kin and positive identification by the Norfolk Medical Examiner’s Office.

This story will be updated as information becomes available.