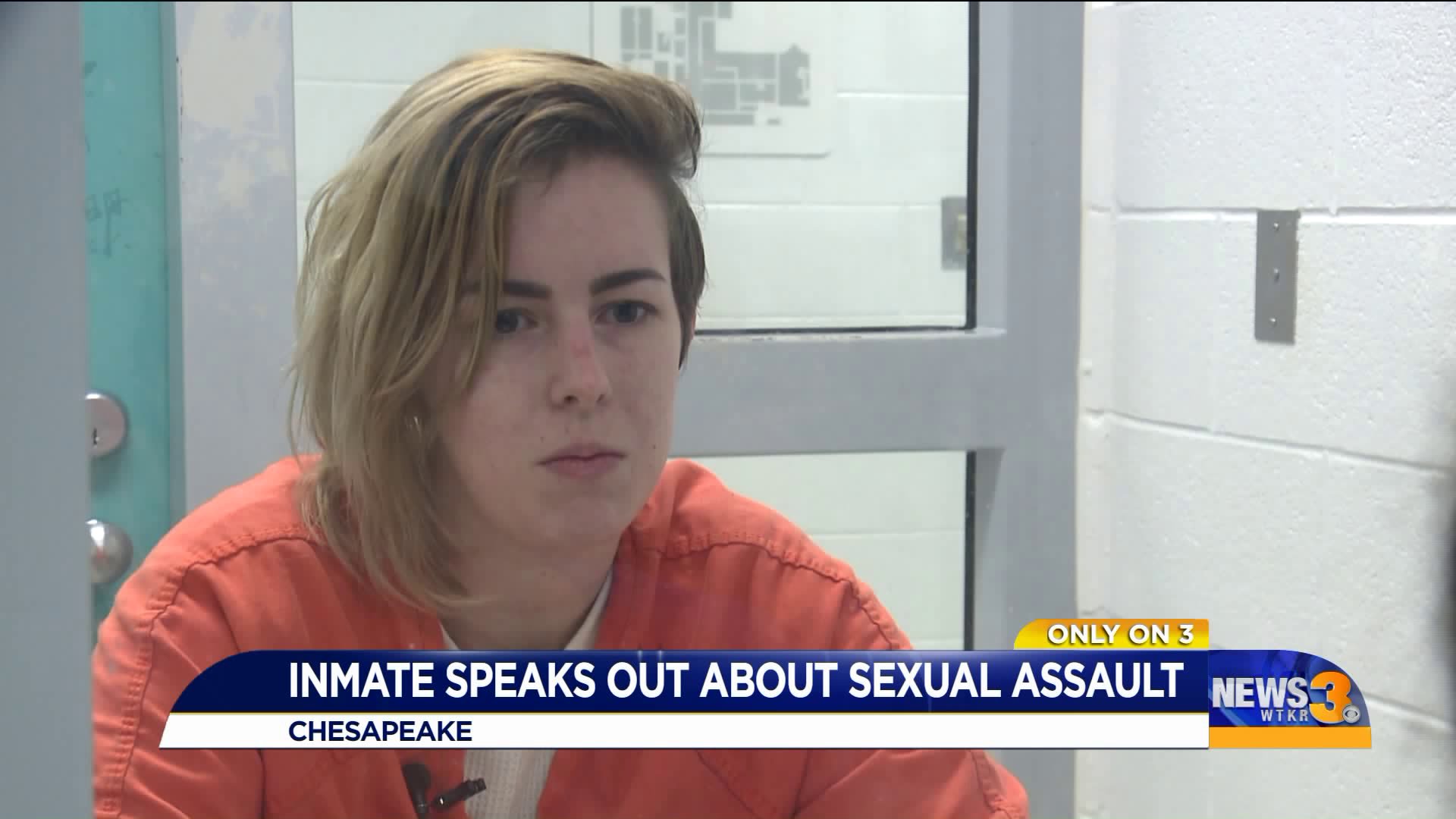 CHESAPEAKE, Va. - A woman spoke exclusively to News 3 after accusing a Chesapeake Sheriff’s deputy of sexually assaulting her.

“It’s been a struggle every day,” said Kirsten Stanley. “I have always looked up to people in authority, officers. I always thought that if there is anybody you can trust, it would be the police force; it would be deputies.”

28-year-old Stanley is locked up in the Chesapeake Jail after being arrested on fraud charges.

She said on February 6 she was sexually assaulted by a deputy while in the jail.

Her complaint sparked an investigation into Deputy Timothy Burnside.

Burnside worked court security, according to the sheriff's office.

“As soon as I wrote a correspondence form about it, I was spoken to by a sergeant and they acted on it immediately,” said Stanley.

Several days later, the Chesapeake Police Department arrested Burnside and charged him with a misdemeanor for sexual battery of an inmate by an employee.

He was fired from the sheriff’s office.

Stanley said she wouldn’t comment of the specifics of the allegations because the case is pending but wanted to speak out about what happened.

“I don’t want to be quiet on the fact that it did happen to me,” said Stanley.

We reached out to Burnside. No one answered the door at his home, and a woman who answered the phone did not have any comment about the allegations.

Burnside worked at the sheriff’s office for 17 years.

Stanley said she is getting counseling and is shocked by what she says happened.

“I am so stressed out and I was confused to the fact that a person of authority would go that far, but I’m doing the best that I can with what happened,” said Stanley.

She praised the response she got from the jail. She said her complaint was taken very seriously and she encouraged people to speak up if they ever feel violated.

“Hopefully this will give other women and men the strength to come forward as well, if it ever happened to them,” said Stanley.

Burnside is expected back in court on March 5. He is currently out on bond.