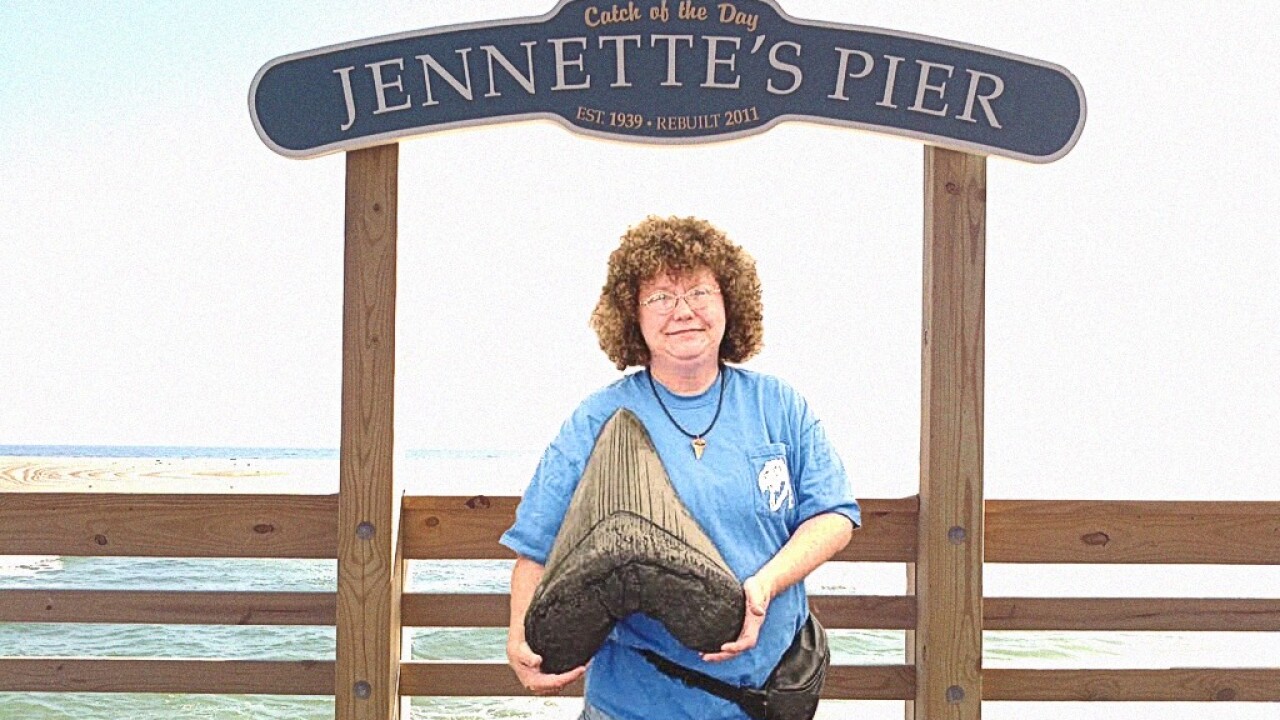 NAGS HEAD, N.C. – A picture by photographer Alex Lex OBX of the “biggest Megalodon tooth” ever found near Jennette’s Pier has left quite a few people confused.

The picture of what appears to be a huge shark tooth being held by a person is not what it may seem.

Despite the 8,000 shares it already has on Facebook, officials with Outer Banks Center for Wildlife have confirmed that this is not a Megalodon tooth.

This isn’t the first altered photo from ALEX LEX OBX that has left people scratching their heads.

The account has several altered photos published, such as a picture of a giant fish that was caught in Nags Head. The truth behind this image is that this is a 907-pound fish, but it’s a Pacific bluefin tuna caught off of Three Kings, New Zealand.

Even though this was the biggest fish ever caught, it wasn’t by anyone in the United States.

So even though these photos may seem very realistic, many of them are a product of image editing.