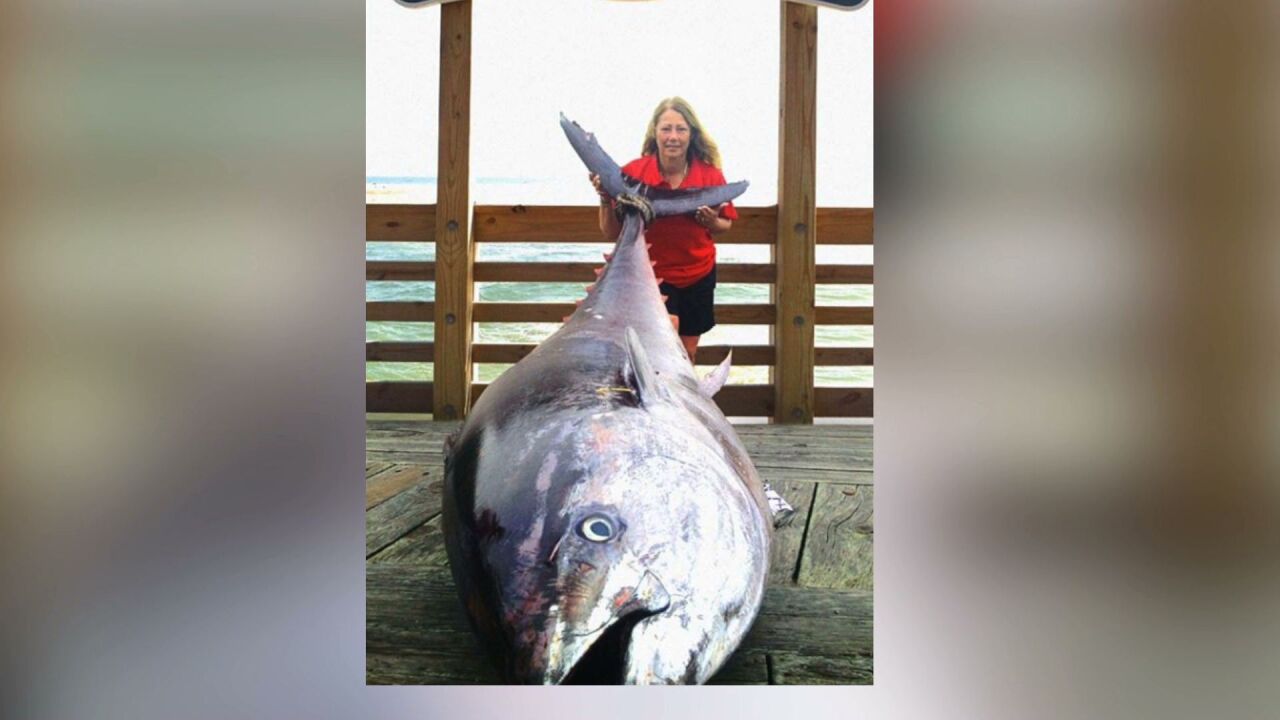 NAGS HEAD, N.C. – A picture by photographer Alex Lex OBX of a “907-pound beast” of a fish caught off of Jennette’s Pier in Nags Head got almost 4,000 shares on Facebook – despite not actually being true.

The truth behind this image is that yes, this is a 907-pound fish, but it’s a Pacific bluefin tuna caught off of Three Kings, New Zealand. Donna Pascoe reeled it in after four hours and 11 minutes in 2014, according to Sport Fishing Mag.

And it WAS the biggest fish ever caught…by a woman angler in New Zealand, specifically.

This isn’t the first altered image from this Facebook, either. Other posts on the “Alex Lex OBX Photographer” Facebook page show other obviously photoshopped pictures, such as this viral “monster shark” photo from February.

This is an image of a stranded 14-foot shark found in Cape Cod in 2015, photoshopped onto a Kitty Hawk beach.