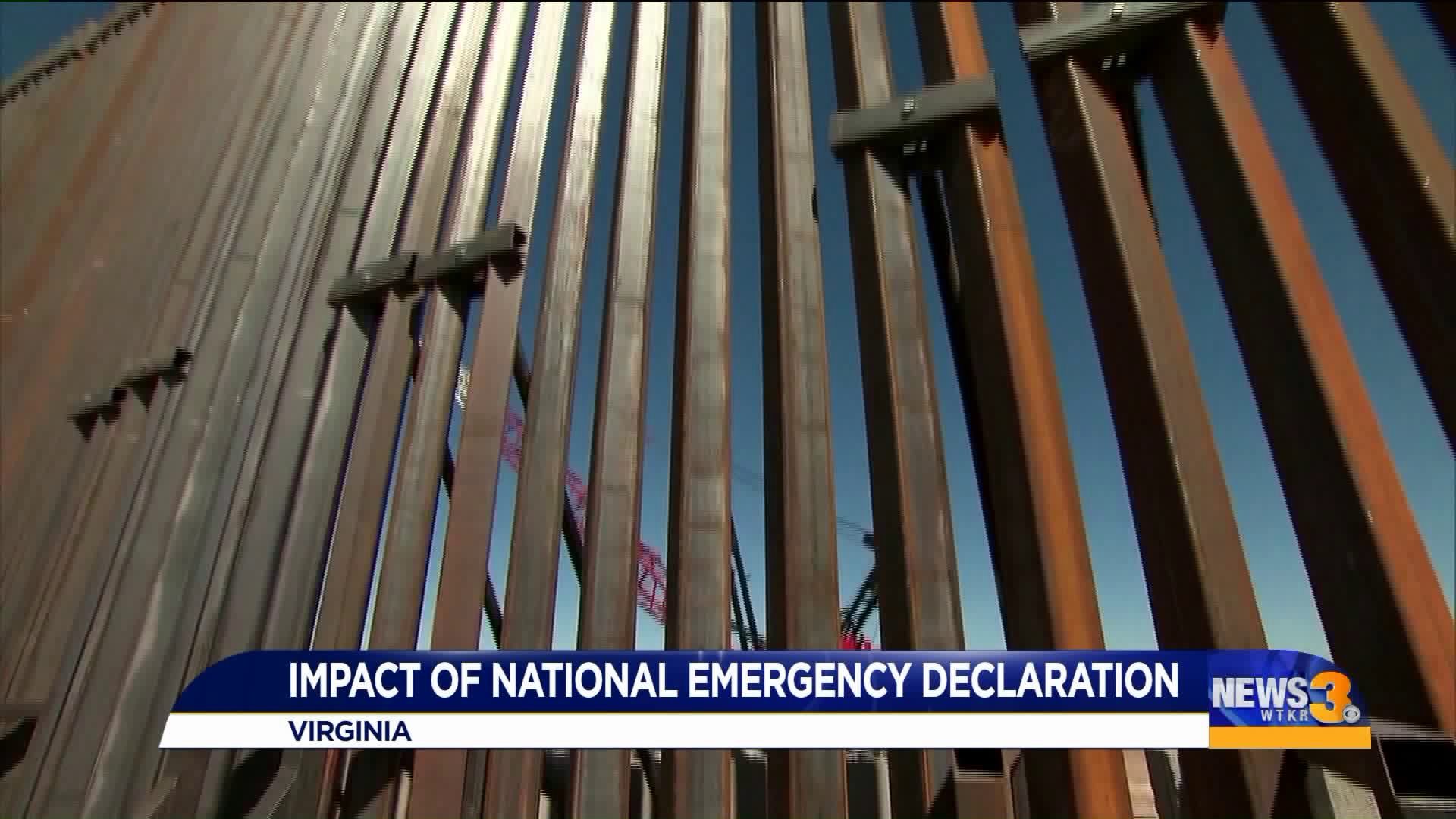 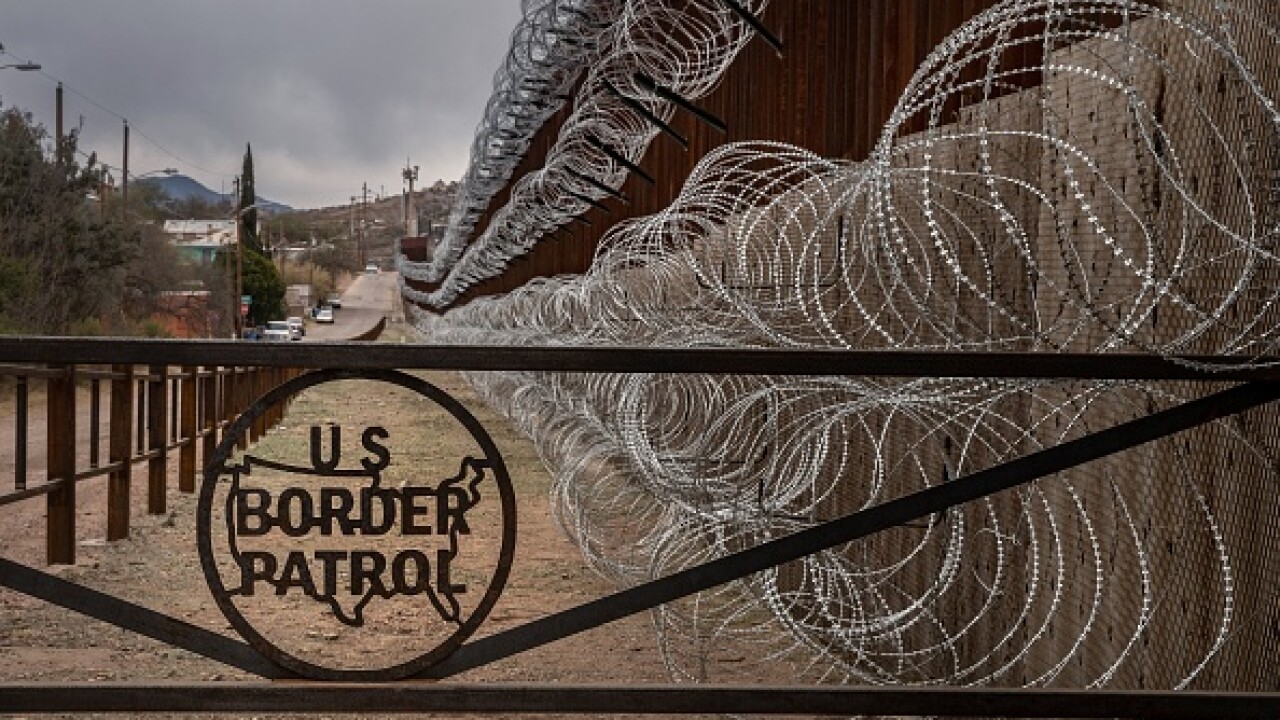 NORFOLK, Va. - Virginia is jumping into the battle over the border wall.

The Commonwealth is now one of 16 states suing the Trump administration for the president's recent national emergency declaration.

Attorney General Mark Herring says the president is trying to divert critical funding from Virginia to fund the wall, but it will be up to the courts to decide if the president is overstepping his powers.

TOPSHOT - A metal fence marked with the US Border Patrol sign prevents people to get close to the barbed/concertina wire covering the US/Mexico border fence, in Nogales, Arizona, on February 9, 2019. (Photo by Ariana Drehsler / AFP) (Photo credit should read ARIANA DREHSLER/AFP/Getty Images)

"Any number of people, any number of states will be harmed by what the president is proposing to do. You can't raid $8 billion worth of services in this country and not harm someone."

The attorney general's office claims Virginia stands to lose up to 131 million in military construction funding for currently planned projects.

Dr. Joshua Zingher is a political science professor at Old Dominion University. He says he’s not surprised that 16 states are suing, and he expects more to join.

“On the state level, people are reluctant to say, 'We don’t want money that’s been appropriated to us and our purposes and our state going towards a wall on the southern border.'"

Zingher says border crossings have not drastically increased over the last few decades.

The courts will have to define what constitutes an emergency and if the president has the authority to re-appropriate funds.

Zingher says a key argument that will be used against President Trump will be his own statements from the White House. The president said Friday he didn't need to declare a national emergency to get the wall built, but doing so would get it built faster.