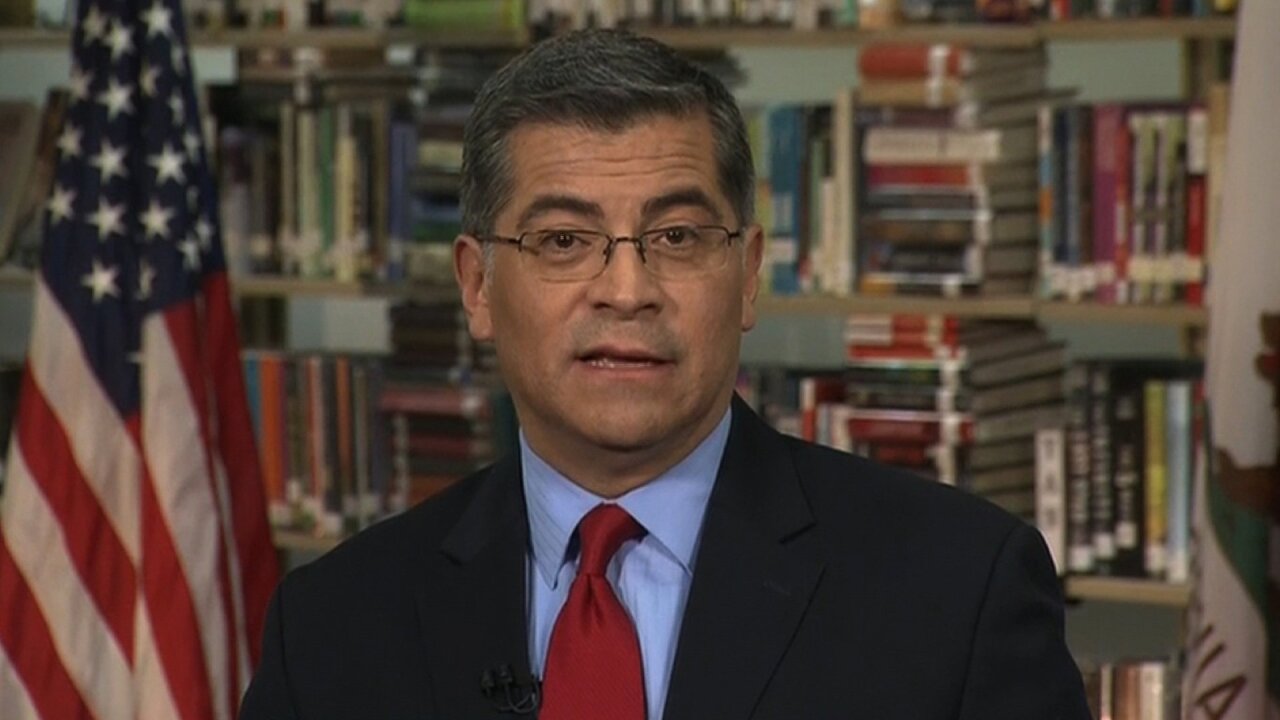 The group of states, led by California Attorney General Xavier Becerra, filed the lawsuit in the US District Court for the Northern District of California.

“We’re going to try to halt the President from violating the Constitution, the separation of powers, from stealing money from Americans and states that has been allocated by Congress, lawfully,” Becerra told CNN’s Kate Bolduan Monday.

It’s the latest challenge to hit the Trump administration, which already faces a litany of lawsuits over the national emergency declaration. Over the weekend, the Center for Biological Diversity, Border Network for Human Rights, which marched with Beto O’Rourke in El Paso, Texas, last week, and the American Civil Liberties Union all announced lawsuits.

At the core of each lawsuit is the argument that Trump is circumventing Congress to fund the wall along the US-Mexico border by declaring an emergency.

Virginia Attorney General Mark Herring said in a statement that Virginia joined the lawsuit because the national emergency “could divert critical funds from actual national security priorities, including military construction projects at bases and facilities throughout Virginia.”

“The Constitution assigns Congress the power of the purse, and no prior president has ever tried to use emergency powers to fund a chosen project — particularly a permanent, large-scale domestic project such as this — against congressional will. This is obviously improper,” said Dror Ladin, staff attorney with the ACLU’s National Security Project.

Becerra argued that the states have standing to challenge Trump because money appropriated to them might be at risk.

“If the President is essentially stealing money that’s been allocated to go to the various states for various purposes but no longer will, we’re being harmed, our people are being harmed,” he said.

The wave of lawsuits was expected, though fighting them in court will likely be difficult.

The National Emergencies Act allows the President to declare a national emergency and unlock a stash of funds by invoking certain statutory authority. The President has wide discretion over what constitutes a national emergency. As a result, legal experts argue that fighting the declaration on the basis of the emergency itself will likely be difficult. The other question is whether the statute Trump has invoked — which in this case, requires the use of the armed forces — can be used to fund the wall.

Under the declaration, the administration will tap $2.5 billion of military narcotics funding and $3.6 billion in military construction funding. Acting US Defense Secretary Patrick Shanahan said he will start studying which projects to pull from and determine whether border barriers are necessary to support the use of the armed forces.

It’s not just lawsuits that the administration has to face, but also the possibility of a joint resolution put forth by House Democrats to terminate the declaration. The resolution would need to be voted on by the House and then the Senate, before heading to the President’s desk.

On Sunday, White House adviser Stephen Miller indicated that Trump would cast the first veto of his presidency if lawmakers tried to terminate the declaration.

National emergencies can last for one year and then terminate, unless the President renews the declaration 90 days prior, said Robert Chesney, who served in the Justice Department and teaches at the University of Texas at Austin School of Law. Every six months, Congress can consider whether to put forward a joint resolution to terminate the emergency.

According to the Brennan Center, there have been 58 national emergencies between 1978 and 2018. Of those, 31 are still in effect today.