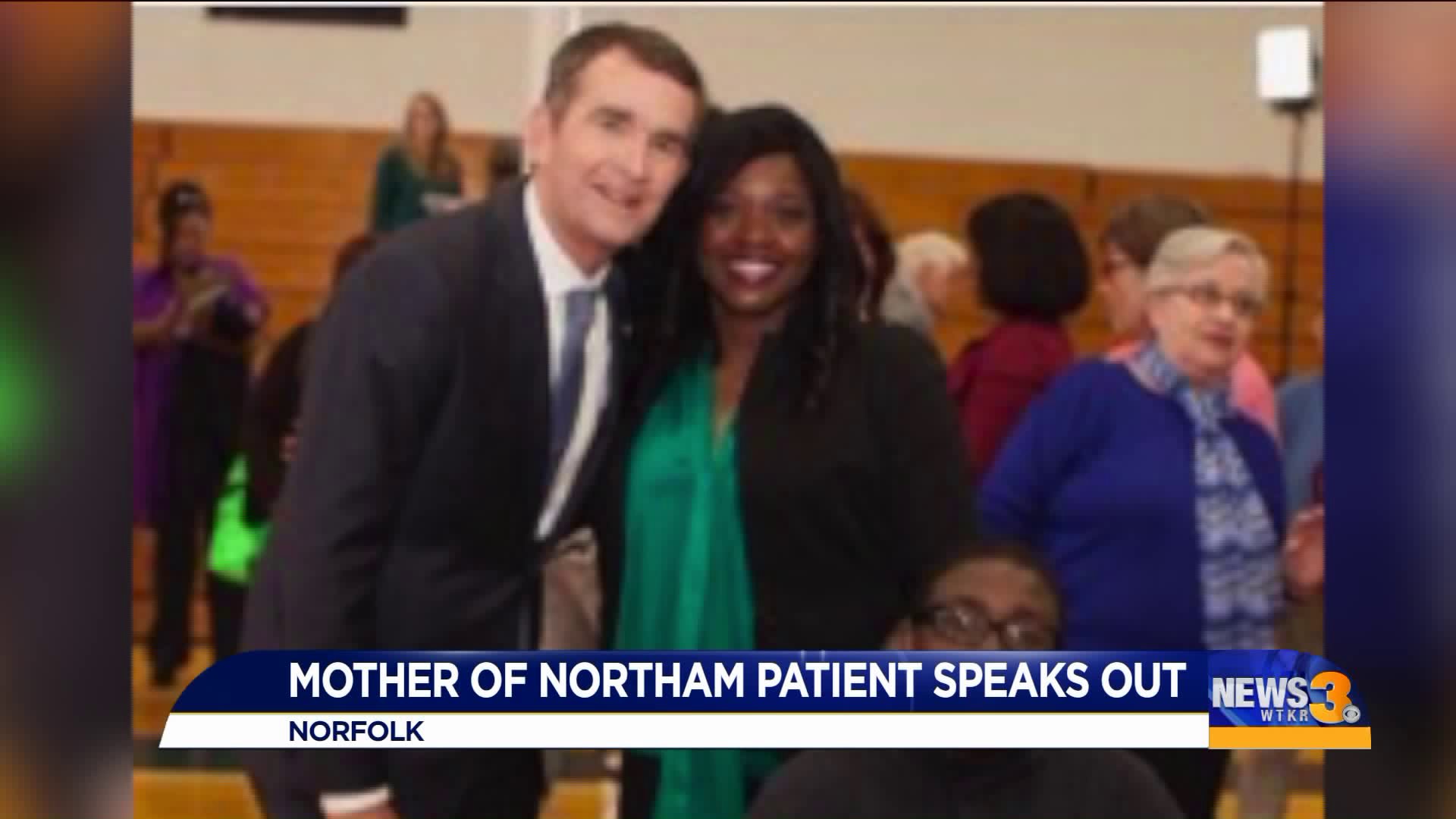 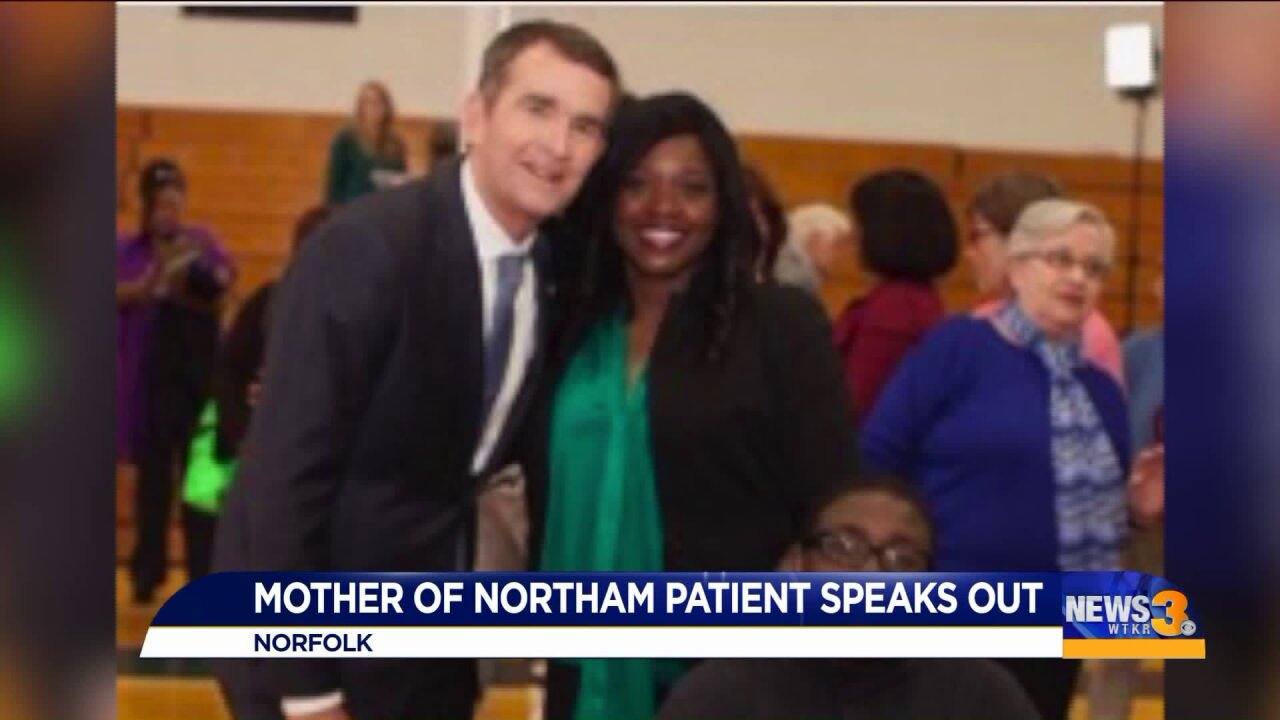 The mother of a former patient of Governor Ralph Northam is speaking out on the controversy surrounding the racist yearbook photos uncovered on Northam's Eastern Virginia Medical School yearbook page.

Marlo Dean credits Northam with saving her son, Dante Herrera's life. When no one else was able to figure out what was wrong with him, she says then-Dr. Northam had the answers she was desperately looking for.

"This is not a man that hates black people, this is a man that’s fought for my son since day one," Dean said of the governor.

Northam was the first person to diagnose Herrera with Batten disease, a rare disorder of the nervous system. Dean and Northam remained close after he became governor, and Northam even recognized Herrera for his advocacy work by declaring June Batten Disease Awareness Month last year.

"He never gave up on my son, even through his rare, fatal brain disease, when other doctors just shook their heads," Dean said. "He said, 'I won’t give up,' and he never did."

Dean does not believe a controversial photo showing two people, one in blackface and the other dressed in Ku Klux Klan robes, depicts Northam.

"I do believe others should believe him because he’s a great person," Dean said. "I think he’s done what he needs to do by apologizing. Do the work that’s set before you... I wouldn’t give up. I wouldn’t resign."