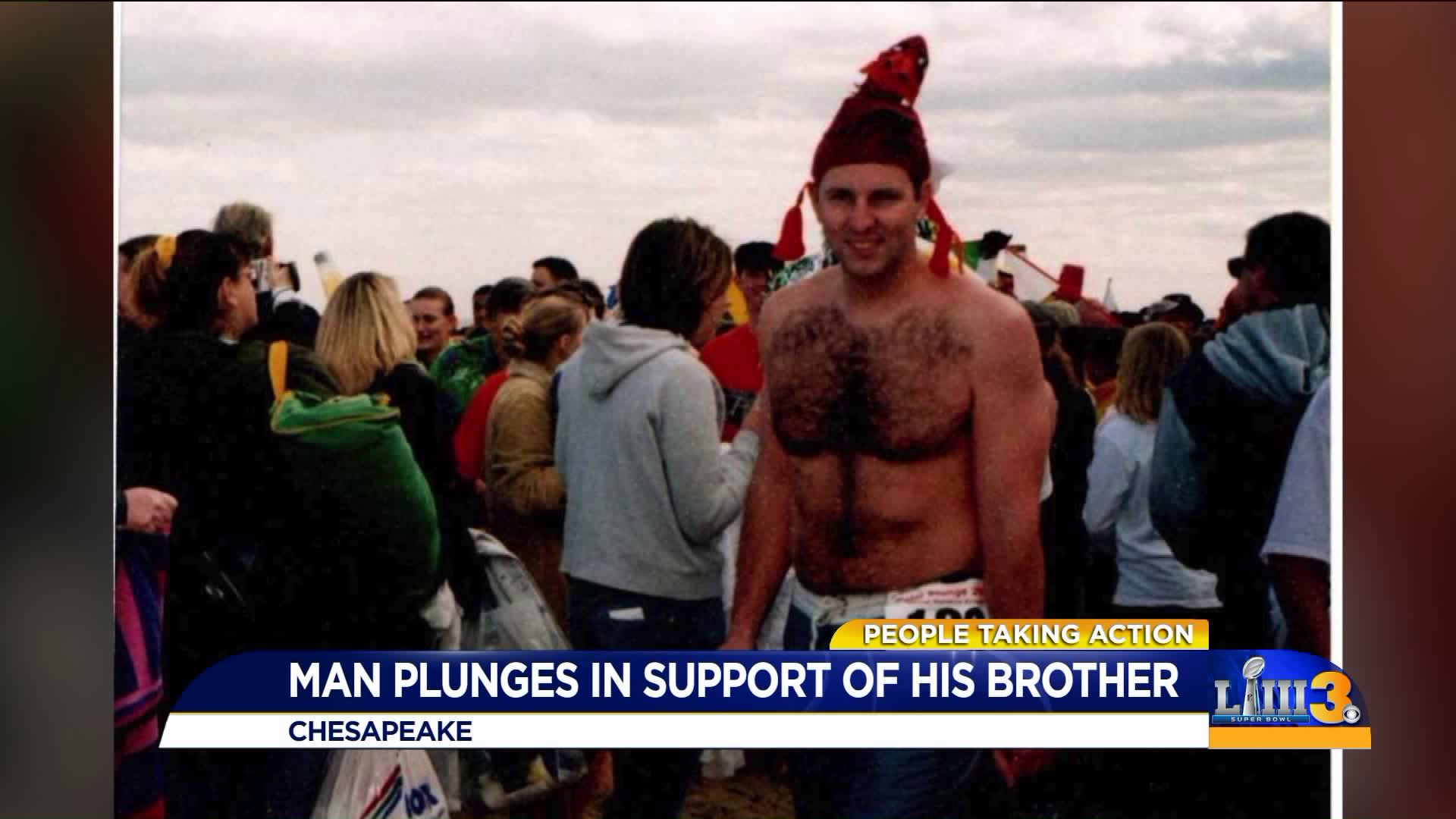 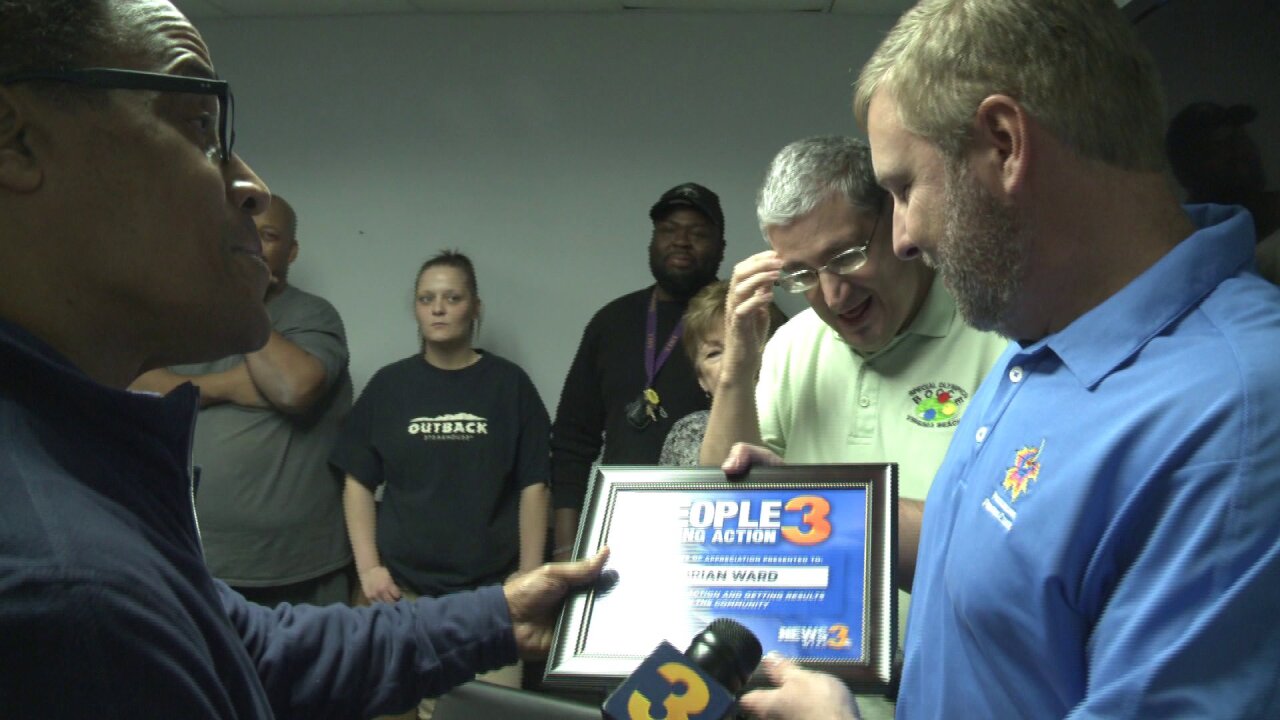 CHESAPEAKE, Va. - It's that time of the year when thousands race into the frigid Atlantic Ocean in the middle of winter - all for a great cause!

And once again in the masses will be a Chesapeake businessman. We surprised Brian Ward, president of Professional Printing Center, a family-run business. News 3 cameras were rolling as we showed up and headed to the company conference room.

Brian thought we were just there to chat about why he supports Special Olympics, but I made a call ahead to arrange for most of the staff to be there to surprise him.

He was wondering what was going on; I told him we were there to talk about his Polar Plunge involvement, but to present him  with a News 3 People Taking Action award, along with a $300 Visa gift card from our community partner, Southern Bank.

Brian was very grateful and said he believes he's been plunging with a team of friends for about 15 years in total - bringing in somewhere in the area of $90,000. 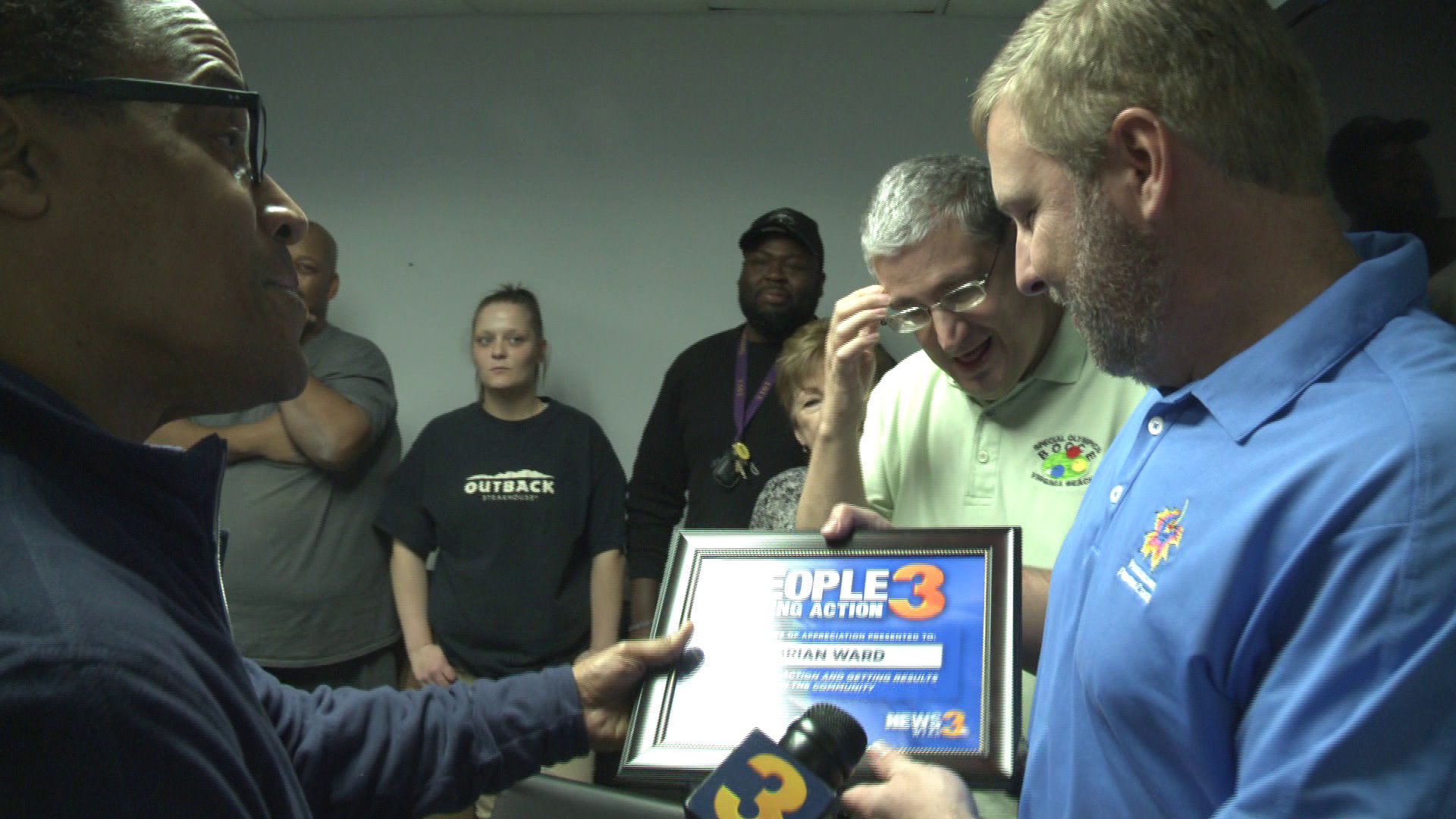 "And we've raised quite a bit of money over the years, and we absolutely love to do it and...wow, this is surprising!" Brian exclaimed. "I was not expecting any of this!"

Why does he do this frigid fundraising year after year? So that his brother Alex and other Special Olympians can compete year round in various sports - from basketball to volleyball, to winning ribbons at a bowling tournament.

Brian knows this is very important for his brother.

"It keeps him and his friends, it gives them a chance to get together and have the same camaraderie that a lot of us get from sports," he told us.

Their mother, Barbara Ward, says some weekends Alex is involved with four sports.

"He just loves it. He's up in the morning before anybody ready to go, loading his gear in the car-he just loves it!" Barbara said. "He gets to participate like his big brother has done since he was in little league, and Alex was always on the sideline watching and cheering, not able to join in because there was nothing."

Now, Alex is making up for that - thanks to the support of the Polar Plunge, which benefits Special Olympians all across Virginia.

For more info on how you can support Brian's team - and remember, any amount is appreciated - you can click here.