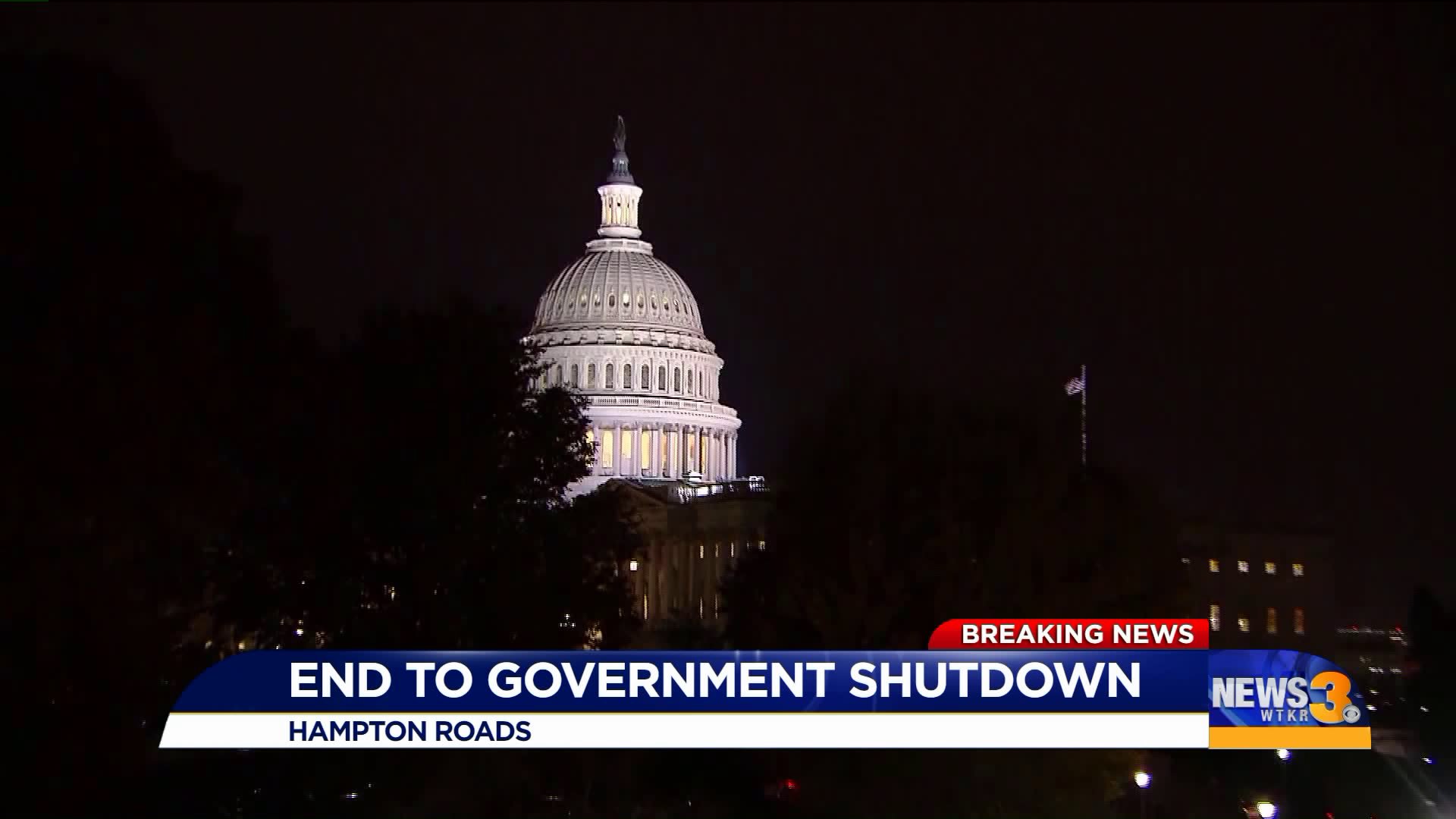 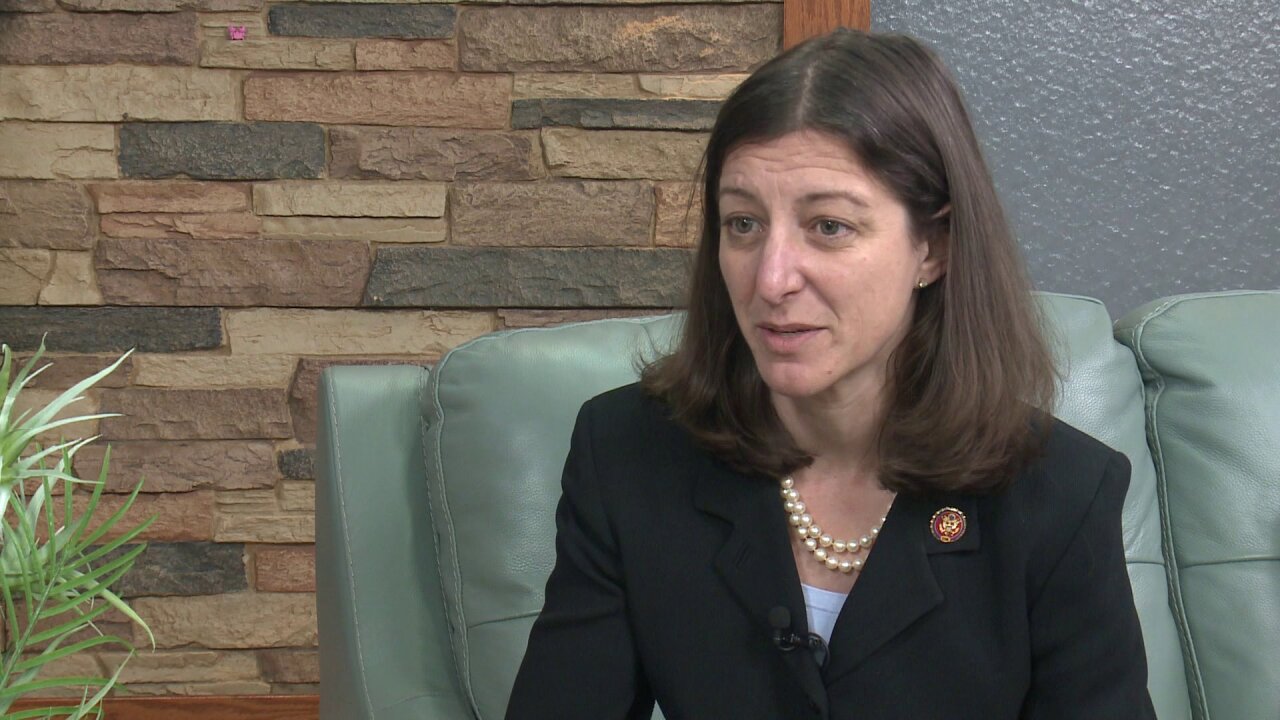 NORFOLK, Va. - Friday brought a deal to end the longest government shutdown in American history. The compromise between lawmakers and President Trump means the government will reopen for the next three weeks.

But still, families who have been affected and who have had to endure long weeks of uncertainty say they are not celebrating just yet.

“It’s a waiting game. I’m still not going to take a big sigh until it’s absolutely finalized and some legislation passed," said a Coast Guard worker's wife who didn't want to identify herself.

Friday evening, News 3 sat down with Congresswoman Elaine Luria to talk about when federal workers and their families will get their money back. Congresswoman Luria said they voted a couple of weeks ago in order for all federal employees to receive their back pay.

“As soon as the legislation can be passed and signed by the President and those payments can be processed, we can expect the government to be back open and people can get paid and get their back pay as soon as possible," Luria said.

Friday night, a Coast Guard worker's wife shared that she knows there are still two acts that are pending in the Senate and the House. They are major to her and her husband, because if passed, both would help fund the Coast Guard.

“In three weeks, what’s going to happen? Are we going to have another shutdown? So, that’s why there really has to be some action in terms of the Senate and the House working together and making sure some of these acts are passed," says the Coast Guard worker's wife.

Although the government is now opened again, local organizations are still coming together on Saturday for food and supply drives both in Portsmouth and in Chesapeake for Coast Guard families across Hampton Roads.

There will also be a food drive and distribution on Saturday from 1-4 p.m. at 4000 Coast Guard Boulevard in Portsmouth. The drive is open to all federal government employees and retirees impacted by the government shutdown. You must bring a government-issued ID to access Base Portsmouth.

Suggested items to bring include:

With the President's signing of a three-week Continuing Resolution, we enthusiastically welcome back our greatly missed furloughed civilian employees, allowing us to reconstitute our total workforce and set a path to restore a fully Ready, Relevant and Responsive Coast Guard in the weeks and months ahead.

I recognize that the last five-plus weeks have been extremely trying and stressful for you and your families, but with the support of many remarkable Coast Guard communities across the nation; generous national service organizations and corporate entities; and our strong neighborhood of ombudsmen, spouse clubs, and Chief Petty Officers, you pulled together and demonstrated extraordinary patience, resiliency, and trust in your leaders.

To those serving in uniform, and our "excepted" civilian employees, you either "Stood the Watch" or enabled another Coast Guardsman to stand the watch, buoyed by knowing that our furloughed civilian colleagues held you in their thoughts and prayers while they dealt with different challenges and emotions. I confidently speak on behalf of your entire senior leadership team in noting how proud we are of your service and your embodiment of our Core Values of HONOR, RESPECT, and DEVOTION to DUTY. We are equally proud of your families that weathered adversity, unhesitatingly supporting your continued service. "Team Coast Guard" collectively reflected the best of America, demonstrating that SEMPER PARATUS - ALWAYS READY is far more than a motto, it is our ethos! THANK-YOU!