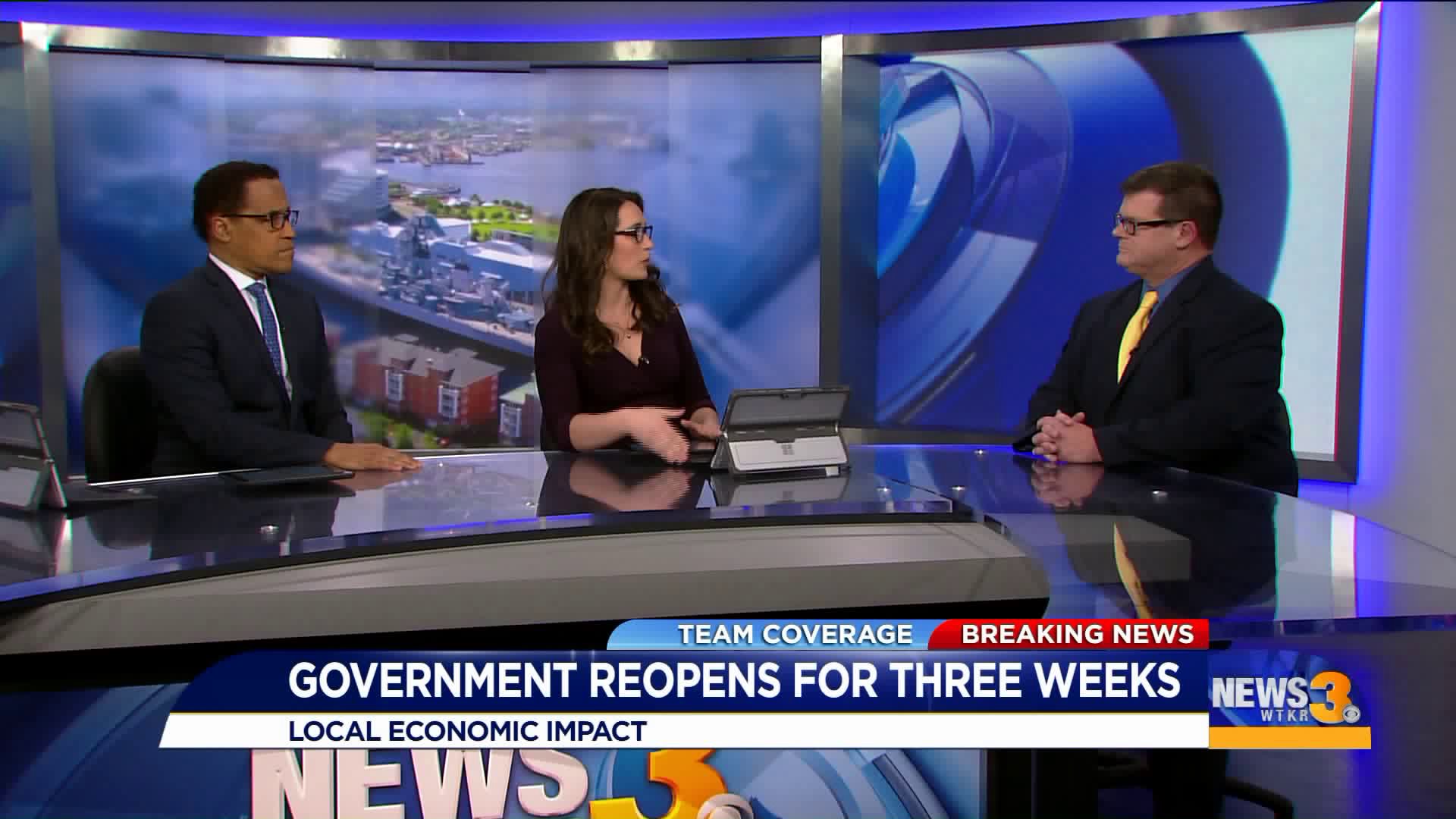 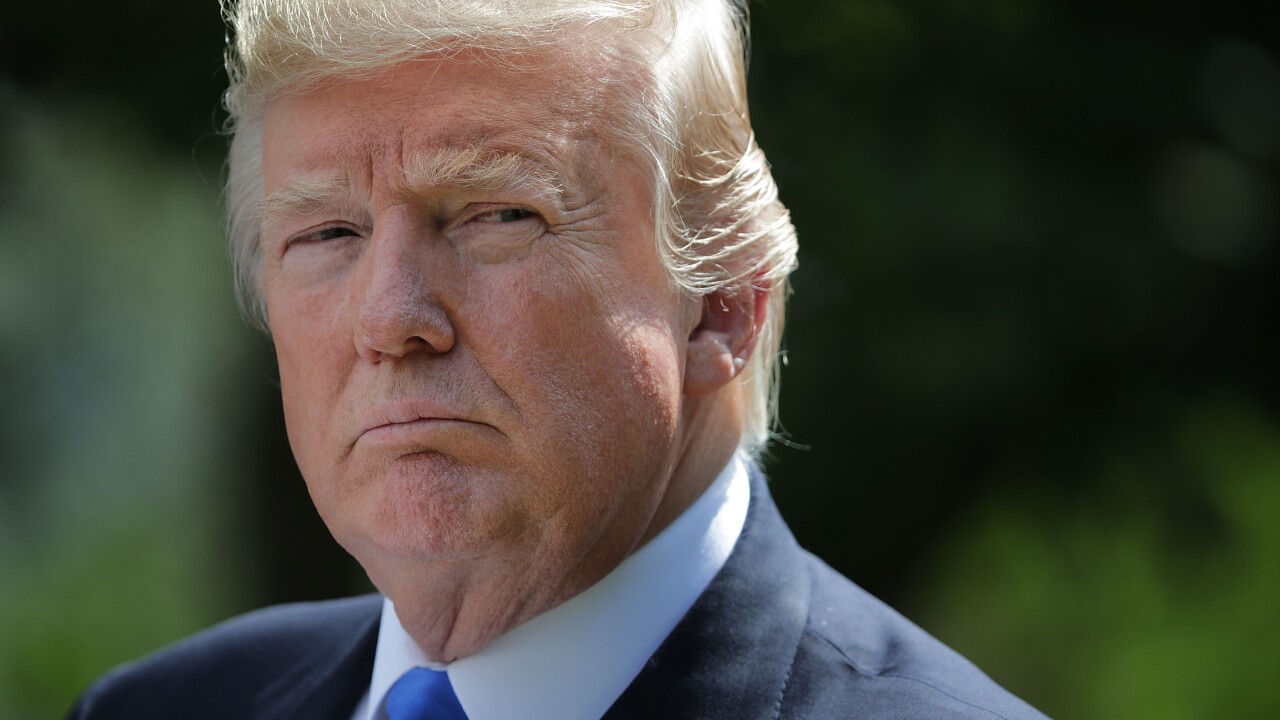 “I am very proud to announce today that we have reached a deal to end the shutdown and reopen the federal government,” Trump said in remarks from the Rose Garden.

“As everyone knows I have a very powerful alternative but I’m not going to use it at this time,” Trump said.

According to the White House, the president officially signed the bill to reopen the government on Friday night.

H.J. Res. 28, the “Further Additional Continuing Appropriations Act, 2019,” includes a short-term continuing resolution that provides fiscal year 2019 appropriations through February 15, 2019, for continuing projects and activities of the Federal Government included in the remaining seven appropriations bills. Also included in the enrolled bill are provisions regarding retroactive pay and reimbursement, and extensions of certain authorities.

Sources told CNN the White House and congressional negotiators made an agreement to temporarily reopen the federal government while talks continue on a border wall.

The path included signing a stopgap funding measure that would fund the government through February 15. But sources said it would not include any new funding for Trump’s promised border wall, once an ironclad demand that led to the shuttering of government agencies over the past month.

Instead, lawmakers would return to negotiations over the money while federal workers return to their jobs.

Leading up to the remarks, Senate Democratic Leader Chuck Schumer was in direct talks with the White House over finalizing the deal’s language, the people familiar with the matter said.

On Friday morning, issues remained over backpay provisions that any agreement would include, one source said. Federal workers have now gone for two pay periods without paychecks.

Once the measure is passed, lawmakers would have three weeks to reach an agreement that addresses Trump's standing border wall funding request.

If they don't reach a deal in that span, Trump is expected to say he'll invoke a national emergency.

The sources cautioned that details remained are fluid and the final agreement could change.

Trump has faced increasing pressure to find a way out of the weeks-long border standoff, which on Friday led to widespread delays at East Coast airports. The pressure increased when two competing proposals to end the deadlock failed in the Senate on Thursday.

After those measures collapsed, Republican and Democratic leaders began frenzied negotiations to end the shutdown, which left 800,000 federal workers without another paycheck on Friday. That resulted in the three-week stopgap funding measure that would fund the government and allow workers to be paid. The White House expressed openness to the plan, but said it must include a "large down payment" for the President's border wall.

The President has also not ruled out declaring a national emergency, and on Thursday repeatedly insisted he had many "alternatives" to securing border wall funding that did not involve Congress. CNN reported exclusively on Thursday that a national emergency proclamation had been drafted that would allow for potentially billions of federal dollars to be put toward wall construction.

Officials continue to say, however, that they prefer solving the dispute legislatively, and have remained in close negotiations with Senate Majority Leader Mitch McConnell.

Meanwhile, lawmakers on Capitol Hill have indicated that they are waiting to see what the President will accept as part of a short-term funding deal.

Trump said on Thursday he would accept such a measure only if it included a "prorated down payment" on the border wall. Neither he nor his aides have specified a dollar figure for the down payment.

Pressure to end the shutdown increased on Friday after air traffic was delayed at two New York-area airports -- LaGuardia and Newark -- in addition to Philadelphia International Airport due to staffing issues at a Federal Aviation Administration regional air traffic control center.

A day earlier, Republican lawmakers vented their frustration at Vice President Mike Pence during a tense lunch over a lack of a strategy out of the shutdown.

Administration officials have said as recently as this week that if the shutdown began to devastate air travel, they feared Republicans would jump ship and get on board with a short-term Democratic plan to reopen the government.

Outside political advisers to the President and his allies on Capitol Hill have also worried major flight issues would amplify the blame Trump its already facing for the shutdown. They, too, believe that major disruptions to air travel would ramp up pressure to reopen the government without wall funding.

One of Trump's top allies, meanwhile, suggested the delays could shake loose a deal.

"I think the problems at the airport are a sign of things to come and I've been ready for weeks now to reopen the government and give us a chance without a shutdown hanging over us to reach a compromise," Sen. Lindsey Graham told reporters on Friday.