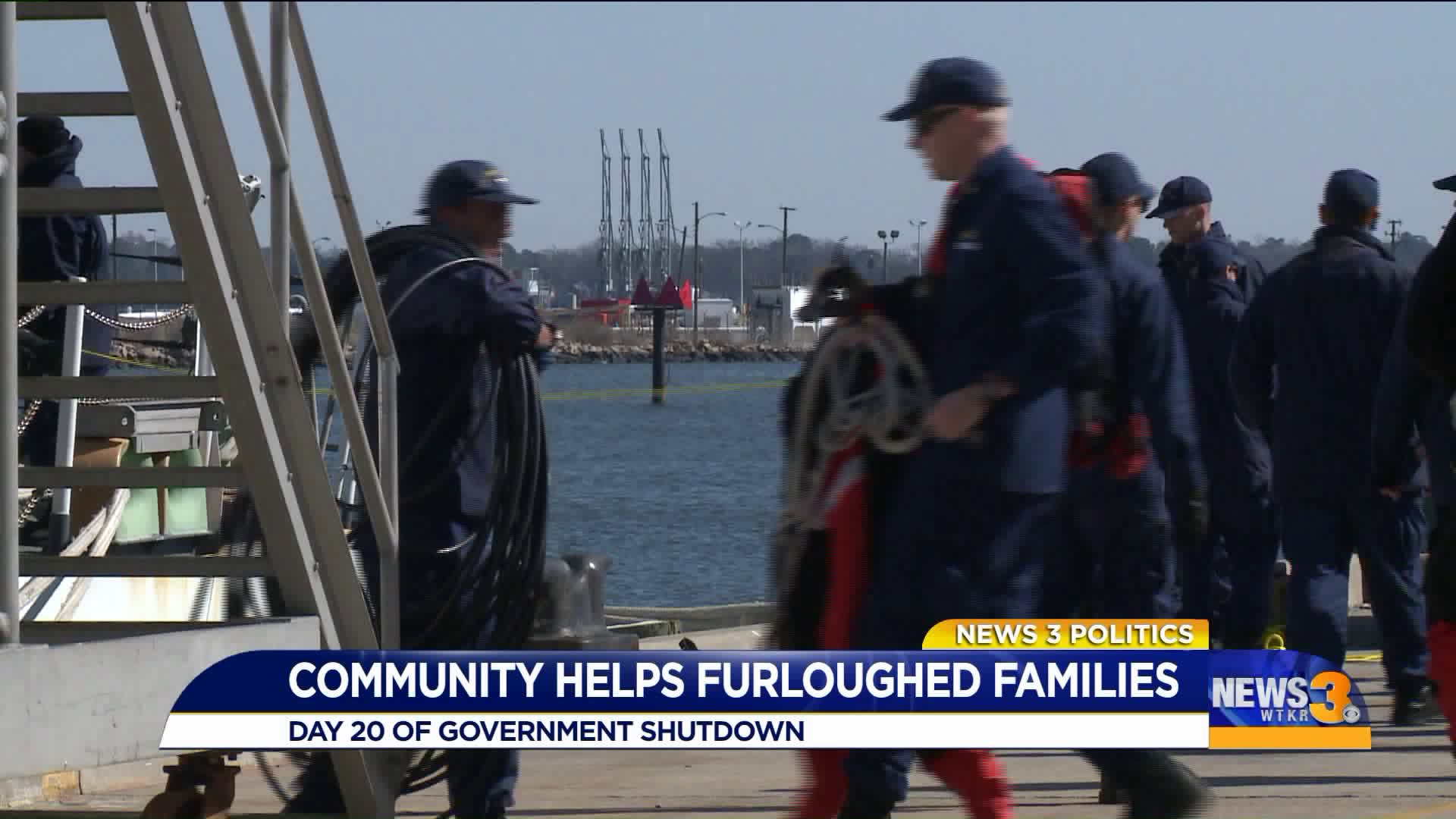 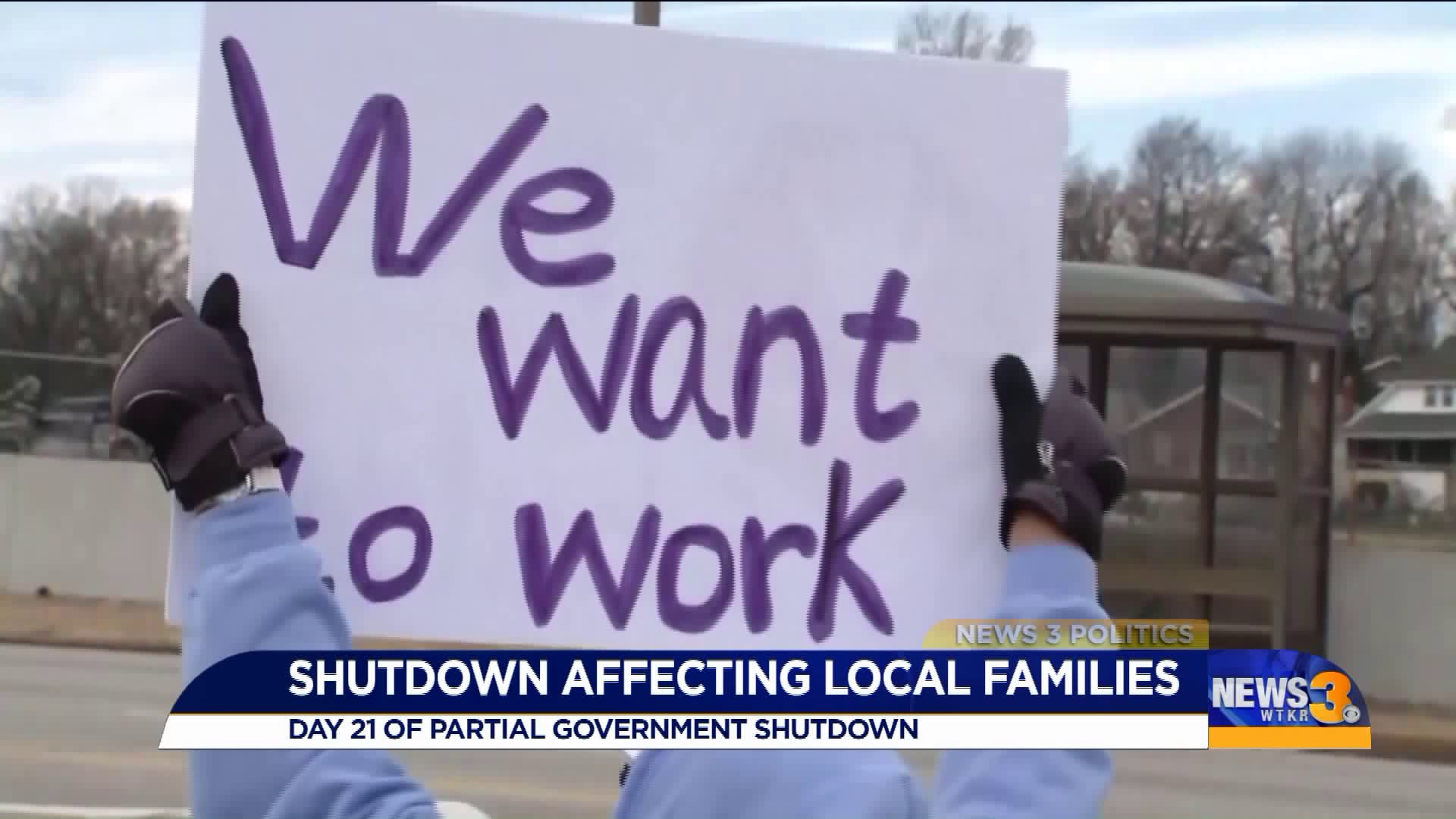 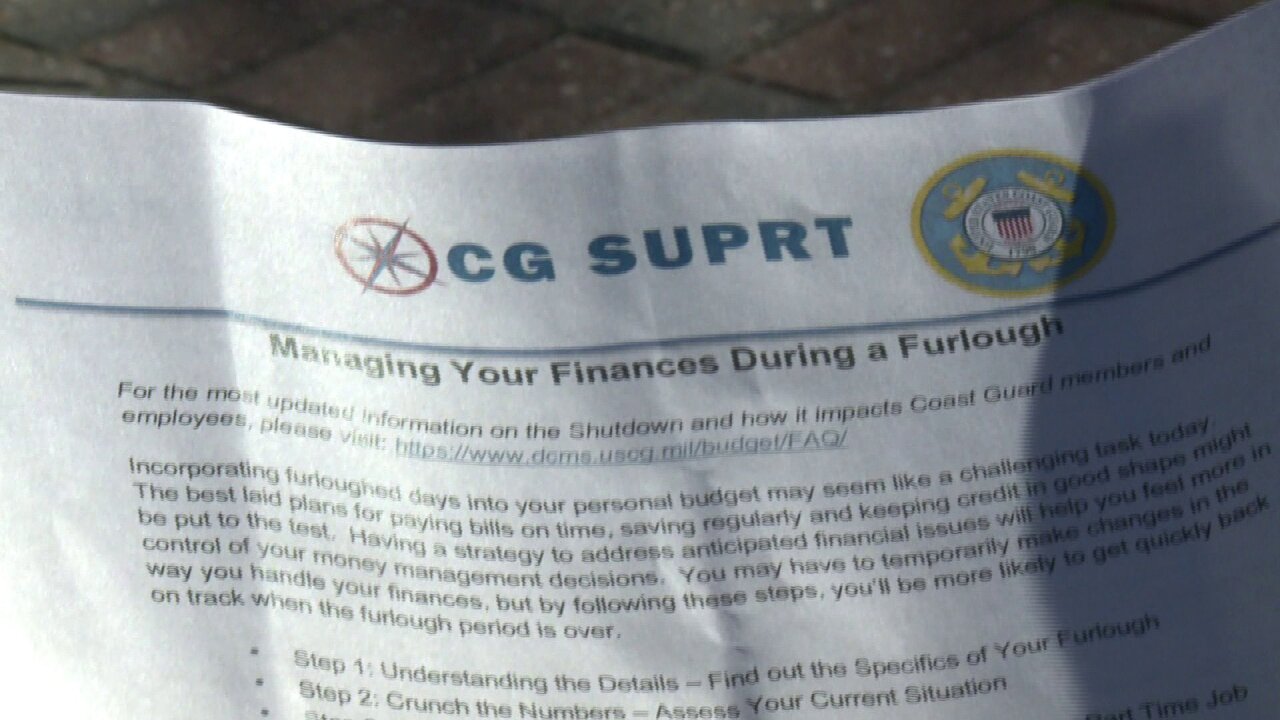 NORFOLK, Va. - It has now been a long and worrisome 20 days since the government has been officially shut down, and there’s no surprise to hear stories of families struggling trying to stay ahead of the game.

“If it comes down to it, we’re going to have to beg my husband’s command to see if he can take leave to take him out of daycare, so that I can work. I’m the only one bringing in any money to keep us afloat," a military wife who didn't want to give her name told News 3's Erin Miller.

Thursday, Congresswoman Elaine Luria said, “we rely on our brave coast guard to provide maritime safety, security, and stewardship. They should never bear the burden of political breakdowns.”

Congresswoman Luria announced she is an original cosponsor of bipartisan legislation making sure Coast Guard members are paid during the shutdown.

People in local communities are trying to do whatever they can as well to help their neighbors – like Dan Wilbert, who is a retired Master Chief from the Coast Guard.

“Old habits die hard. As Master Chief, one of the things I had to do was look out for the young Sailors. Being in a military community, I still feel kind of compelled to look out for the men and women and make sure they get what they need," says Wilbert.

Wilbert says his community was there for him when he’s been through rough times. Now, he says it’s time to pay it forward.

“My hope is to be able to reach out to small businesses and see if there are things where these men and women - who are currently not being paid in the jobs that they’re typically in - can possibly make some money on the side and help make ends meet," says Wilbert.

Friday is the official payday for government employees, but unfortunately with the shutdown and no clear end in sight, workers will not see their checks – creating more problems and stress when it comes to providing for their families.