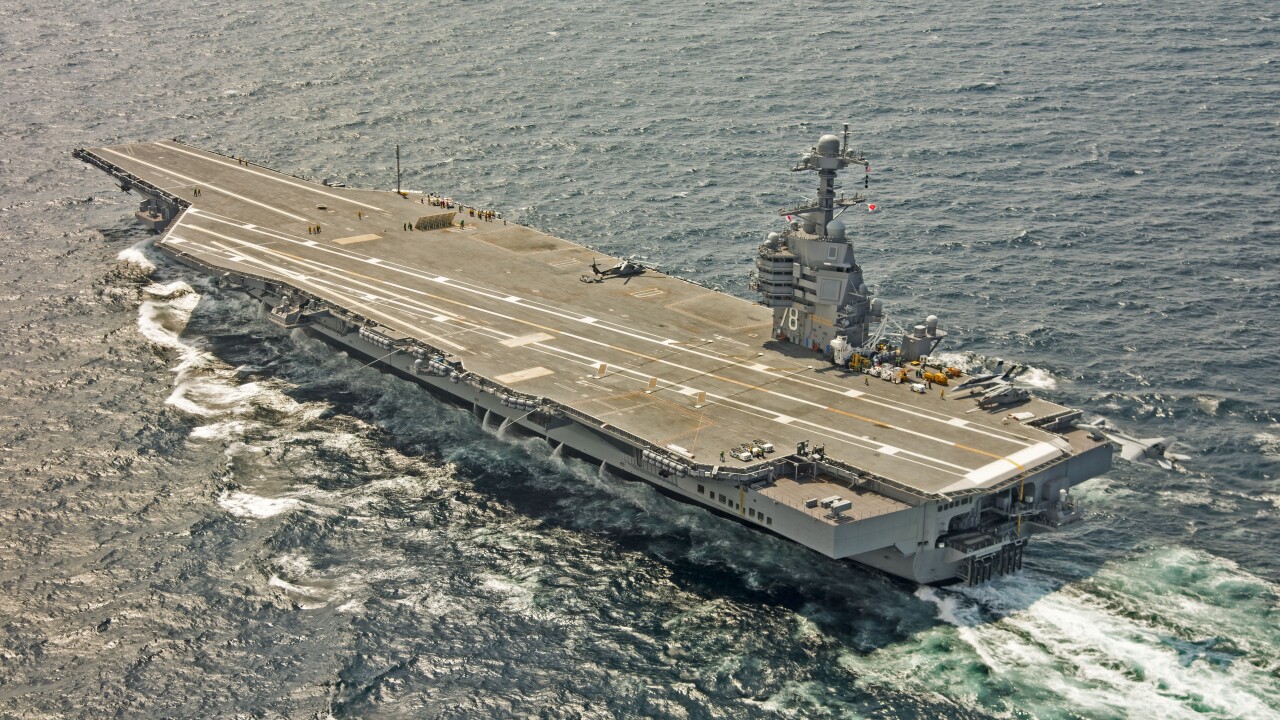 The block buy is expected to save taxpayers money and put millions of dollars into the Hampton Roads economy.

I’m thrilled the Navy has decided to pursue a block buy for aircraft carriers, something I’ve been advocating to save billions in taxpayer dollars and offer more certainty to the Hampton Roads defense community. This smart move will save taxpayer dollars and help ensure the shipyards can maintain a skilled workforce to get the job done. Newport News builds the finest carriers in the world, and I know they are ready to handle this increase in work as we make progress toward the Navy’s goal of a 355-ship fleet.

Kaine, a member of the Senate Armed Services Committee, has long supported the block buying of aircraft carriers. He has championed language in annual defense and funding bills to allow for a block buy and has frequently discussed the benefits with military leadership.

The Ford class is the Navy’s newest and most technologically advanced class of aircraft carrier.

The USS Gerald R. Ford was commissioned in 2017, and the future USS John F. Kennedy is currently under construction in Newport News.

We are pleased to have come to an agreement with the Navy regarding a two-ship acquisition approach for CVN 80 and 81, a significant step toward building these ships more affordably.  Although there is more work to be done it is important to note that the multi-ship purchase of aircraft carriers helps stabilize the Newport News Shipbuilding workforce, enables the purchase of material in quantity, and permits a fragile supplier base of more than 2,000 in 46 states to phase work more efficiently.