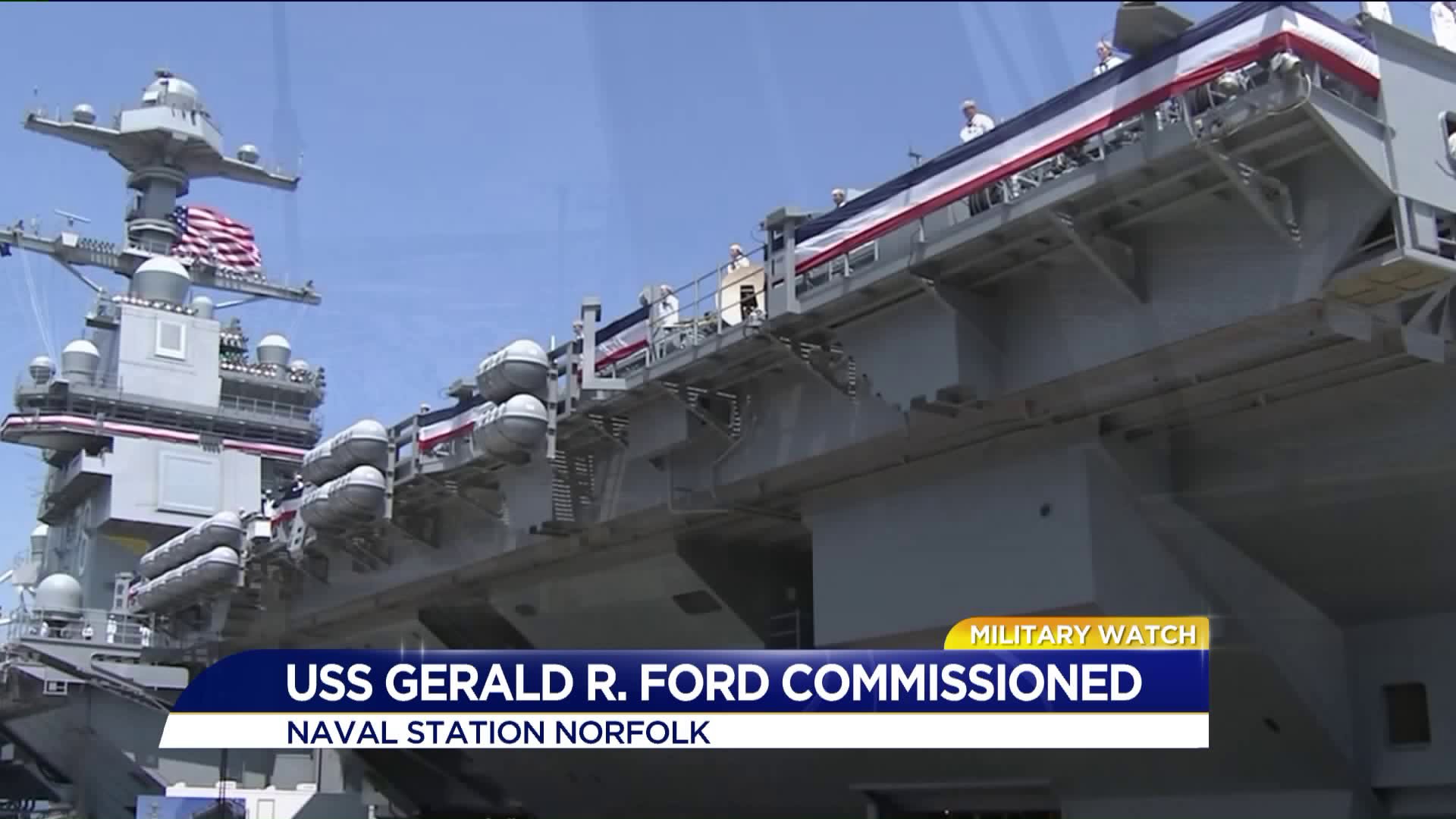 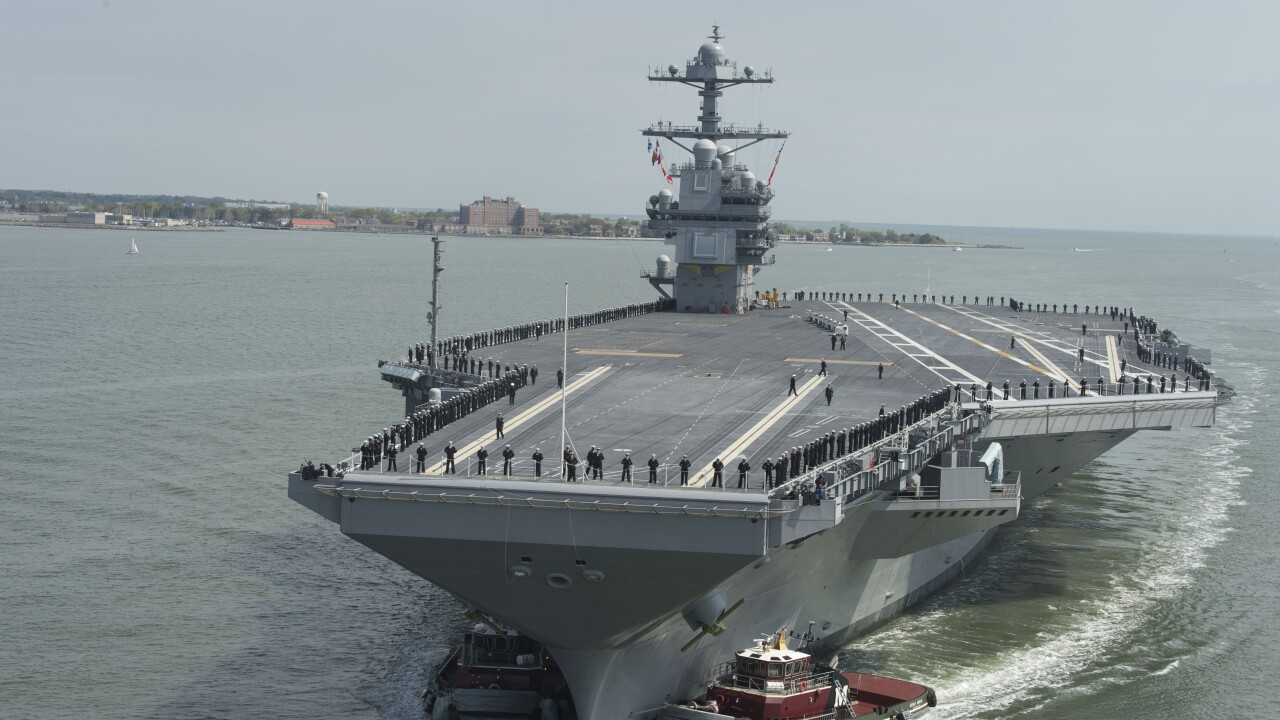 The Ford is the first in a new-class of nuclear powered aircraft carriers for the Navy. It is designed to replace the Nimitz-class carriers which began joining the fleet in 1975.

Thousands attended the ceremony, braving hot temperatures. President Donald Trump called it a message to the world. "American hands and American steel have constructed a 100,000 ton message to the world," he said. "American might is second to none and we're getting bigger, and better, and stronger every day of my administration."

The ship is named after former President Gerald R. Ford. Donald Rumsfeld and Dick Cheney, who served in Ford's administration, attended to pay to tribute to the 38th president. The ships sponsor is his daughter, Susan Ford Bales. She brought the ship to life.

Navy officials say testing will continue on the ship before its ready for its first deployment, but they say the nation's enemies won't want to mess with it. "This is their worst nightmare," said Adm. John Richardson, the chief of naval operations. "They will lie awake at night, fearing they may one day come and appear on the target list of the USS Gerald R. Ford."

Click here to get an inside look at the carrier.