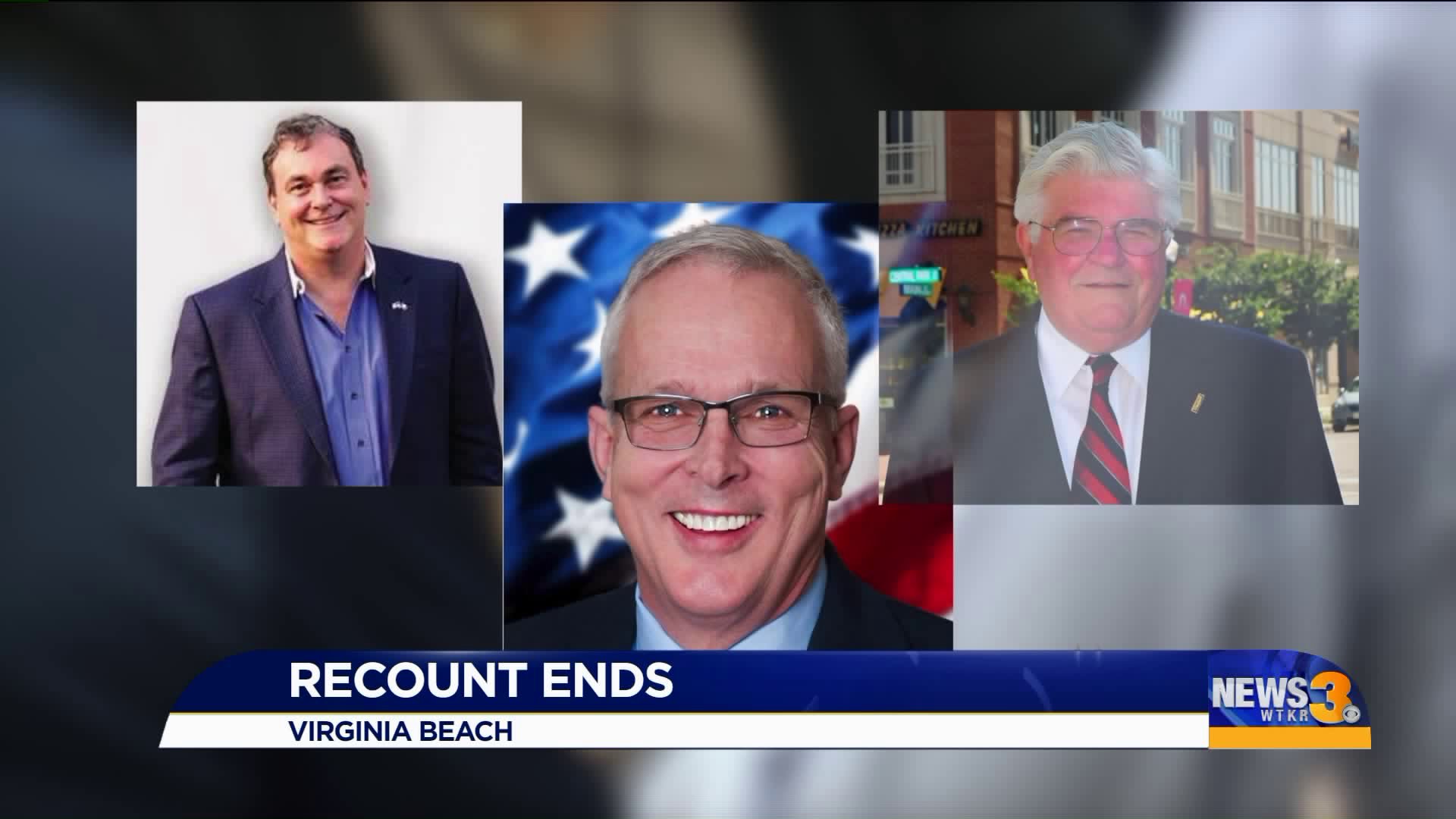 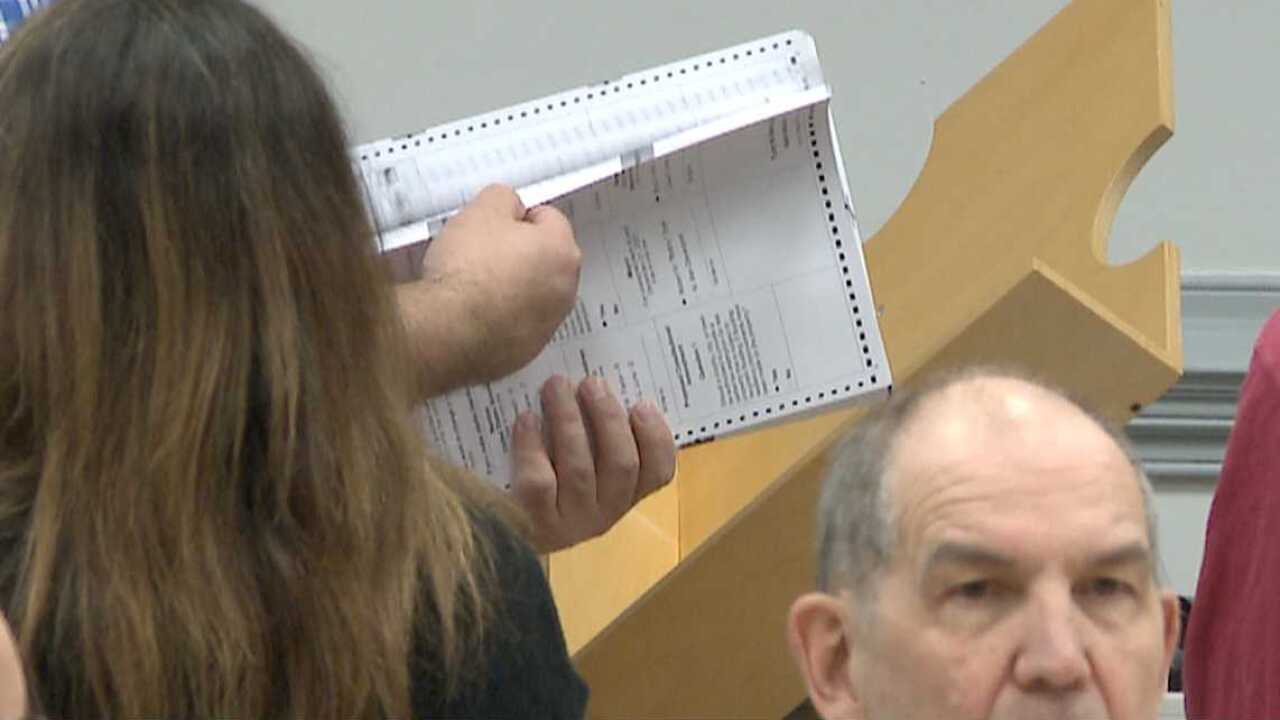 VIRGINIA BEACH, Va. - The historic recount for three city council seats ended on Thursday with the same candidates who were ahead after Election Day winning.

Dozens of election officials, campaign observers, lawyers and the candidates spent four days packed into Building 19 at the Municipal Center pouring over the results.

In the end, David Nygaard, Louis Jones and John Moss all maintained their leads and will be on city council in the new year.

"It'll be nice to have this part of the process over because it's been a long process," Nygaard said. "Most candidates get to take a break the day after Election Day and we didn't because we were caught in the recount."

Nygaard was in the tightest race in the Beach district against incumbent John Uhrin. Nygaard's lead narrowed some, but not enough to shift the result.

In the other races, attorney Gary Byler says the leads slightly increased for both John Moss in the At-large race against Dee Oliver and Louis Jones in the Bayside district.

Jones' opponent, Brad Martin, said he gave it his all. "It is absolutely disappointing," Martin said.

The recount will cost the city about $150,000, according to voter registrar Donna Patterson. The city is required to pay because the margins in the race are so close. Both Nygaard and Martin feel like the recount was worth it.

"I think that it's worth it for the people," Nygaard said. "These elections were very, very close elections and the losing candidate had the right to recount."

"For the city to spend $150,000 to put to rest any conspiracy theories or anything like that, I think it's worth it," Martin said.

A court hearing on Friday morning with three judges will confirm the results, but no results are expected to change.