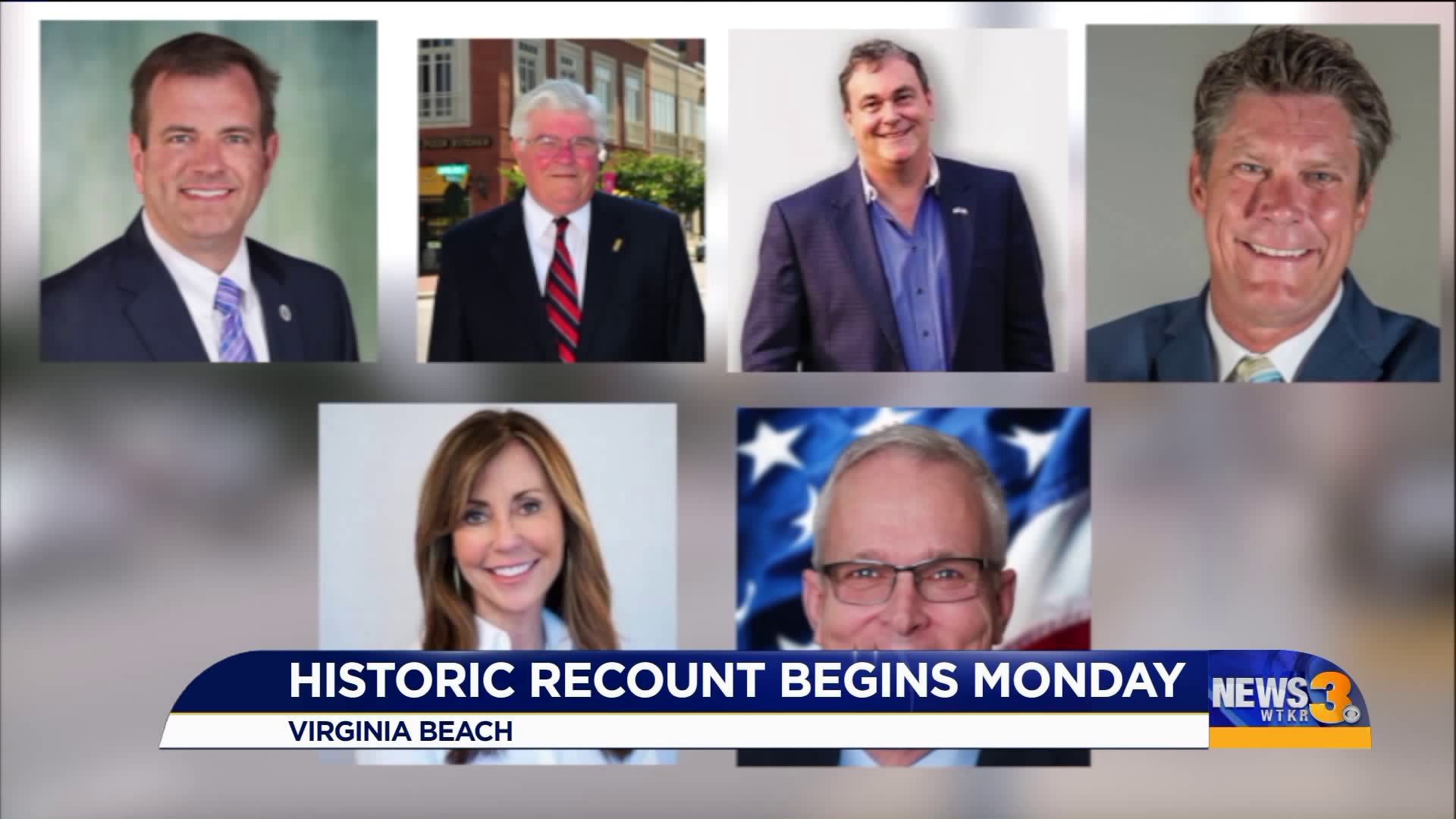 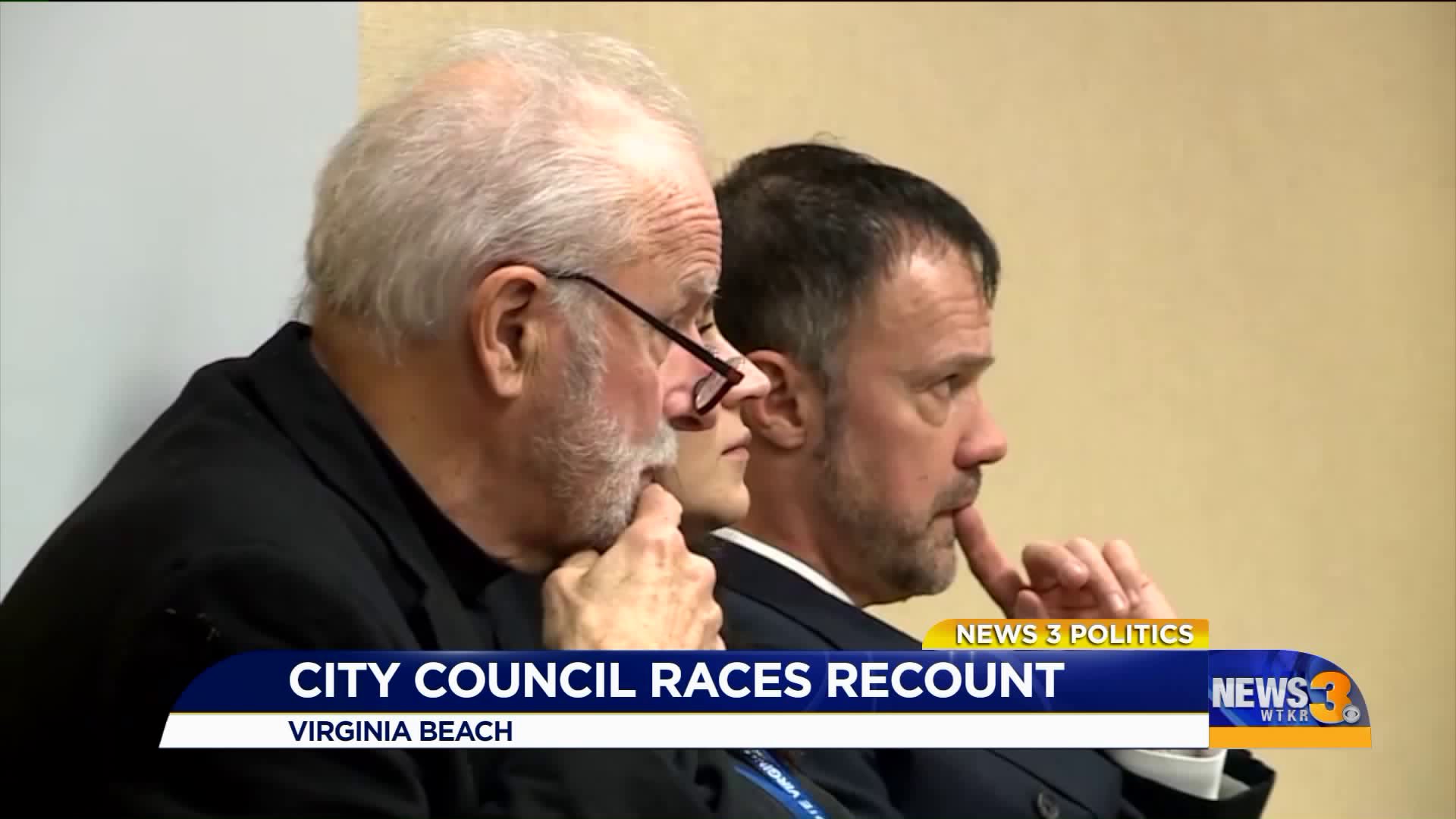 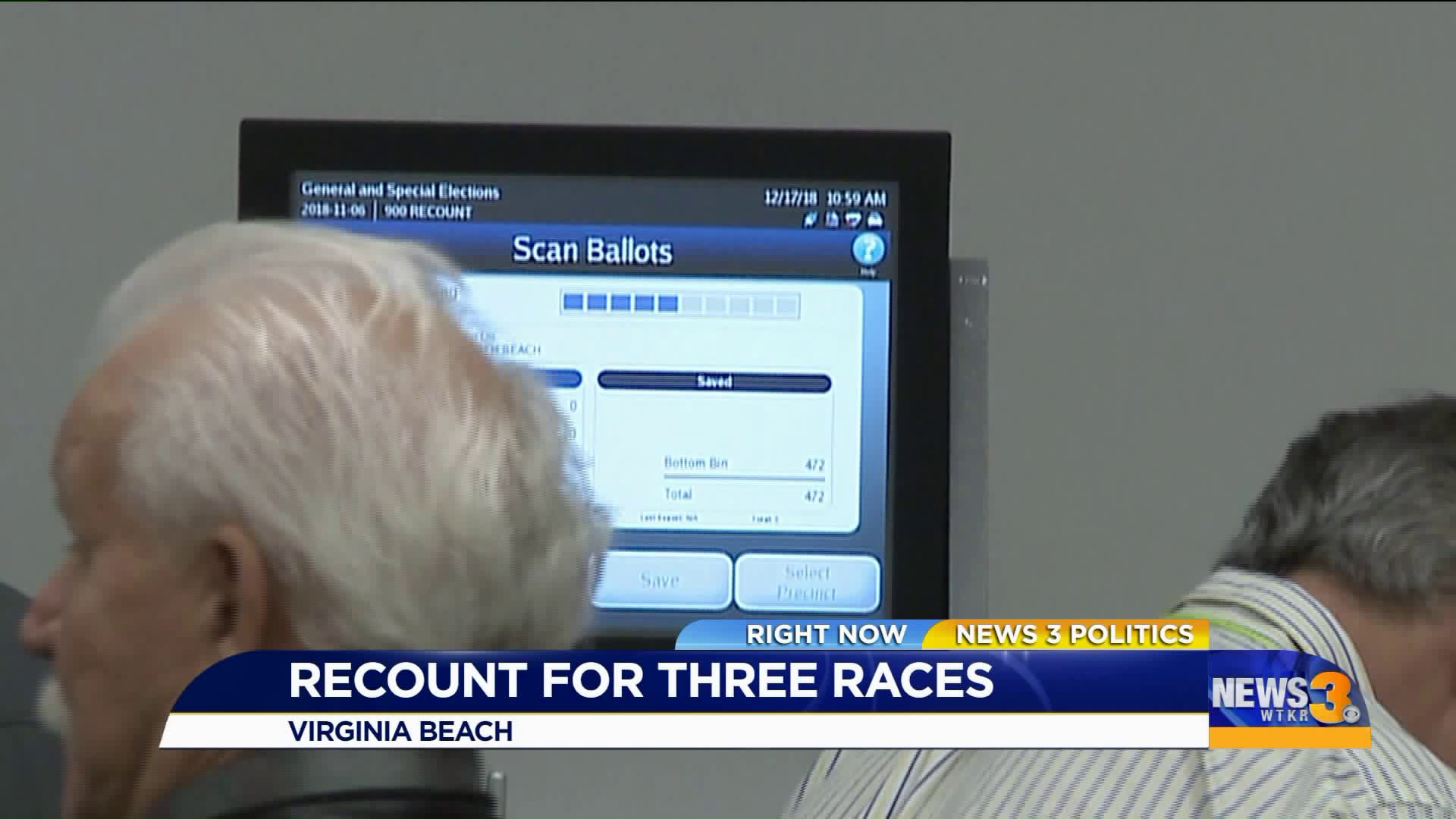 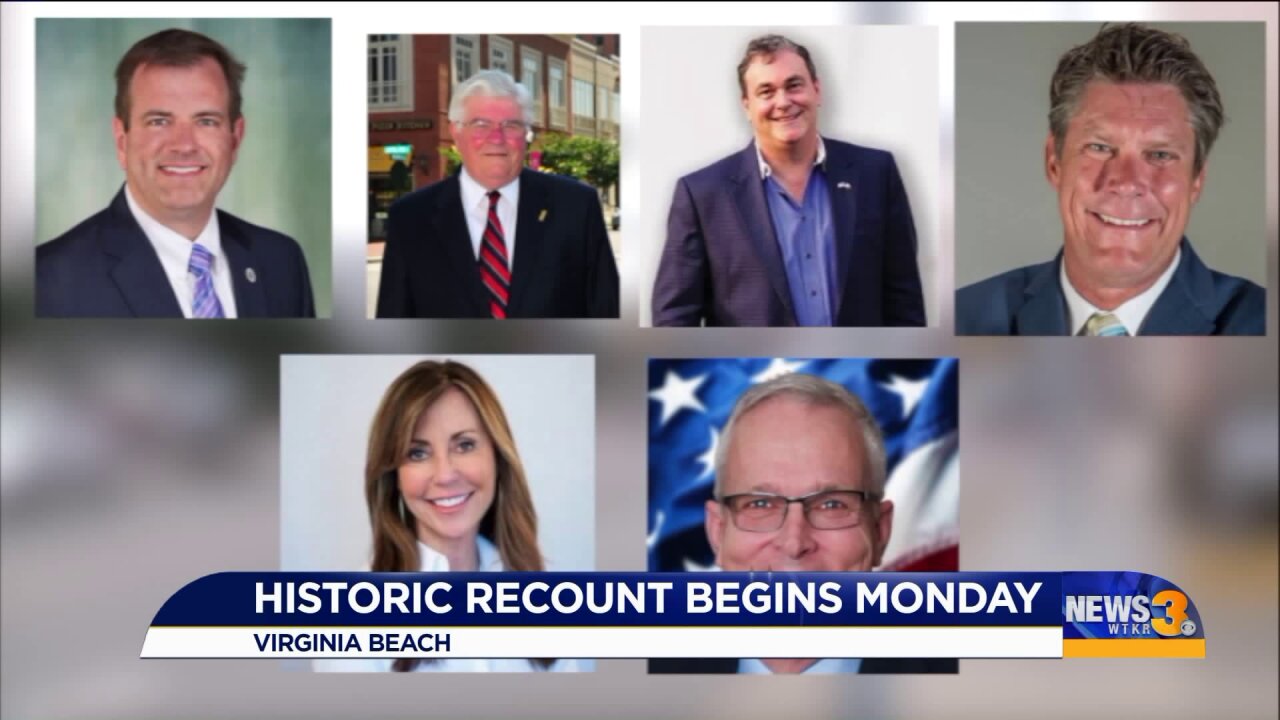 VIRGINIA BEACH, Va. - There have never been three recounts at the same time in the history of Virginia. On Monday, Virginia Beach will set a new precedent when three city council races are recounted at once.

The races for the Beach district, Bayside district, and At-Large race all are within the margin to qualify for recounts.

During a hearing Friday, a three-judge panel ruled the races will be recounted at the same time using high-speed voting machines. Attorneys for the leading candidates opposed both conditions, but the judges ruled against them.

Election officials say recounting all three at the same time is the fastest way possible, but the leading candidates' attorneys raised concerns over accuracy and confusion if ballots had to be hand counted.

"We're very concerned about the logistics, and I think the court is as well," attorney Gary Byler said after the hearing. Byler is representing Louis Jones and John Moss.

The closest race is in the Beach district, where David Nygaard has a 212 vote lead over the incumbent, John Uhrin. Nygaard also wanted the races to be recounted separately. "It's a difficult process to process to begin with. My preference would be to have three," Nygaard said.

Nygaard has also faced challenges from his opponents about whether he actually lives in the district, but he is dismissing the claims. "I think that's a crass manipulation of our legal system, and I think it just creates a circus," he said.

The next closest race is for the second At-Large seat. Aaron Rouse convincingly won the first one, but incumbent John Moss leads by just 347 over Dee Oliver for the second seat. Oliver says she's happy with how the recount is playing out. "I think that we are going to get a fair and accurate count, which all of the citizens of Virginia Beach deserve," she said.

Election officials will  be testing the voting machines on Saturday morning. The recount begins Monday morning and is expected to last for several days.

Stay with News 3 for updates on this developing story.