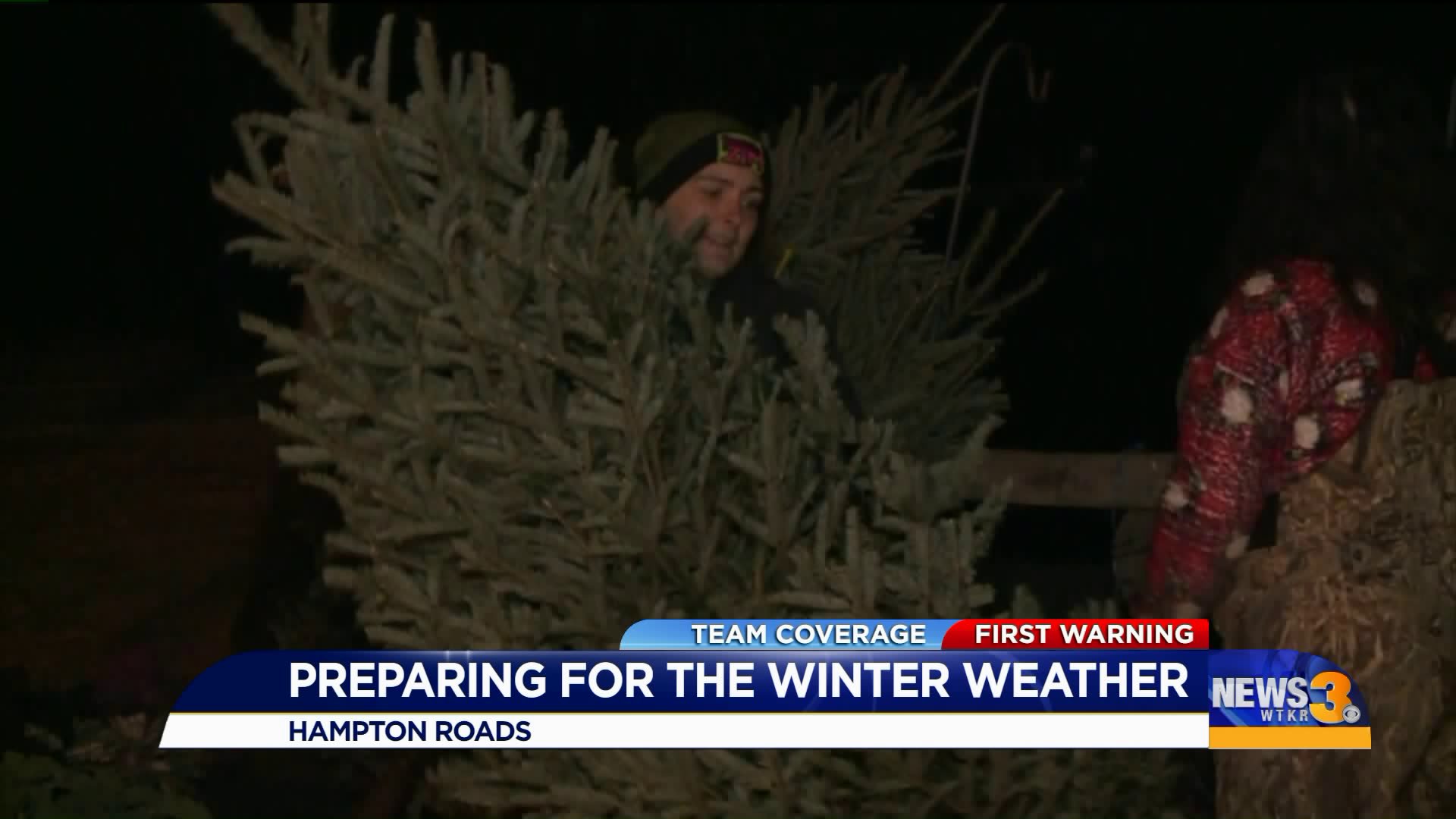 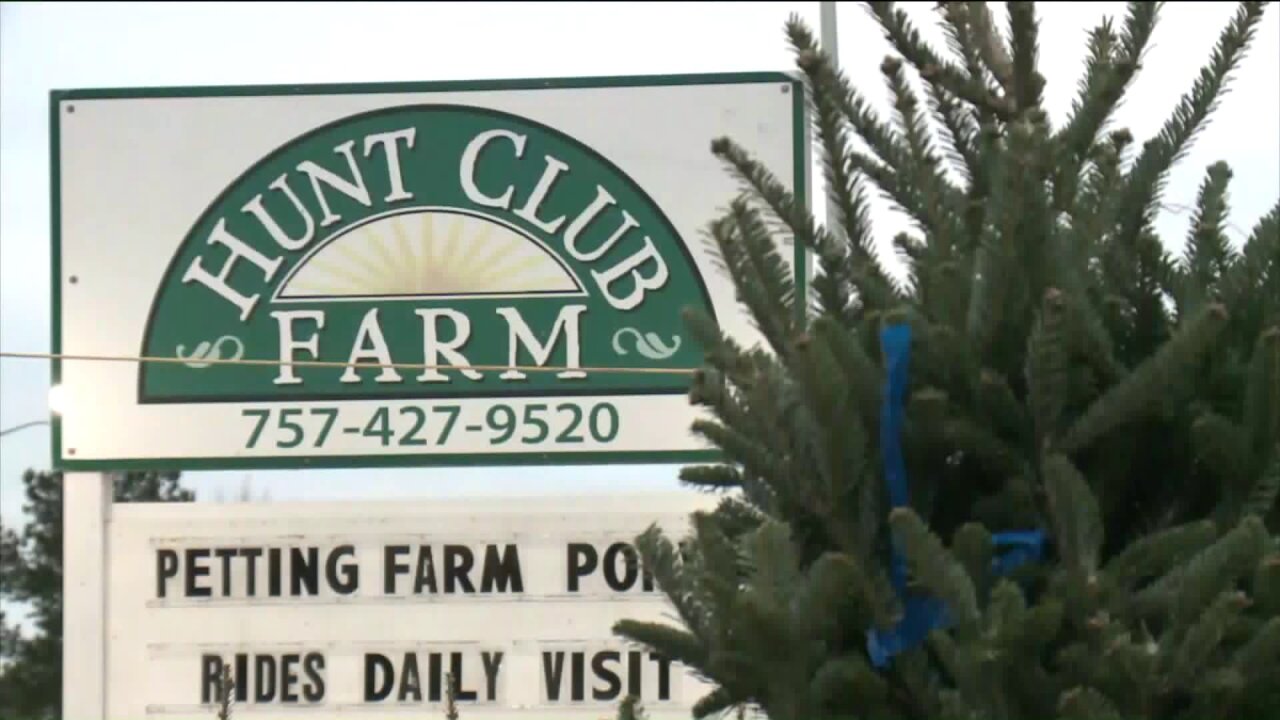 The Virginia Department of Transportation (VDOT) is urging drivers to stay off the roads once the winter storm begins Sunday morning continuing into Monday.

"I don't like it but you know, sometimes I have no choice," said Mary Ann. "I have to go to work and I have to. It's bad weather and there are plenty of accidents. If my boss is able to, you know, let me stay home then I would rather stay home."

"It does sometimes they might blow around on the lot," she said. "It makes it harder to tie it on somebody's car.

Hunt Club Farm said the trees can get knocked off from their stakes, but they generally won't blow away.

The business is just concerned about its petting zoo and putting the animals in a safe place.

Co-owner Randi Vogel said, "We pound a rebar in the ground about three feet and then double tie it to the stake, so we haven't had a big problem with that so we're ready."

Cindy's Produce and Hunt Club Farm said they're still expecting customers, as it remains a busy holiday season for them.

"No matter what, we'll be here making wreaths because we have a ton of special orders to get out for people," added Vogel.

VDOT mentioned they have three teams ready in the Hampton Roads region to deploy elsewhere in the state if needed to help other districts respond in harder hit areas.