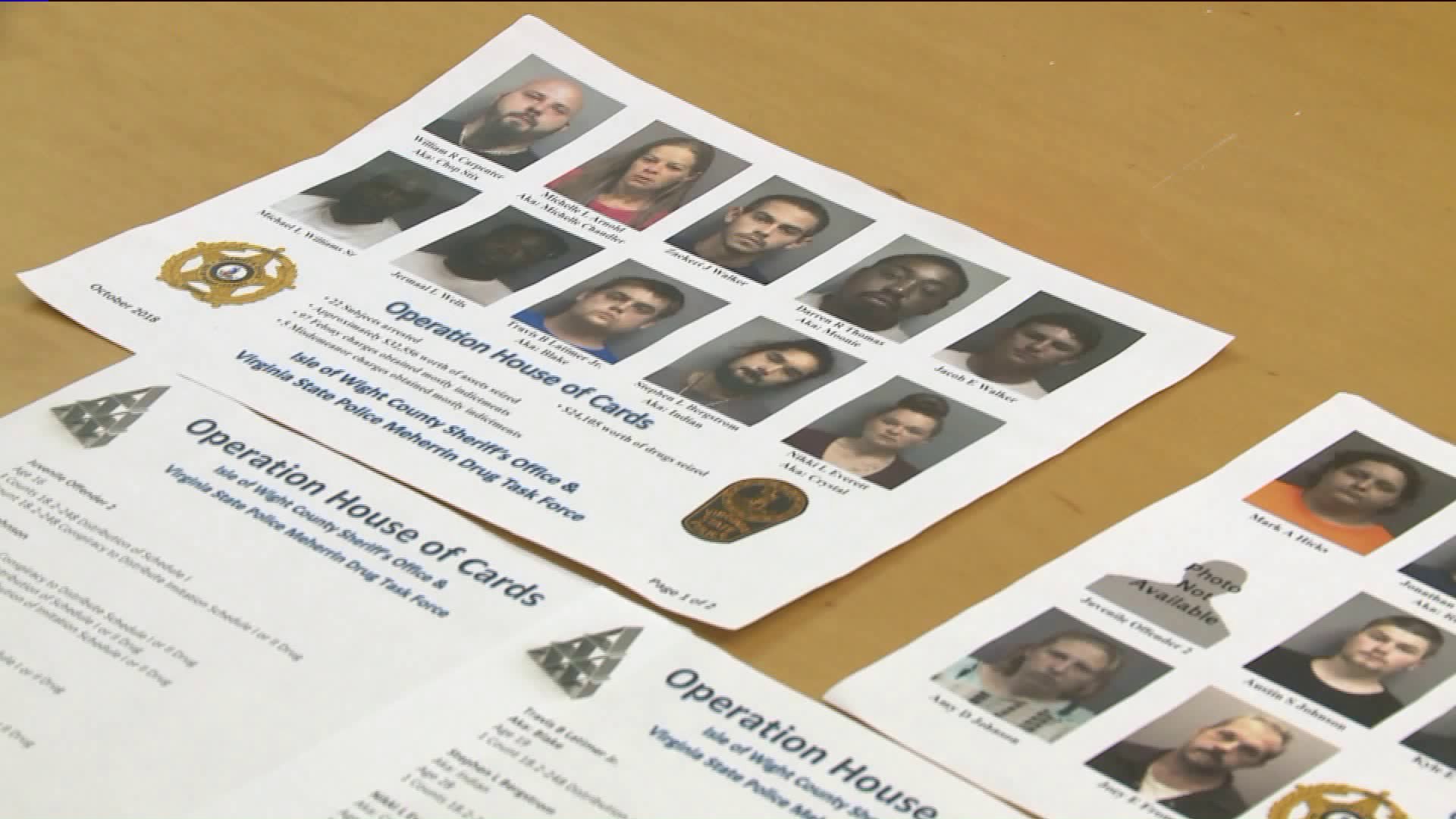 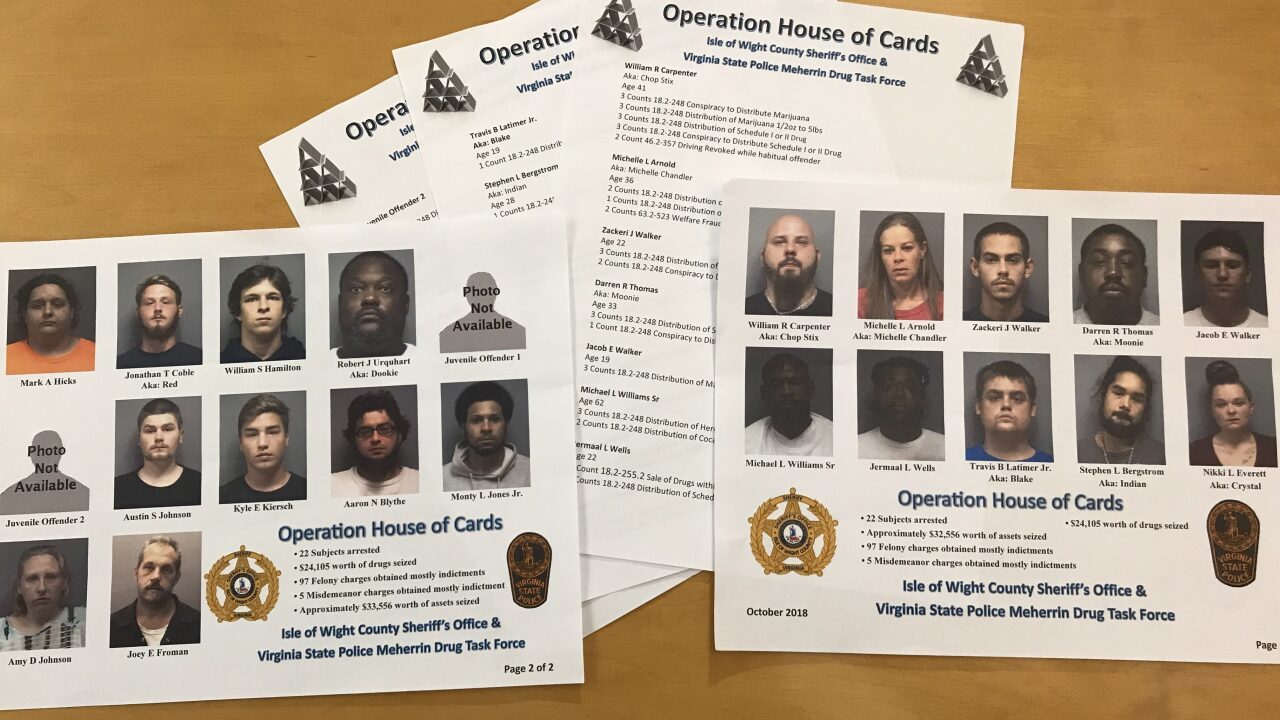 Isle of Wight Sheriff’s Lt. Tommy Potter said some of the arrests were people believed to be dealing the drugs, which is a crucial part of getting the product off the streets. Potter said with so many overdose deaths, arresting dealers has always been a priority for the department.

In total, 97 felony indictments were certified by the grand jury, meaning almost all these suspects face two or more charges.

During Operation: House of Cards, deputies seized methamphetamine, marijuana, cocaine, LSD, heroin and other schedule I or schedule II drugs. 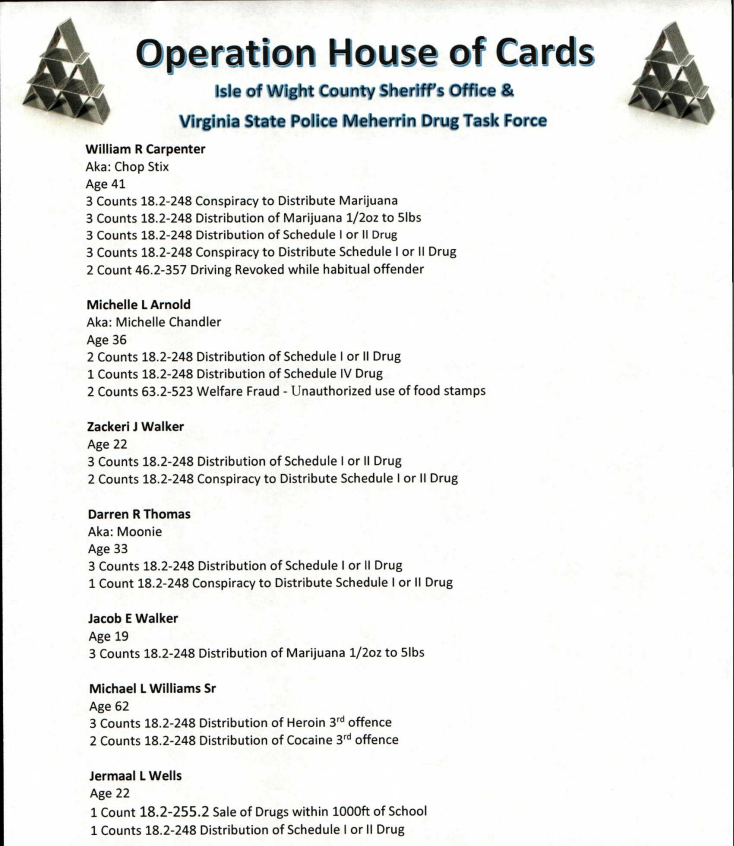 Two of the drug suspects, William Carpenter and Nikki Everett, are believed to be responsible for an armed robbery in Zuni and possibly another at a convenience store in Surry County.

Amy Johnson and Joey Froman were arrested for cooking meth out of a home where they lived with small children. They lived next door to another home where three little kids lived.

Neighbors told News 3 that a home in Carrsville was searched by deputies a few weeks ago. One neighbor said the landlord of the property eventually had to come to the home to clear out the meth lab set up inside once deputies arrested the tenants.

Almost all of the 22 suspects are awaiting court appearances in Western Tidewater Regional Jail. Two of the suspects listed in the indictments are not named because they are under the age of 18.

Isle of Wight deputies encourage anyone who sees suspicious activity in their neighborhood to call their office or the Crime Line at 1-888-LOCK-U-UP (1-888-562-5887) to report it.