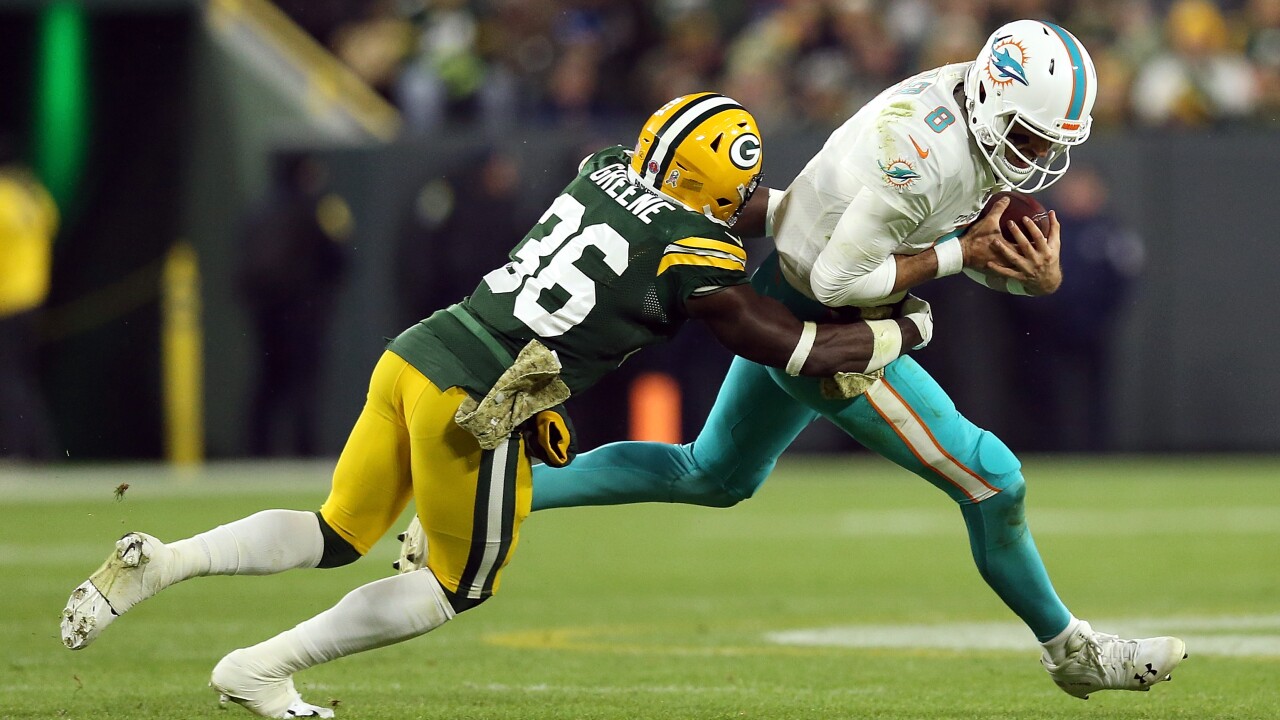 GREEN BAY, Wisc. – Have a day, Raven Greene. After the Redskins traded for Ha-Ha Clinton-Dix, more playing time opened up for the undrafted rookie out of James Madison.

Sunday against the Miami Dolphins, Greene made the most of his opportunity. Late in the third quarter, Greene blitzed and sacked Dolphins quarterback Brock Osweiler.

Later in the fourth quarter, Greene executed the Packers’ fake punt to perfection for 26 yards.