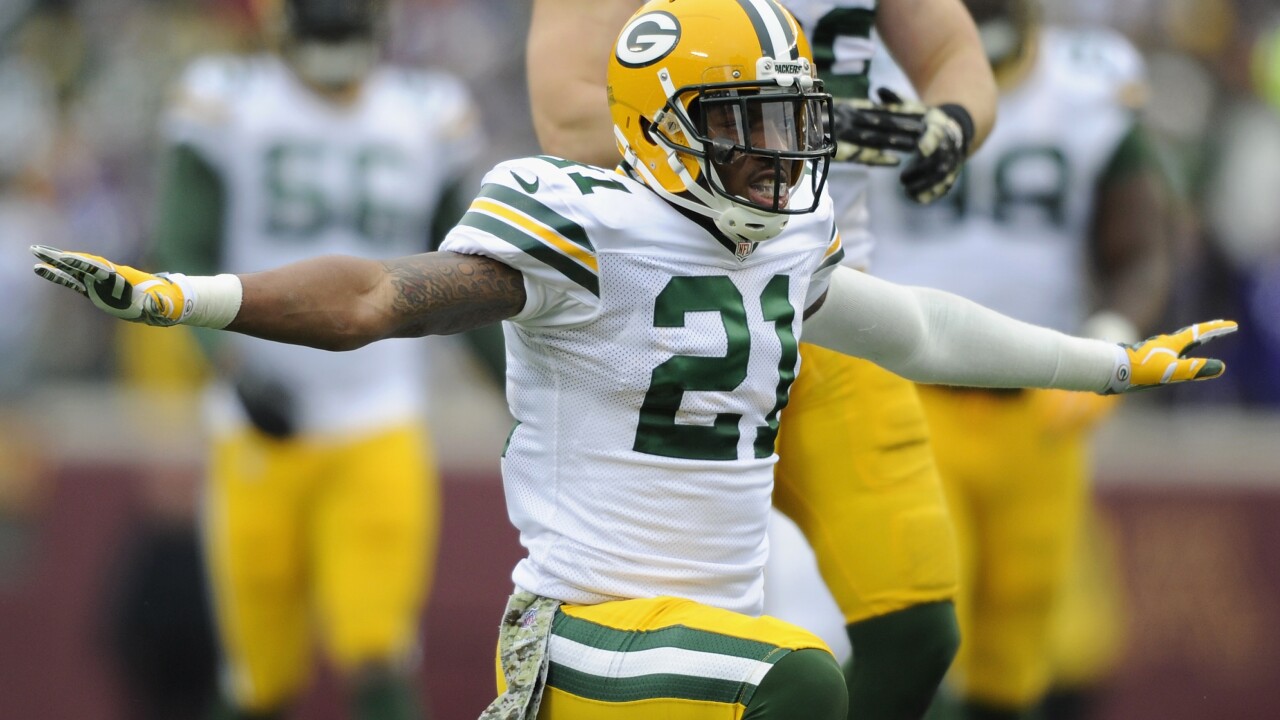 LOUDOUN COUNTY, Va. – This deadline deal is no laughing matter.

The first place Redskins have traded for Green Bay Packers Pro Bowl safety Ha Ha Clinton-Dix. The deal was completed minutes before the league’s 4:00 p.m. trade deadline. Washington gave up a fourth-round pick in the 2019 NFL Draft to land the 25 year-old safety.

The addition of Clinton-Dix to a secondary featuring D.J. Swearinger gives the Redskins the top two-rated safeties in the NFL according to Pro Football Focus. Through seven games this season, Washington’s defense has allowed the second-fewest total yards in the NFL and the seventh-fewest yards per play (per Pro-Football-Reference.com).

“Well, they have a lot of good players,” Redskins head coach Jay Gruden said of players from Alabama. They get the top high school guys, and they turn into top pro guys a lot of the time. They’ve been to three national championship games and won two, so that’s not all coaching, that’s some playing. They’re well-coached. So when they come from Alabama, usually they’re ready to roll from a mental standpoint. They know how to work. They know the grind of long seasons because they usually play two playoff games. I know Coach [Nick] Saban and those coaches up there work them hard throughout the year. They have a good understanding of what football is all about. Great passion for the game and that’s been the case so far with the Alabama guys we’ve brought in here.”

Ha ha has started every regular-season and postseason game for Green Bay since the start of the 2015 season. He’s played in every regular-season game since entering the league in 2014. In 2016, the Orlando, Florida native was named to his first career Pro Bowl and earned second-team All-Pro recognition from The Associated Press and All-NFC honors from the PFWA after leading the team with a career-high five interceptions (tied for No. 5 in the NFL and No. 2 among safeties).

Selected in the first round (24th overall) of the 2014 NFL Draft, this is Ha Ha Clinton-Dix’s NFL Draft profile via NFL.com:

His full name is Ha’Sean Clinton-Dix. Elite recruit out of Florida, where he doubled as a running back and kick returner. Played in 13 games for Alabama as a true freshman in ’11 and recorded 11 tackles and two pass breakups. Was a key performer for the national champions in ’12, appearing in all 14 games (10 starts) at safety. Had 37 tackles, four pass breakups and five interceptions with one-half tackle for loss and one forced fumble. Tied for the SEC lead in interceptions, including picks in the SEC Championship Game win over Georgia and the BCS National Championship Game win over Notre Dame. In ’13, he played in 11 games (nine starts at free safety) and totaled 51-4-2 with 3.5 tackles for loss. Received a suspension for accepting a short-term loan of less than $500 from an assistant coach, missing two games. Injured his knee against Auburn on Nov. 30, necessitating surgery on the meniscus tear, but returned to the field for the Allstate Sugar Bowl.

TRADE: The #Redskins have acquired Ha Ha Clinton Dix from the Packers.

Did they know? 👀 #HTTR pic.twitter.com/k1uXl3qt6H

The highest graded safeties in the NFL so far this season. pic.twitter.com/4JRxNQc0uO