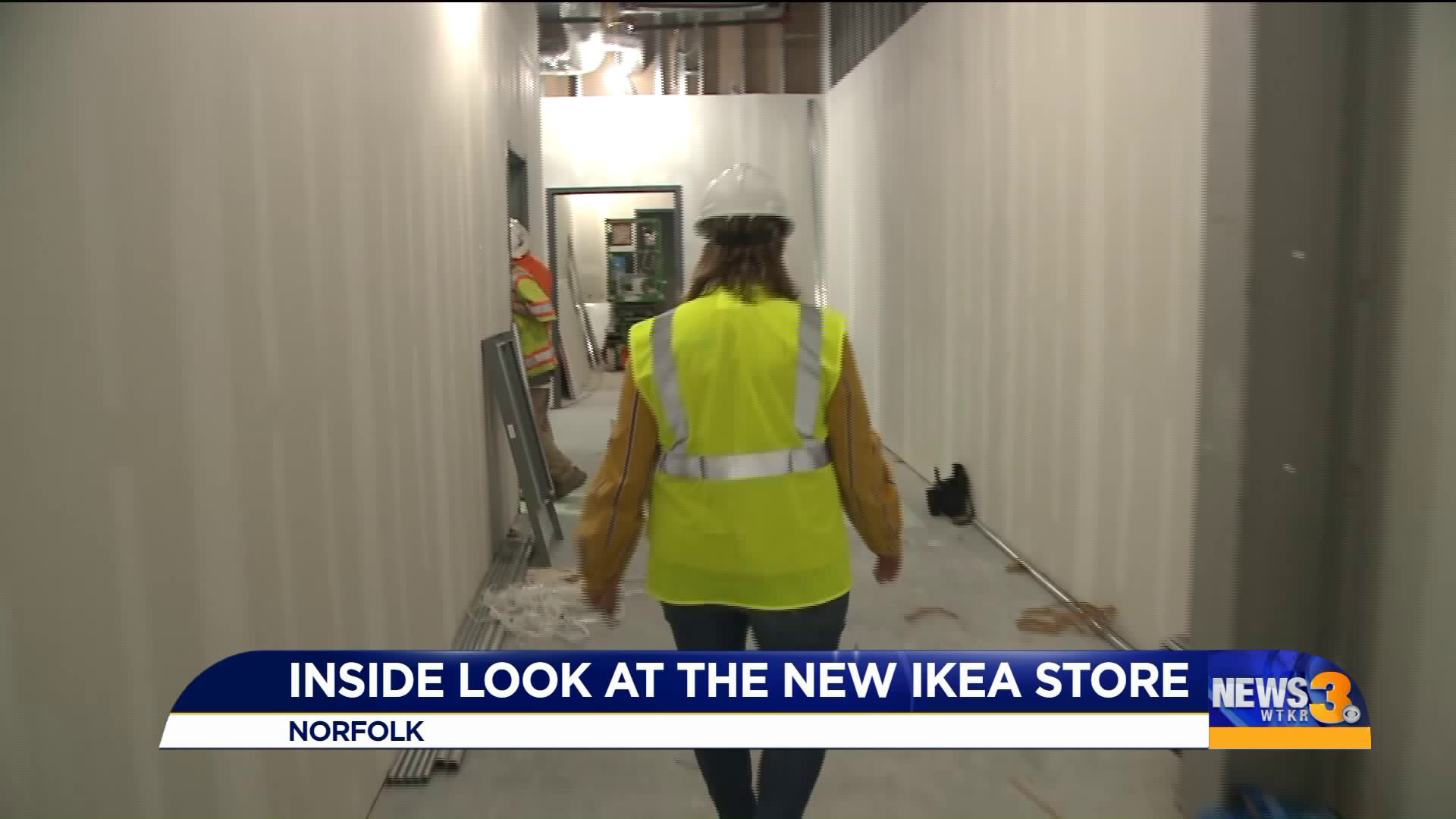 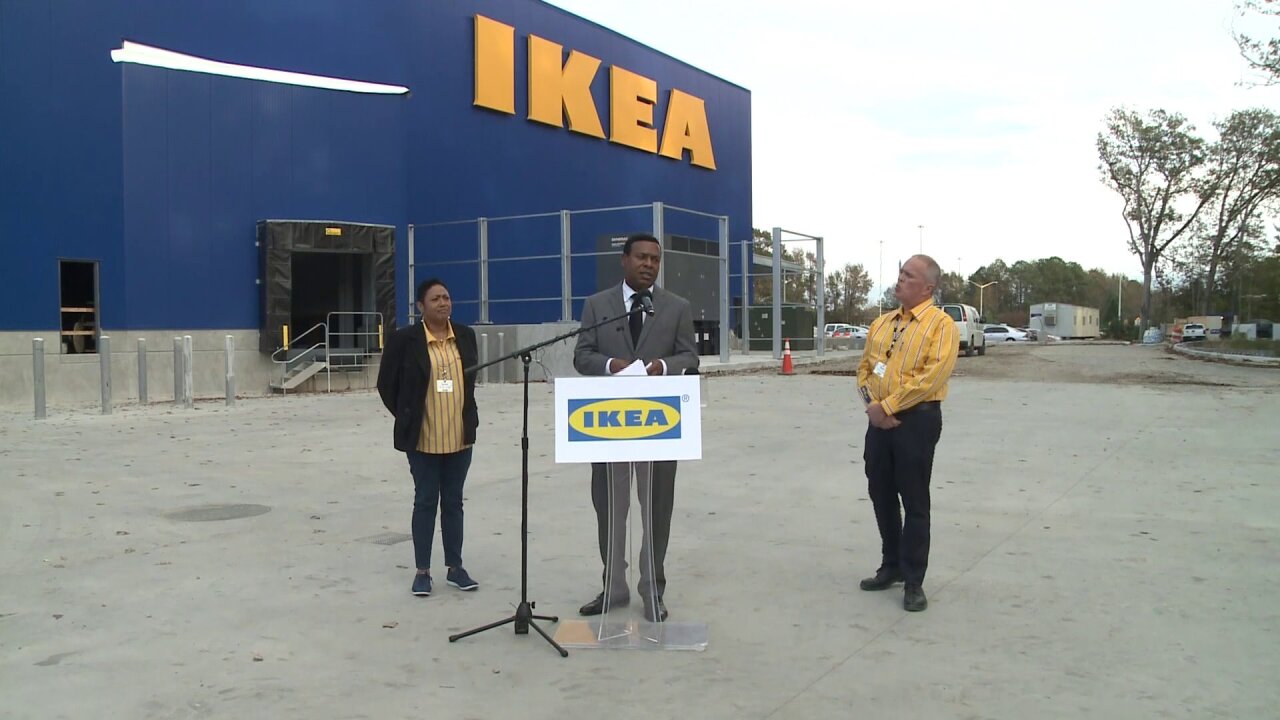 NORFOLK, Va. – Your future home decor destination is now complete - IKEA is closer to officially opening its doors in Norfolk!

They also discussed recruitment efforts. The public affairs manager at IKEA US said the store plans to hire 250 employees, both full and part-time.

You can click here for more on those jobs.

Store manager addresses the types of jobs that will be offered here. They have 250 positions to fill. https://t.co/psrZx5Qoyg via @WTKR3 pic.twitter.com/zoKQ9d808u

The new IKEA will offer nearly 10,000 items, 50 rooms, three model home interiors, a kids’ play area and a 450-seat restaurant. And yes, the restaurant will serve the famous IKEA meatballs in addition to traditional Swedish and American cuisine.

The store will also evaluate potential on-site power generation to complement its current U.S. goal of a renewable energy presence at nearly 90 percent of its U.S. locations.

Staff talks about entrance to store. https://t.co/psrZx5Qoyg via @WTKR3 pic.twitter.com/MoJ0skaSTv

The facility is 331,000-square-feet. They have parking for more than 900 people. https://t.co/psrZx5Qoyg via @WTKR3 pic.twitter.com/HBza67aJmO

Local resident Charlie Plisco was announced as the manager of the store, which will be the 50th store in the U.S. He joined IKEA in 2016 as the Deputy Store Manager at the IKEA Stoughton in Massachussetts, where he learned about the company culture and how to operate a successful location while building a great place to work.

“We are excited to open our second store in Virginia under Charlie’s leadership,” said IKEA U.S. president Lars Petersson. “His passion for his hometown paired with his experience will help create an inspirational experience at IKEA Norfolk for both customers and co-workers.”

Plisco served as store manager and district manager at other U.S. retailers.

“IKEA recognizes the customer base that exists in the Virginia area, and I look forward to providing existing and future customers a store of their own,” Plisco said. “At the same time, I am excited to spread the IKEA culture among new co-workers, as well as offer job-seekers diverse positions with limitless opportunity at a global company known for being a great place to work.”

The store is expected to open near the future location of Burton Crossing in Spring 2019.