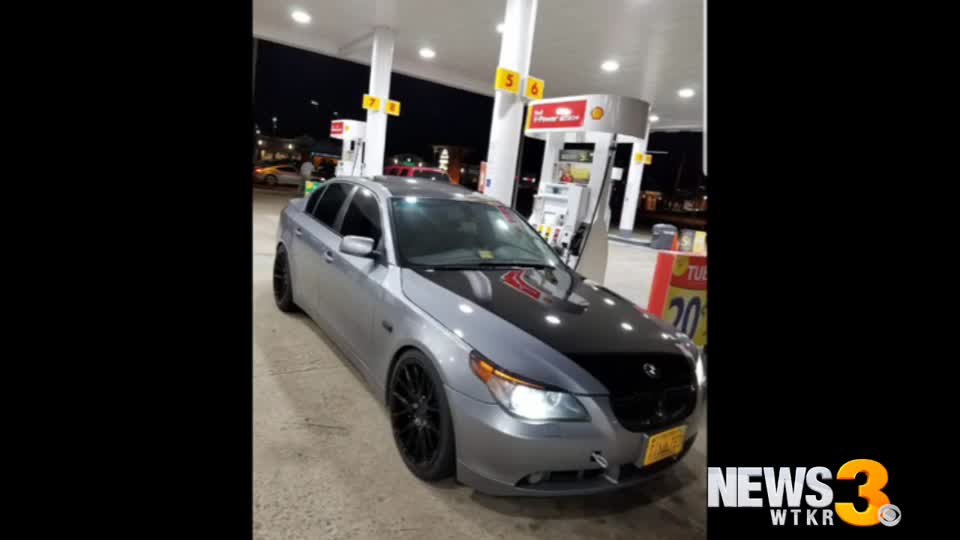 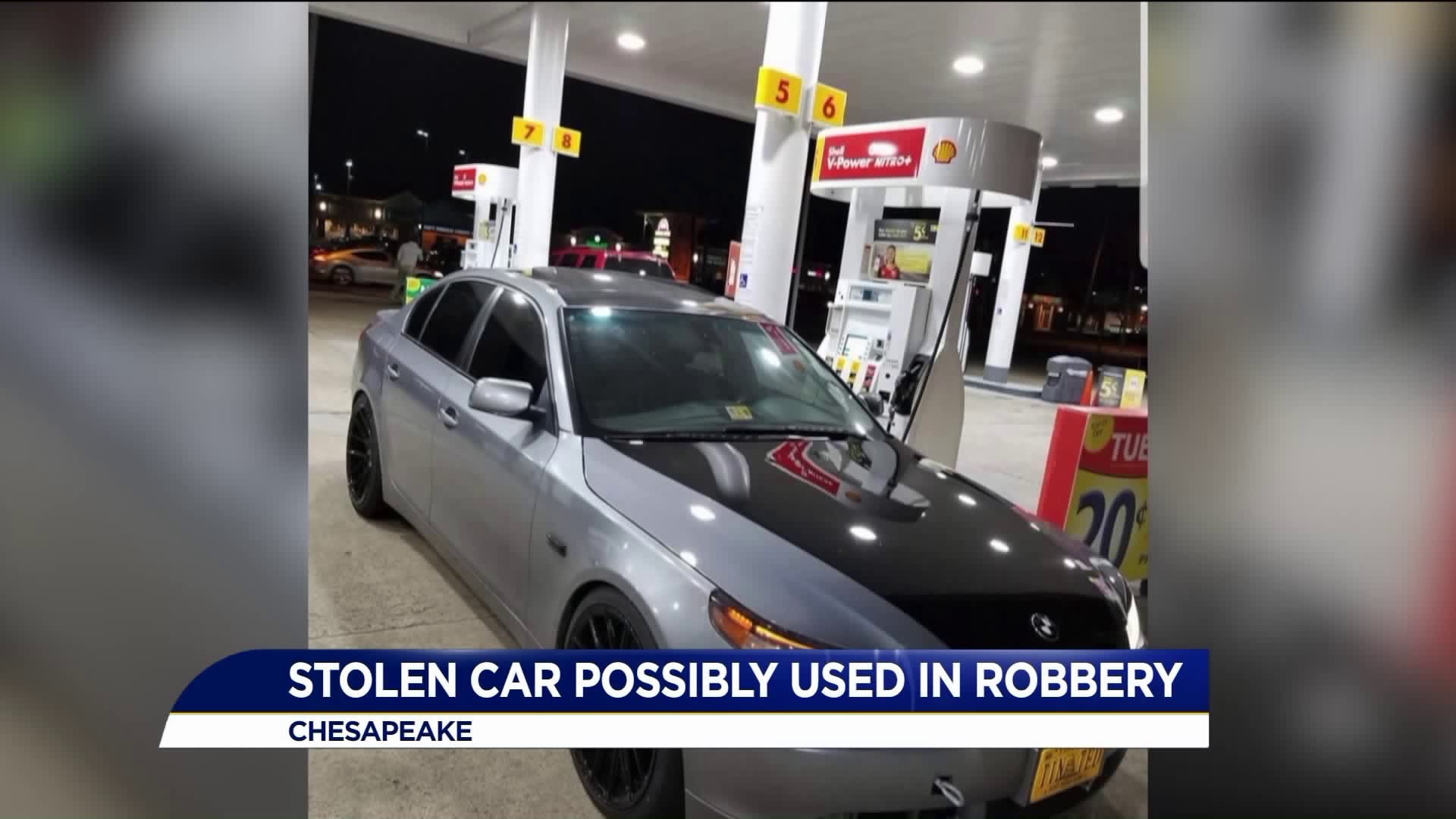 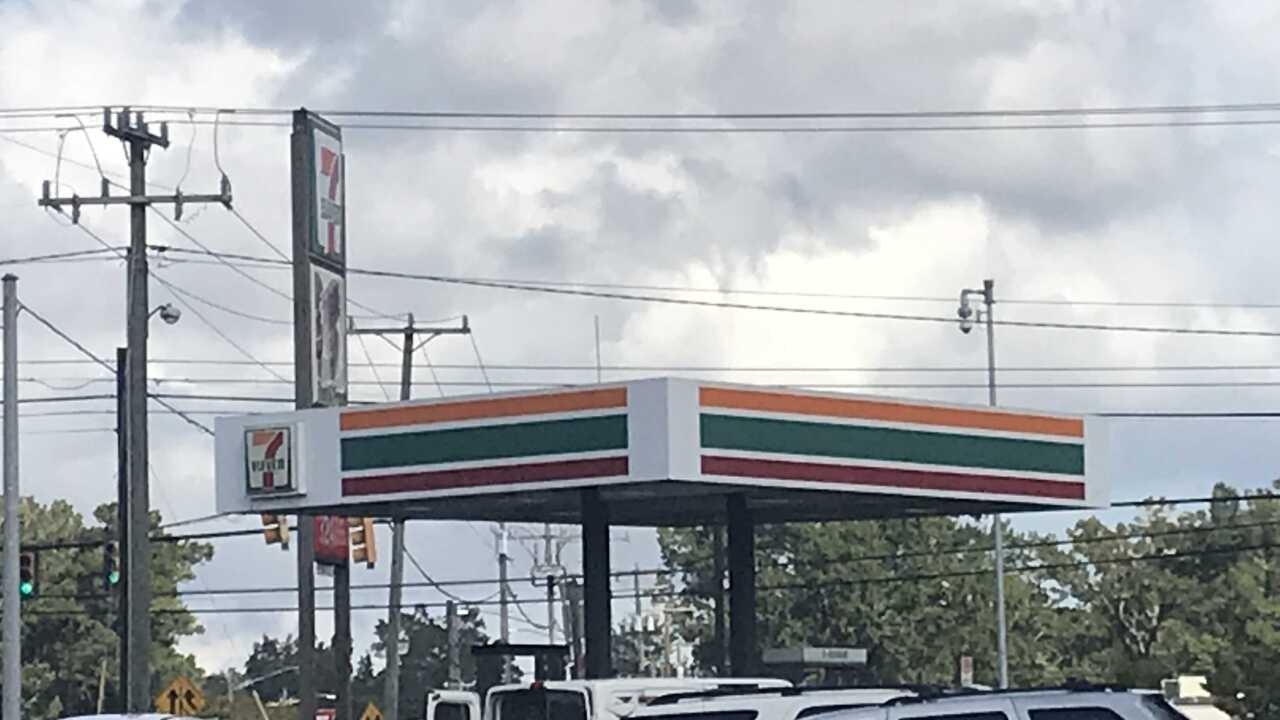 CHESAPEAKE, Va. - A car stolen from the Deep Creek section of Chesapeake on Saturday has now been spotted outside at least one 7-Eleven that was robbed the following night.

Steve Thacker said his $85,000 silver 2005 BMW 535i was stolen from his shop on South Military Highway Saturday evening before 9 p.m.

News 3 did a story with Thacker Monday night, and shortly after he started getting feedback from people in the area saying they had seen his car parked near the 7-Eleven that was robbed Monday around 1 a.m.

The stolen car was found Tuesday afternoon in Norfolk. It was stripped and up on blocks off Timothy Avenue.

Residents in the area who did not want to be identified said they thought the car looked suspicious, sitting in their driveway while running with the lights on. One witness said she saw two guys walking back to the car late that night before it took off.

A clerk who was working at the Canal Street 7-Eleven the night it was robbed said there were two black male suspects wearing all black but one had bright orange shoes - the same shoes the witness said one of the suspects getting into the BMW was wearing before it left the area.

The clerk said she was held at gunpoint as the store was robbed of money, cigarettes and lottery tickets. Shortly after this robbery, Chesapeake Police reported another 7-Eleven on Eden Way North was robbed, possibly by the same suspects.

Sarah Crutsinger said her wife is the clerk who was robbed. Crutsinger was visiting her wife in the store, watching the door as her wife used the bathroom because there is only one staff person overnight. Store management is being criticized by employees for the policy because Crutsinger said she is scared when she works the overnight shift.

"She told them when she was hired and she didn’t want to work alone and they guaranteed she wouldn’t and she's worked alone the last month or so," said Crutsinger, who spoke on behalf of her wife.

The store is being questioned about its staffing policy, but Chesapeake Police are also being criticized by the victims of car theft.

"They slept on the second report when I tried to report my car stolen. They didn’t take action then and I feel like this could have been prevented with more from the Chesapeake Police," said Thacker.

Anyone with information about the robberies can call the Chesapeake Police or the Crime Line number at 1-888-LOCK-U-UP (1-888-562-5887). Police also encourage the public to use the P3tips app or submit tips online. Everyone who calls or writes in can remain anonymous.