Kavanaugh has the votes to be confirmed to Supreme Court 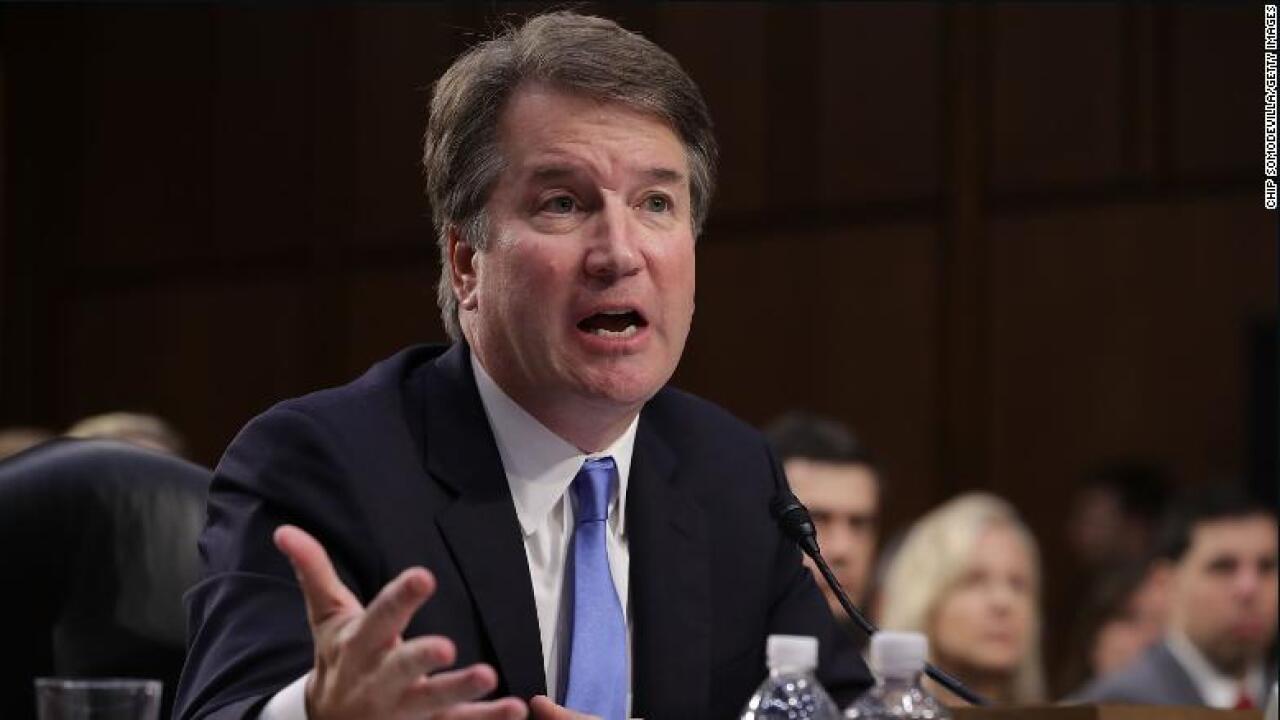 Brett Kavanaugh is set to become the Supreme Court justice who inaugurates a conservative majority for a generation, after wavering Republicans closed ranks to give him sufficient votes for confirmation in a historic victory for President Donald Trump.

The final Senate vote is expected Saturday, but enough senators have committed to backing him after a tumultuous political battle inflamed by allegations by California professor Christine Blasey Ford that Kavanaugh sexually assaulted her when they were teenagers in the early 1980s.

A dramatic and draining showdown that held Washington in thrall for weeks finally moved towards resolution when Maine Sen. Susan Collins — the last undecided GOP senator — said in a combative speech on Friday afternoon that she would vote to confirm Kavanaugh, after concluding there was not sufficient corroboration for Ford’s claims.

Despite being a key player in the most partisan confirmation process in decades, Collins said she hoped Kavanaugh, a former political operative in the George W. Bush White House, would work to depoliticize the court. Bush, in fact, had spoke repeatedly to Collins over the past few weeks and reassured her about his character and temperament, a person familiar with the conversations says.

“So that public confidence in our judiciary and our highest court is restored. … I will vote to confirm Judge Kavanaugh,” Collins said, in a 40-minute speech.

Earlier, another GOP holdout, Arizona Sen. Jeff Flake said he would back Kavanaugh. And after Collins spoke, Sen Joe Manchin, a Democrat of West Virginia who is running for re-election in a staunchly pro-Trump state, said he would also back confirmation, speaking to reporters on Capitol Hill surrounded by protestors urging him to change his vote.

One lone Republican, Sen. Lisa Murkowski of Alaska, said she would oppose Kavanaugh.

The vote to confirm Kavanaugh, when it comes, will reconcile a cause that has unified and electrified the conservative movement dating to its rebirth as a modern political force led by former President Ronald Reagan. Once Kavanaugh is seated, Chief Justice John Roberts, by no means a moderate, will become the swing vote on the Supreme Court.

The conservative majority will have a sweeping impact on American life, possibly for decades, on issues that are at the epicenter of the nation’s poisoned political debate including LGBT rights, the limits on presidential power, campaign finance, abortion and the role of religion in society.

The Kavanaugh saga however also forced the GOP to come down on the opposite side of the #MeToo movement, that has forced society to give greater credence to women who make allegations about powerful men and is now a significant political force. The decision may have further eroded the GOP’s already shaky status among women voters. Kavanaugh’s elevation could also spike Democratic enthusiasm in midterm elections in just five week — especially in House races. Still, failing to confirm Kavanaugh would have been a disaster for the Republicans and the party’s victory may also energize conservatives.

Collins comes off the fence

Collins has a reputation as a moderate and a pragmatist who rarely trades in the fiercely partisan rhetoric of colleagues on both sides of the aisle and often seems an odd fit for a party taken over by Trump.

But as soon as she began speaking, she adopted her party’s arguments on Kavanaugh and rejected Democratic critiques of the judge on issues including birth control, health care, his views of expansive presidential power and abortion.

When it came to Ford’s allegations, she said the evidence did not preclude the notion that she had been assaulted at a party on the night in question or elsewhere. But she said that none of the four witness who Ford said were present could remember any such event. She said that the confirmation process was not a trial and therefore the allegations did not need to be proven beyond a reasonable doubt.

“Therefore I do not believe that these charges can fairly prevent Judge Kavanaugh from serving on the court.”

Murkowski in contrast, defied her party and voted against advancing the nomination.

“He’s not the right man for the court at this time,” Murkowski told reporters.

Kavanaugh’s candidacy has stirred a furious political debate and whipped up protests and recriminations and a clash between the mostly male power structure of the Republican Party and the emerging influence of the #MeToo movement which has become an important force in liberal politics.

The road to final confirmation became clearer on Friday morning when Kavanaugh survived a crucial procedural vote 51-49 in the Senate and Collins and Flake lined up with their Republican colleagues — an outcome that was in doubt up until the last minute.

Kavanaugh repeatedly denied Ford’s allegations and condemned Democrats for drilling down on his teenaged drinking and yearbook postings. But emotional testimony Ford delivered to the Senate Judiciary Committee last week, and the judge’s own explosive and partisan performance, raised doubts about his temperament and left his hopes hanging by a thread.

In the tense moments before the morning vote, Senate Majority Leader Mitch McConnell, for whom a conservative Supreme Court majority would represent a career defining achievement, accused Democrats of trying to derail Kavanaugh’s nomination with delaying tactics and obstruction — even though he is a possibly Washington’s most accomplished master of the dark arts.

Had the vote fallen short, it would have thrown a major blow to the nomination and throw the possibility of confirmation into serious doubt.

There was immense relief at the White House where Trump watched a vote that takes him one final step closer to becoming the Republican president who enshrined a conservative majority on the Supreme Court — an achievement that will elevate him in history.

“Very proud of the U.S. Senate for voting ‘YES’ to advance the nomination of Judge Brett Kavanaugh!” the President tweeted, moments after the final tally became official.

Ford’s lawyers said their client did not watch the vote unfold on television.

Friday’s vote took place after yet another extraordinary twist in the Kavanaugh confirmation process, when the nominee penned a last minute Wall Street Journal op-ed that was seen as an effort to put to rest questions about his temperament.

“I was very emotional last Thursday, more so than I have ever been,” Kavanaugh wrote in the Journal. “I might have been too emotional at times. I know that my tone was sharp, and I said a few things I should not have said. I hope everyone can understand that I was there as a son, husband and dad. I testified with five people foremost in my mind: my mom, my dad, my wife, and most of all my daughters.”