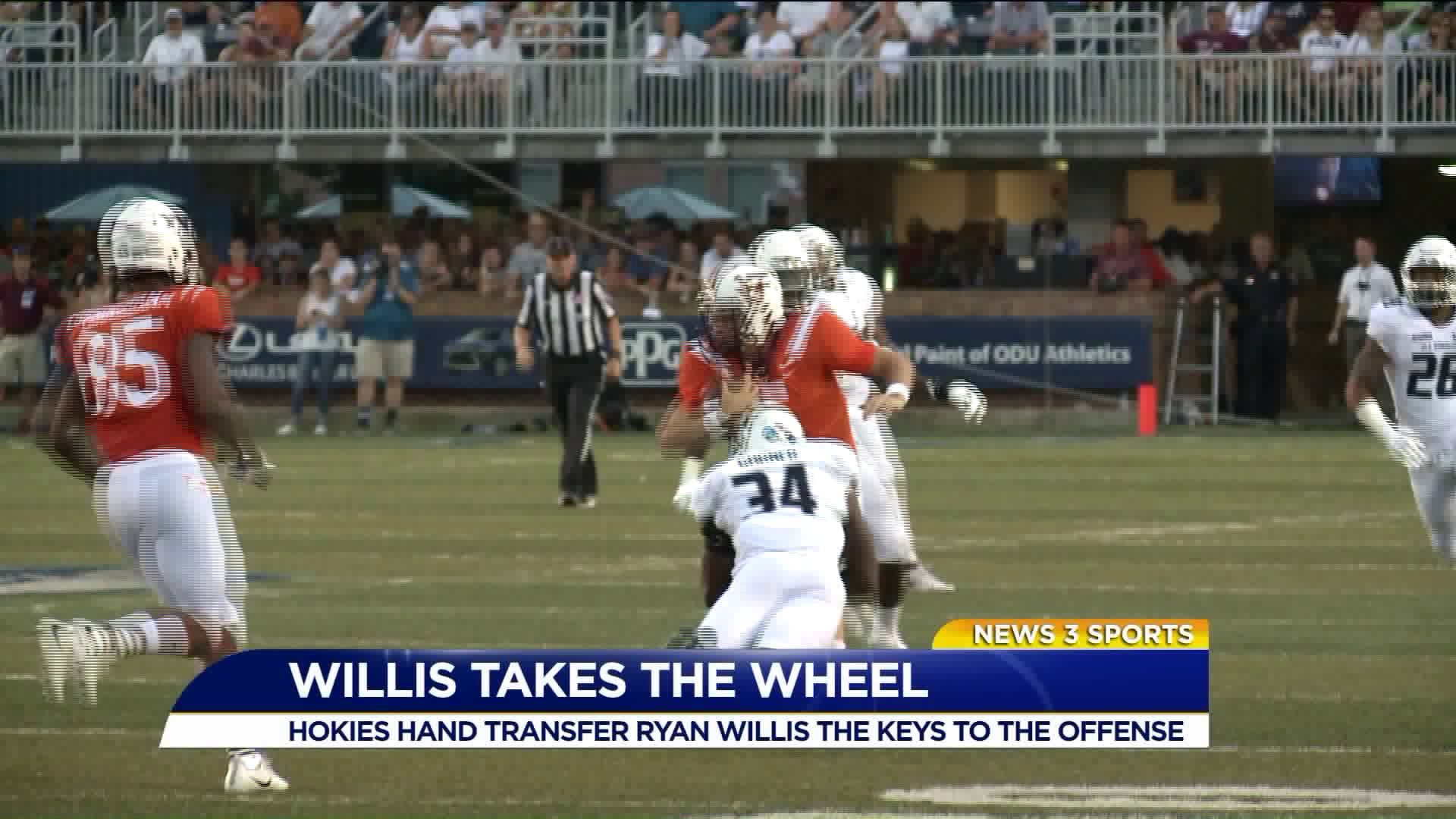 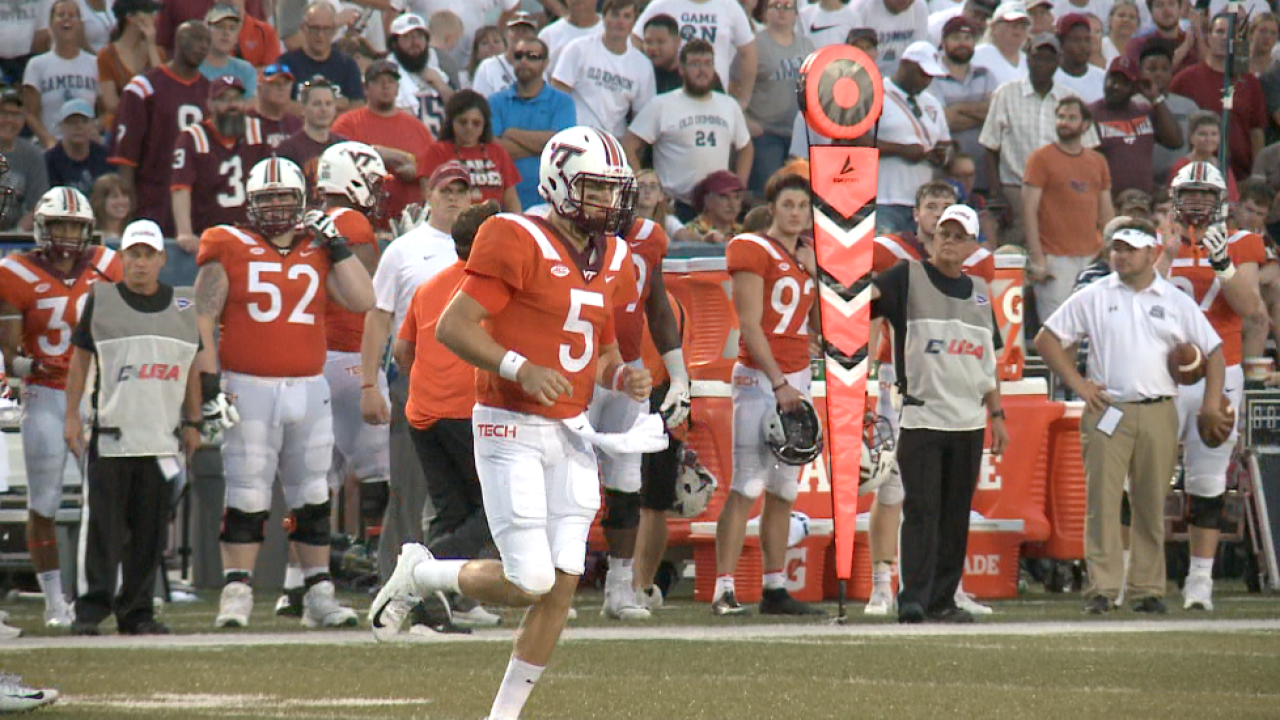 BLACKSBURG, Va. - It's been a week to forget for the Hokies.

Coming off of a historic upset loss to Old Dominion, Virginia Tech (2-and-1) is eager for Saturday to arrive so they can bounce back against the Blue Devils of Duke.

On top of losing the game, and falling out of the AP Top-25 poll, Tech also lost their starting quarterback Josh Jackson to a broken leg.

Willis, a Kansas transfer, threw for 131 yards and ran for 23 yards in relief of Jackson at Old Dominion. That effort included a 13-yard TD pass on fourth down to TE Chris Cunningham in the fourth quarter of that contest.

"He's made some plays in practice, so I'm ready to see what he can do when he steps up to the challenge," said running back Steven Peoples. When comparing the two quarterbacks, Peoples said "they have a similar style of play. They both can run, they both can throw, so I'm excited to see what happens."

The Overland Park, Kansas native transferred to Tech in 2017 and sat out last season due to NCAA rules after throwing for 2,530 yards and 12 touchdowns in two seasons for the Jayhawks (2015-16). A member of an athletic family, his father Steve played football at Kansas State, while his mother Lois competed in track and field at Iowa State. Both of his older sisters played college basketball, Lauren at Oklahoma and Abby at Saint Louis University.