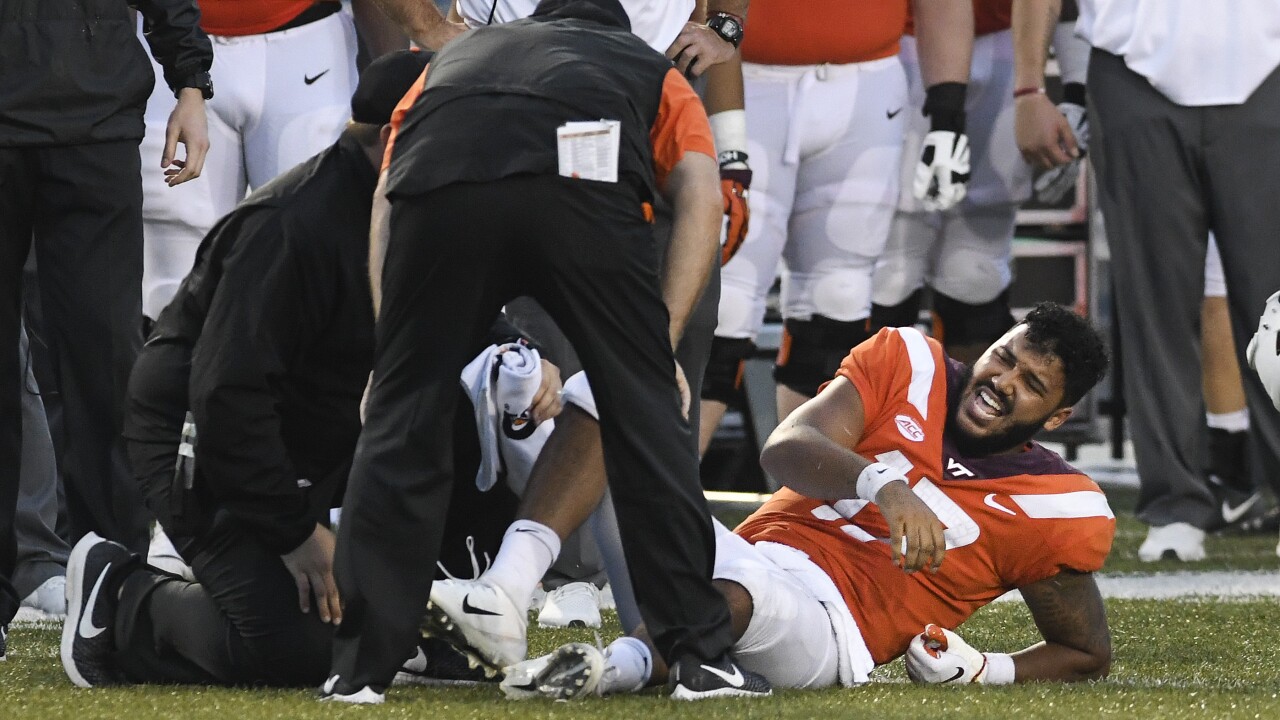 BLACKSBURG, Va. (HokieSports.com) – Head coach Justin Fuente confirmed that QB Josh Jackson suffered a fracture to his left fibula in Saturday’s game at Old Dominion. Jackson will undergo surgery on Tuesday, but Fuente said it was premature to determine whether the redshirt sophomore quarterback could return yet this season.

Fuente confirmed that redshirt junior QB Ryan Willis will get the nod to start at quarterback on Saturday at Duke. The former Kansas signal caller threw for 131 yards and ran for 23 yards in relief of Jackson at Old Dominion. That effort included a 13-yard TD pass on fourth down to TE Chris Cunningham in the fourth quarter of that contest.

“I feel badly for Josh,” Fuente said. “He’s a competitive, tough young man. He just kind of got landed on wrong on the play, but know he’ll come back better than ever. We turn to Ryan Willis and he performed pretty well last week when he went in there. He’s competitive and he’s been training and working for this opportunity and it’s up to everyone else to step up their game as well and help him out and support him.”

The Overland Park, Kansas native transferred to Tech in 2017 and sat out last season due to NCAA rules after throwing for 2,530 yards and 12 touchdowns in two seasons for the Jayhawks (2015-16). A member of an athletic family, his father Steve played football at Kansas State, while his mother Lois competed in track and field at Iowa State. Both of his older sisters played college basketball, Lauren at Oklahoma and Abby at Saint Louis University.