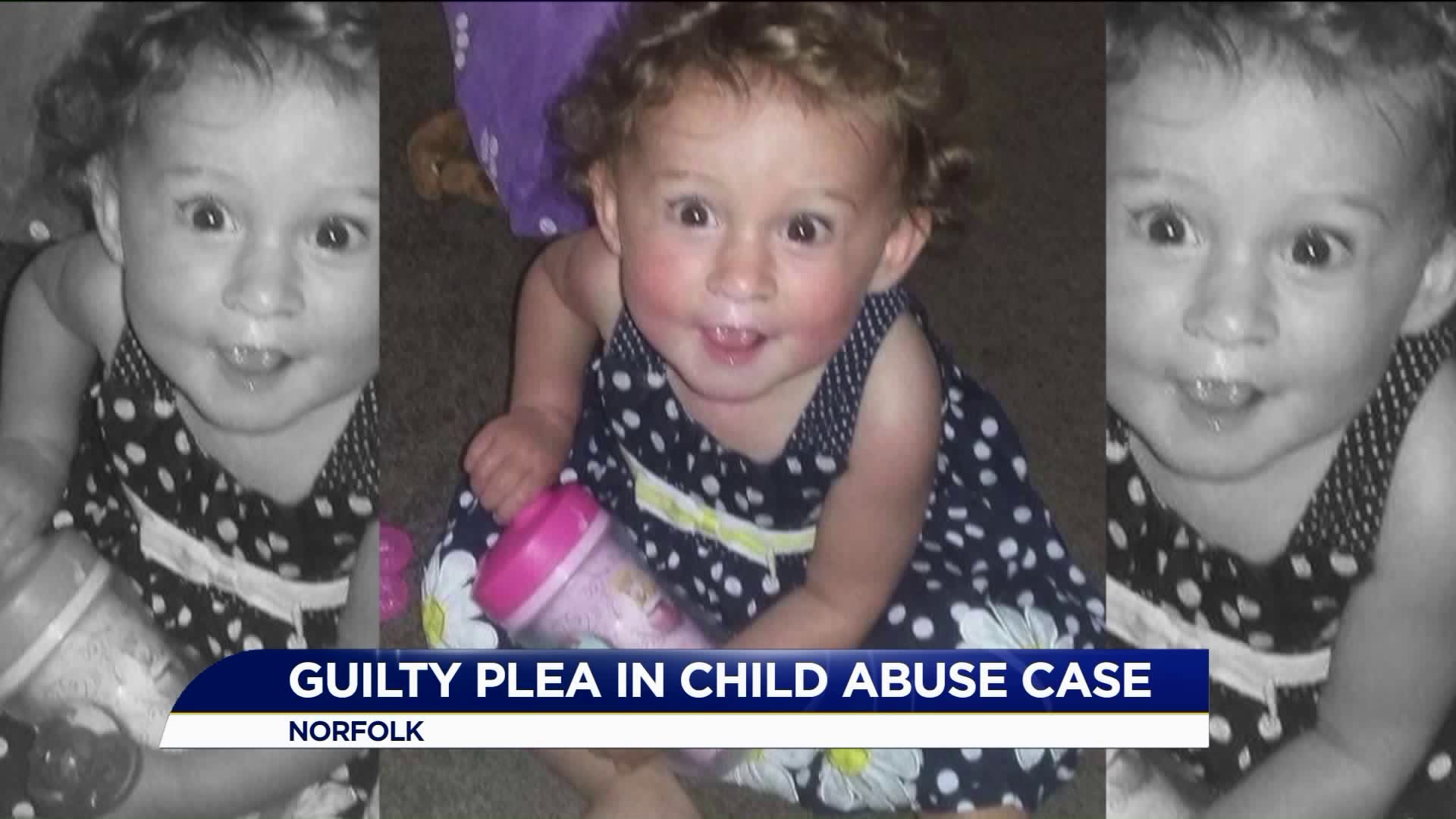 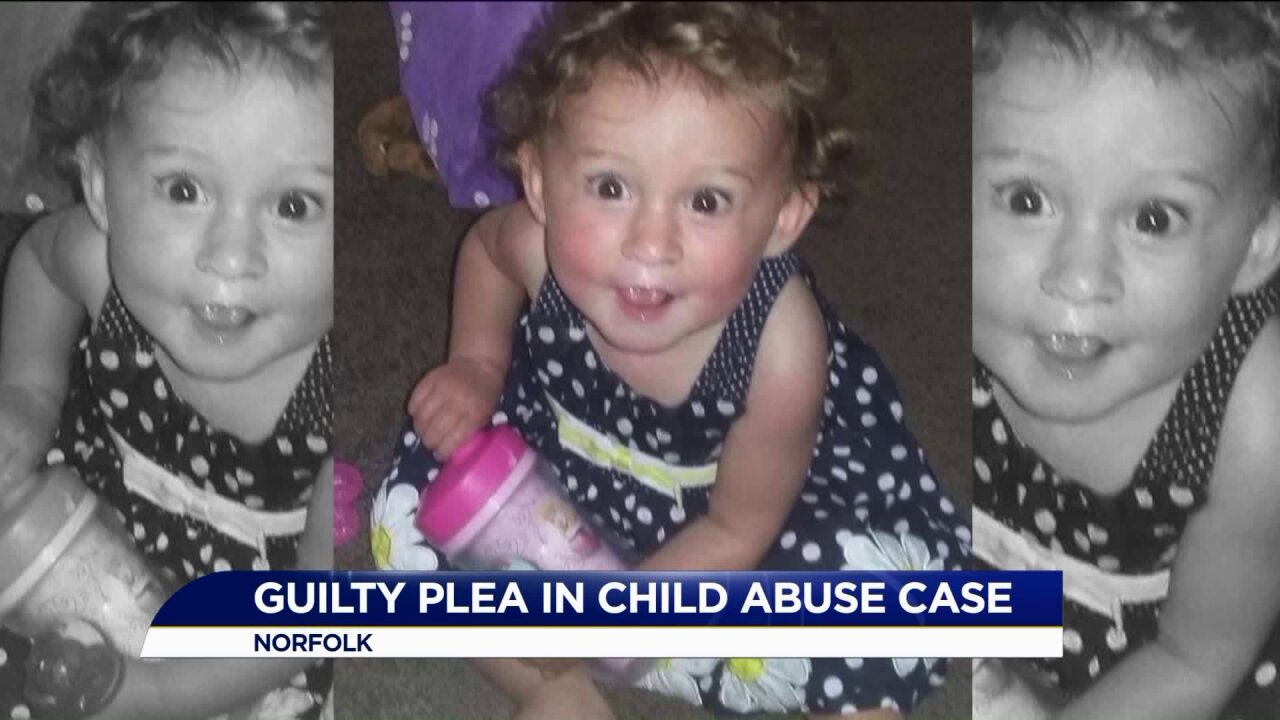 NORFOLK, Va. - The mother of a two-year-old girl who died in May 2017 pleaded guilty in a Norfolk court Wednesday morning.

Destiny Martin was arrested along with Robert Griffis after Martin's child, Evelynn Arnold, was found unresponsive in her Norfolk home. The child died a few days later.

Griffis was convicted of child abuse and malicious wounding charges earlier this month. He was sentenced to 35 years behind bars.

Martin was originally charged with child neglect; her trial was scheduled for Wednesday. Instead of going through with a trial, Martin pleaded guilty to a lesser charge of contributing to the delinquency of a minor.

Martin will not have to serve any jail time, but she must remain on good behavior for two years and complete a parenting class. If she does not, she could serve 12 months in jail.