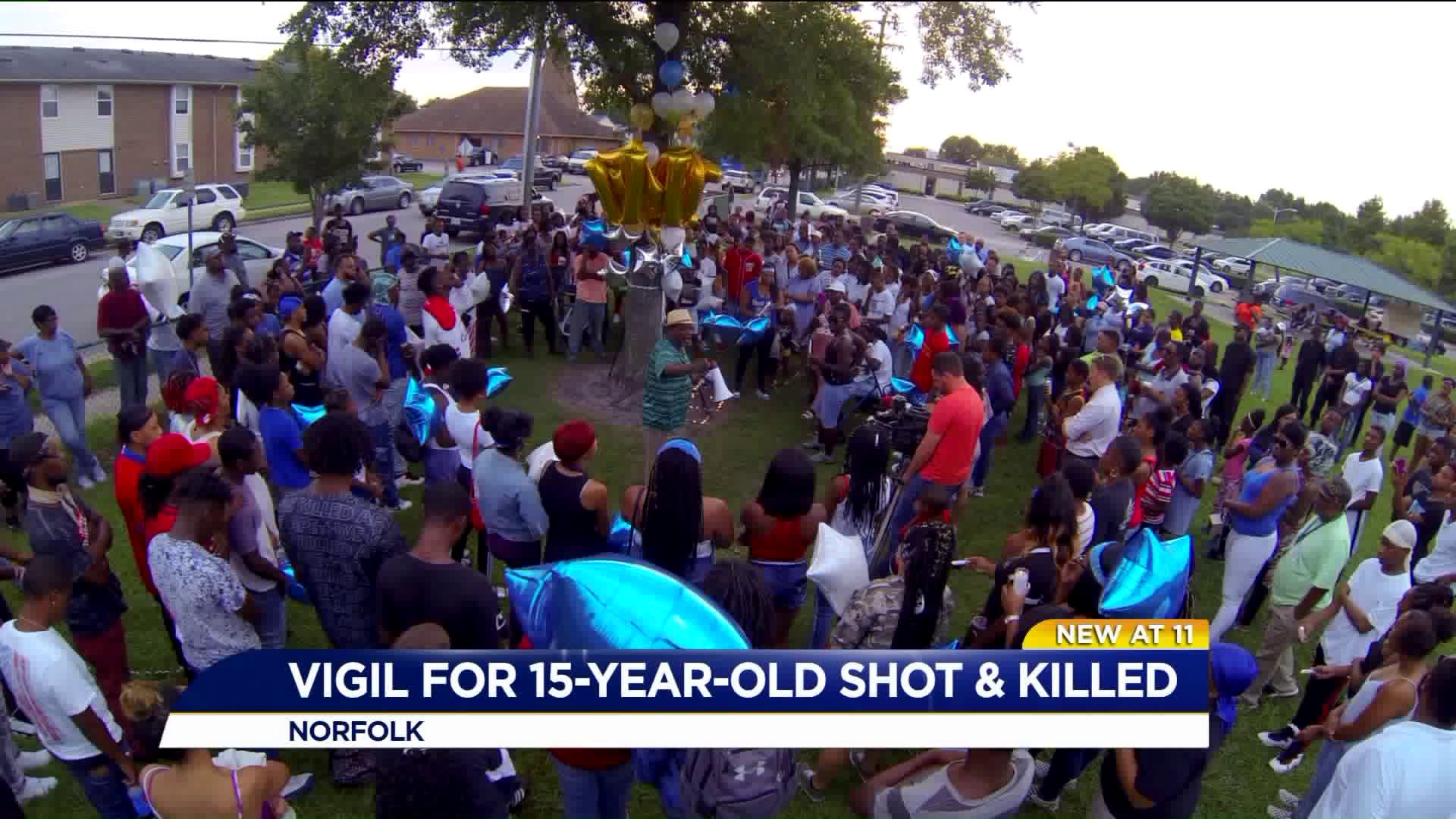 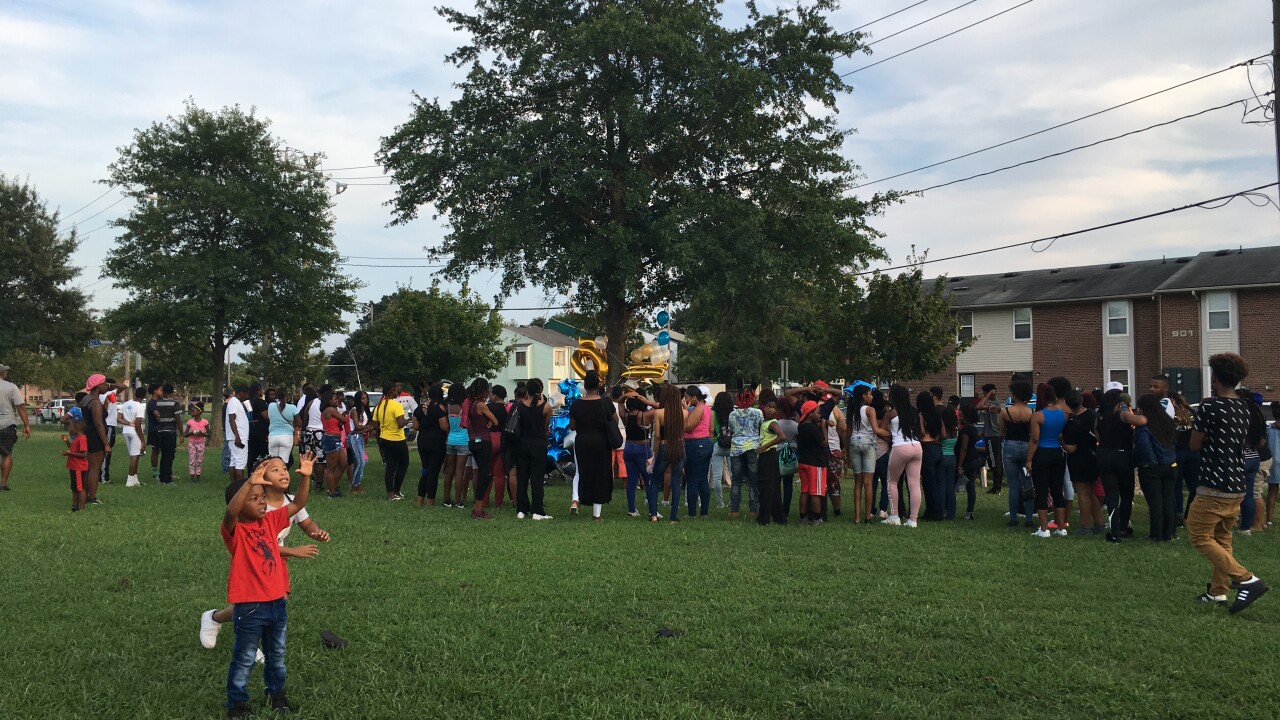 NORFOLK, Va. - In an open field at Huntersville Park, members of the community embrace one another, light candles and come together in prayer for 15-year-old Monti Hughes, who was shot and killed Monday.

"He was loved. He impacted the youth as well as the adults, as you can see from the turnout he had today. He was a big impact to the community," said Shaquel Cooper, Hughes' cousin.

About 100 people came together to remember Hughes. Balloons surrounded a tree spelling out his name, while the reflection of candles could be seen on the glass frame holding his photograph. Police said they found Hughes with multiple gunshot wounds on Herbert Collins Way Monday night. He was taken to the hospital, where he died.

"He going to get through it. He was lovable; he had a beautiful smile that light up the room. I'm going to miss my cousin," said Cooper.

Hughes was a teen who loved to smile, laugh and pose for the camera.

Hughes' family told News 3 Hughes asked his mom Sunday night if he could come home from his dad's to see friends. The next night, he was killed.

"All I can ask is that the public prays for our family right now. Lift his mother up and keep her in prayer. Her baby asked her to come home to be with his friends, and this is what happened," said Thelma Mitchell-Smiley who is Hughes' cousin.

Police arrested 20-year-old Naquan Alexander Tuesday. He's been charged with second-degree murder and use of a firearm. Almost two weeks before a double shooting in the same neighborhood, a 14-year-old was arrested for those shootings.

"It's time to put the guns down. It's really time. We're losing too many kids to senseless acts of violence. We're trying to raise the kids up, not bury them," said Cooper.

At the vigil, a group called Stop the Violence asked the community to take action and help put an end to youth gun violence. It's a message Hughes' family appreciates during this hard time.

"It was touching to see all these people come out to show the love they had for Monti. I'm glad we got a chance to impact the youth. Justice will be served," said Cooper.