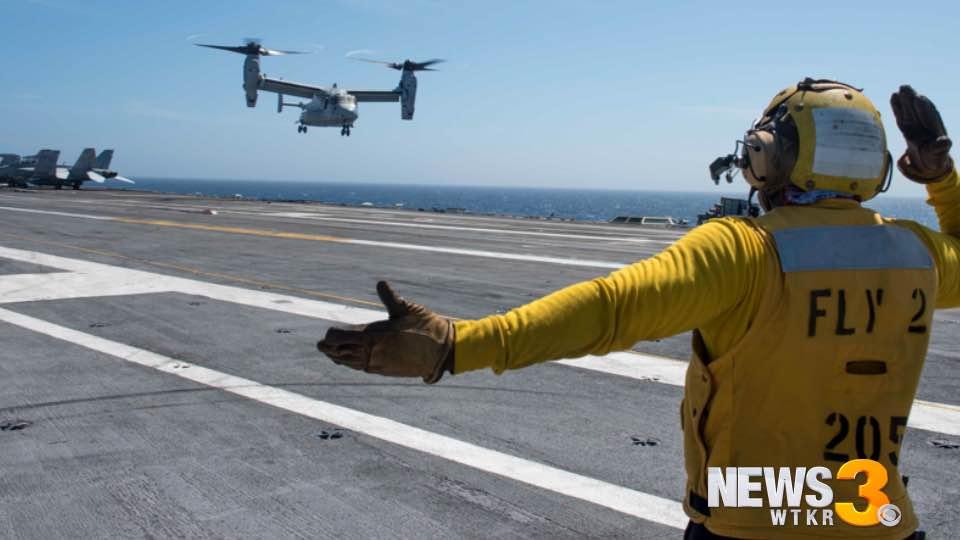 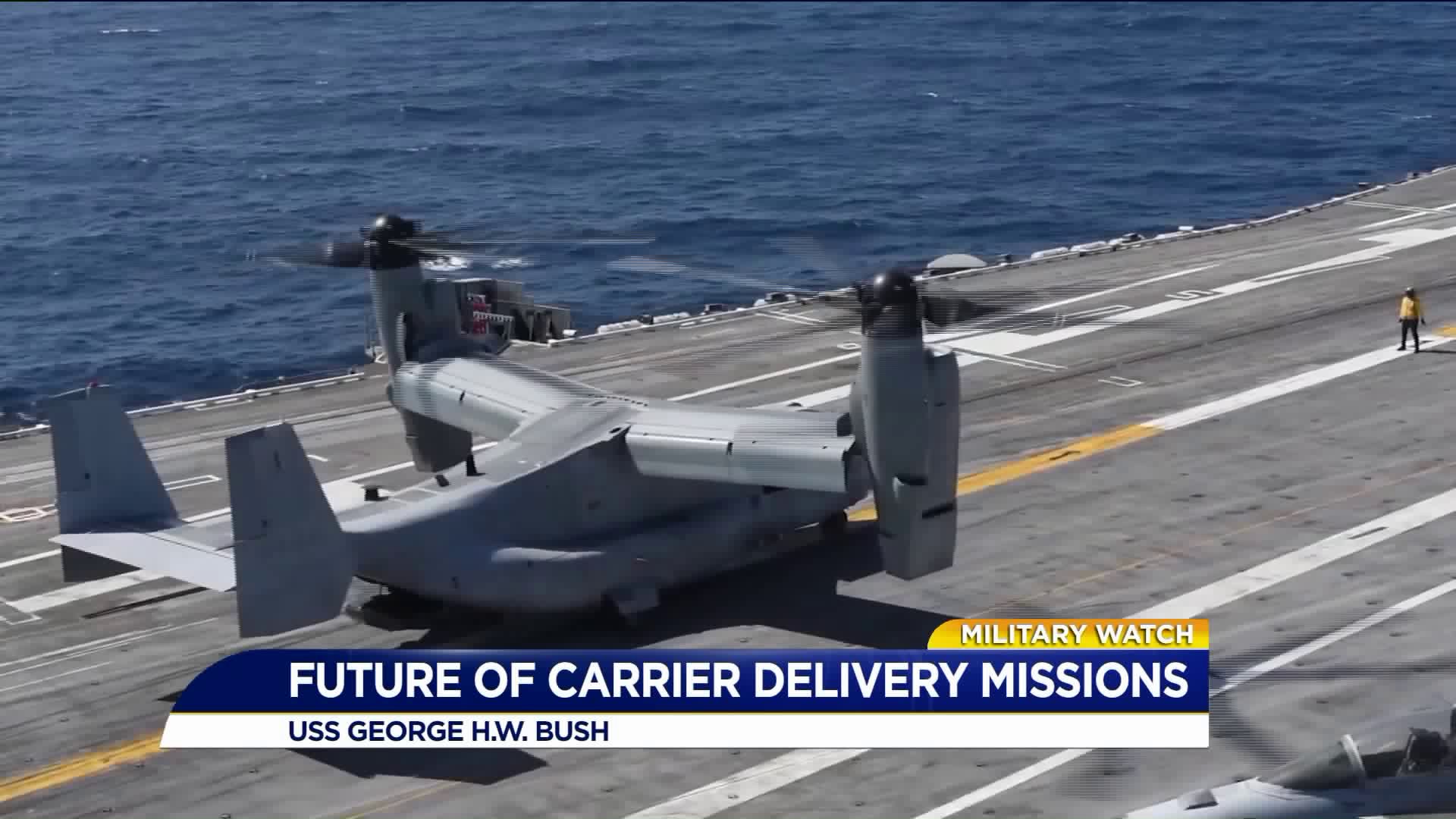 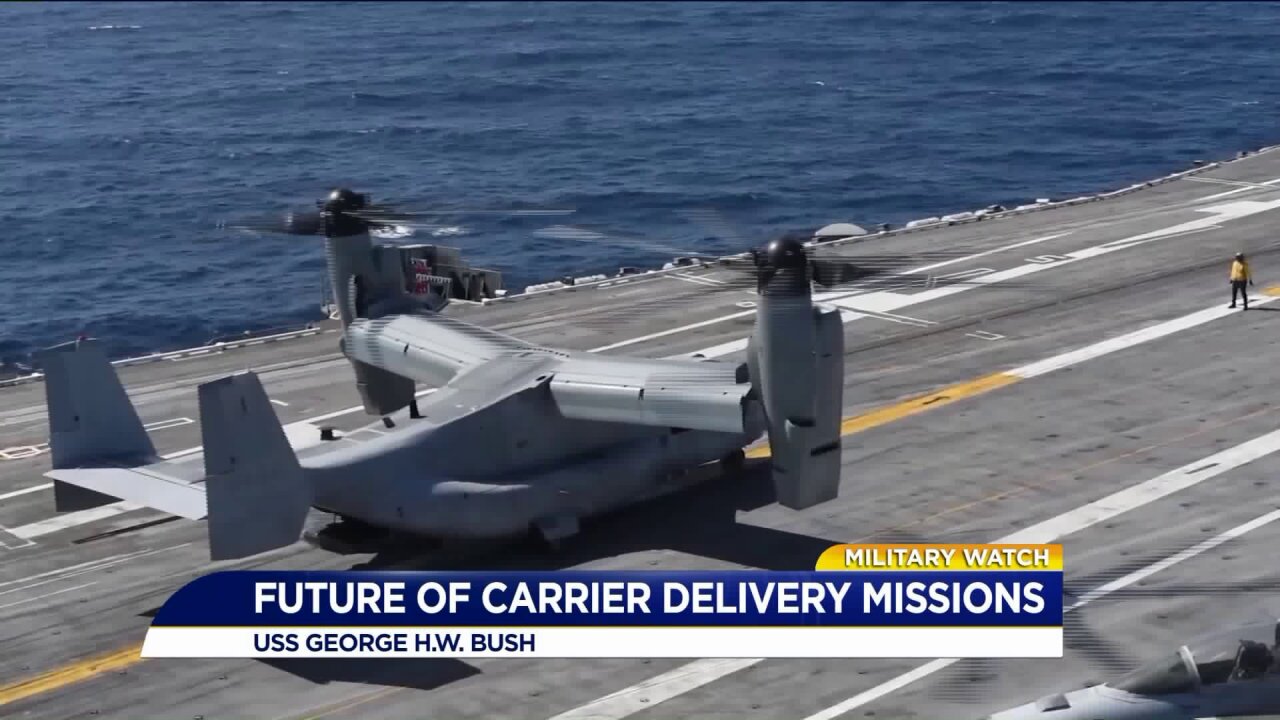 NORFOLK, Va. - The Navy is testing the way it will deliver goods, mail, and people to aircraft carriers at sea in the future with the Norfolk-based USS George H.W. Bush.

The Navy plans to replace the aging C-2A Greyhound aircraft with the CMV-22B Osprey at Naval Station Norfolk.

The Navy says it has reached the end of its service life, and must be replaced.

This month, Osprey pilots tested rolling landing and takeoffs in excess of 57,000 pounds on the flight deck of the Bush.

Currently the C-2A is limited to hauling 49,000 pounds at landing.

The testing on the Bush also included integrating the Osprey into flight deck operations, as well as heavy gross weight rolling landings and takeoffs.

“I started off flying Greyhound carrier onboard delivery (COD) aircraft and I love the platform,” said LCDR Steven Tschanz, a test pilot assigned to Air Test and Evaluation Squadron (HX) 21, in a Navy release. “With that said, nothing lasts forever and the Navy came up with a solution to move us into the future with the CMV-22 Osprey.”

Unlike the current Greyhound aircraft, the Osprey combines both fixed-wing aircraft speed in flight along with vertical helicopter-like lift capabilities. That means the Osprey requires a much shorter runway than a Greyhound.

The CMV-22 Osprey is expected to achieve Initial Operational Capability by 2021.