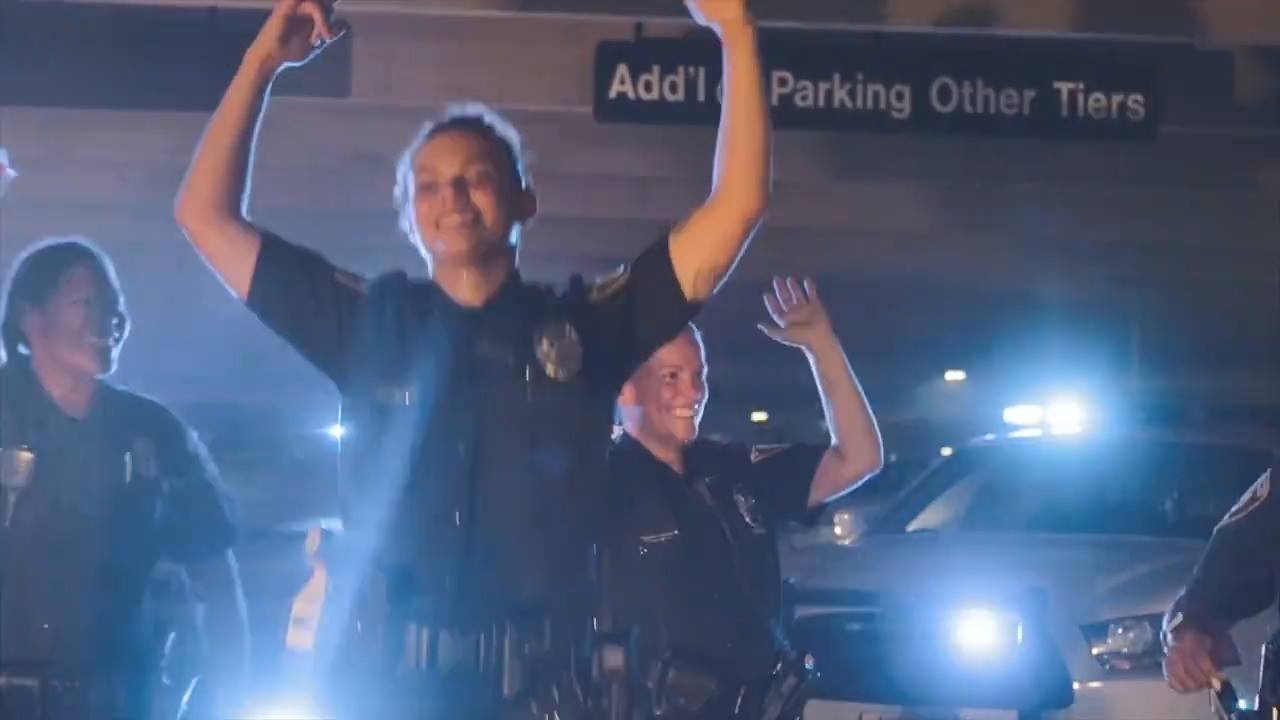 CHESAPEAKE, Va. – Officers with the Chesapeake Police Department have some smooth moves!

The video starts off as a parody of the long-running legal crime drama “Law & Order” before the officers let the dogs out – literally. They burst into the Baha Men’s 2000 hit “Who Let the Dogs Out” as the fire department’s mascot Sparky, McGruff the Crime Dog and one of the department’s own K9s join in.

Officers then do their take on the viral “In My Feelings” challenge in front of one of their cop cars – but not jumping out of it, thankfully – while inside a parking garage. A couple of kids join them as they show off their smooth moves, including the Dougie and the shoot dance.

Other songs they dance to include Justin Timberlake’s “Can’t Stop the Feeling,” Nicki Minaj’s “Starships” and LMFAO’s “Party Rock Anthem.”

Law enforcement agencies across the country have joined in on the viral lip sync challenge, with the Norfolk Police Department proving to be the most successful. Not only is it fun, they say it’s helped strengthen police-community relations.