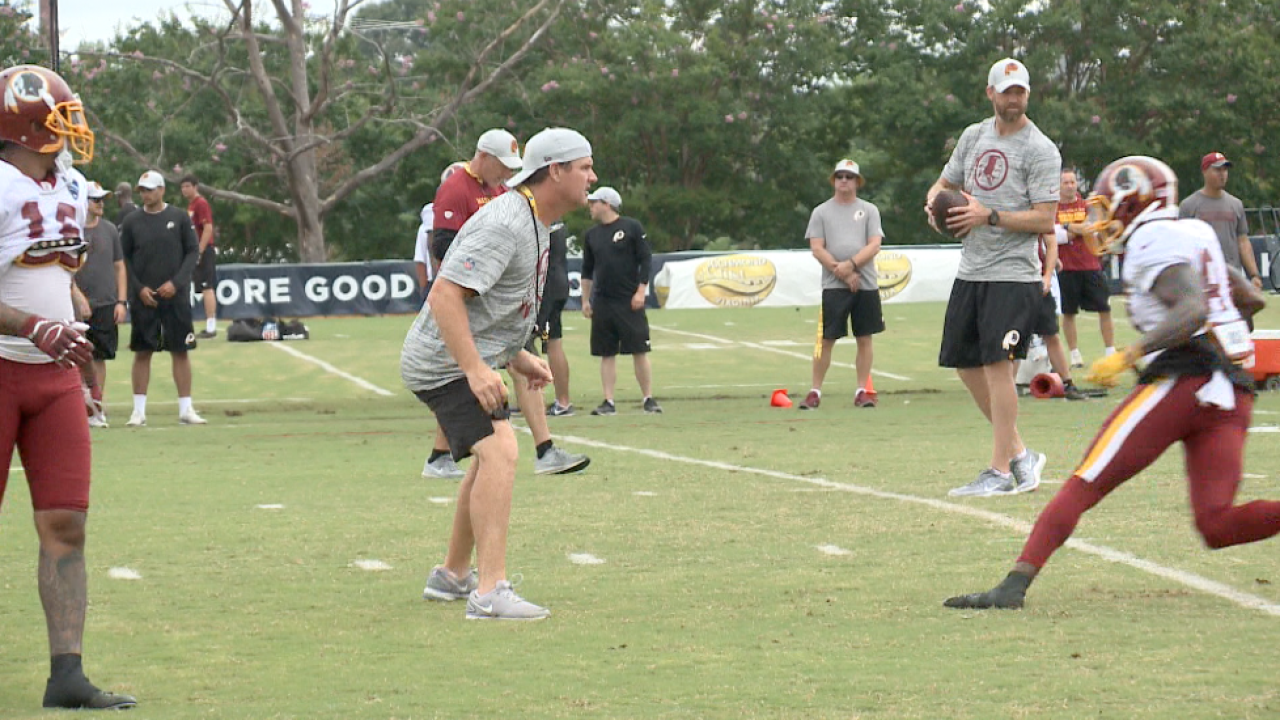 The fields the Redskins use to practice twice-a-day on have been decimated by water from rain showers throughout the duration of camp.

With rain forecasted for the rest of the week, practices might be impacted, and he’s no meteorologist, but head coach Jay Gruden is keeping his eye on the sky.

“You know, I have to try to gauge how much rain there’s going to be because I don’t know how much we’re going to get through when you have to walkthrough when it’s pouring down rain,” Gruden said.

DeAngelo Hall made an appearance at camp today, but it was just to hang out and watch the guys. After News 3’s Mitch Brown went up to chat with him, Redskins PR said they would make Hall available at the podium.

It was there that he would announce he is officially retiring from the NFL after 14 seasons. After his announcement, News 3’s Adam Winkler was the first to sit-down with the Chesapeake native for an interview.

So…in his first sitdown interview since hanging up his helmet after 14 #NFL seasons – we start our chat with that very question.