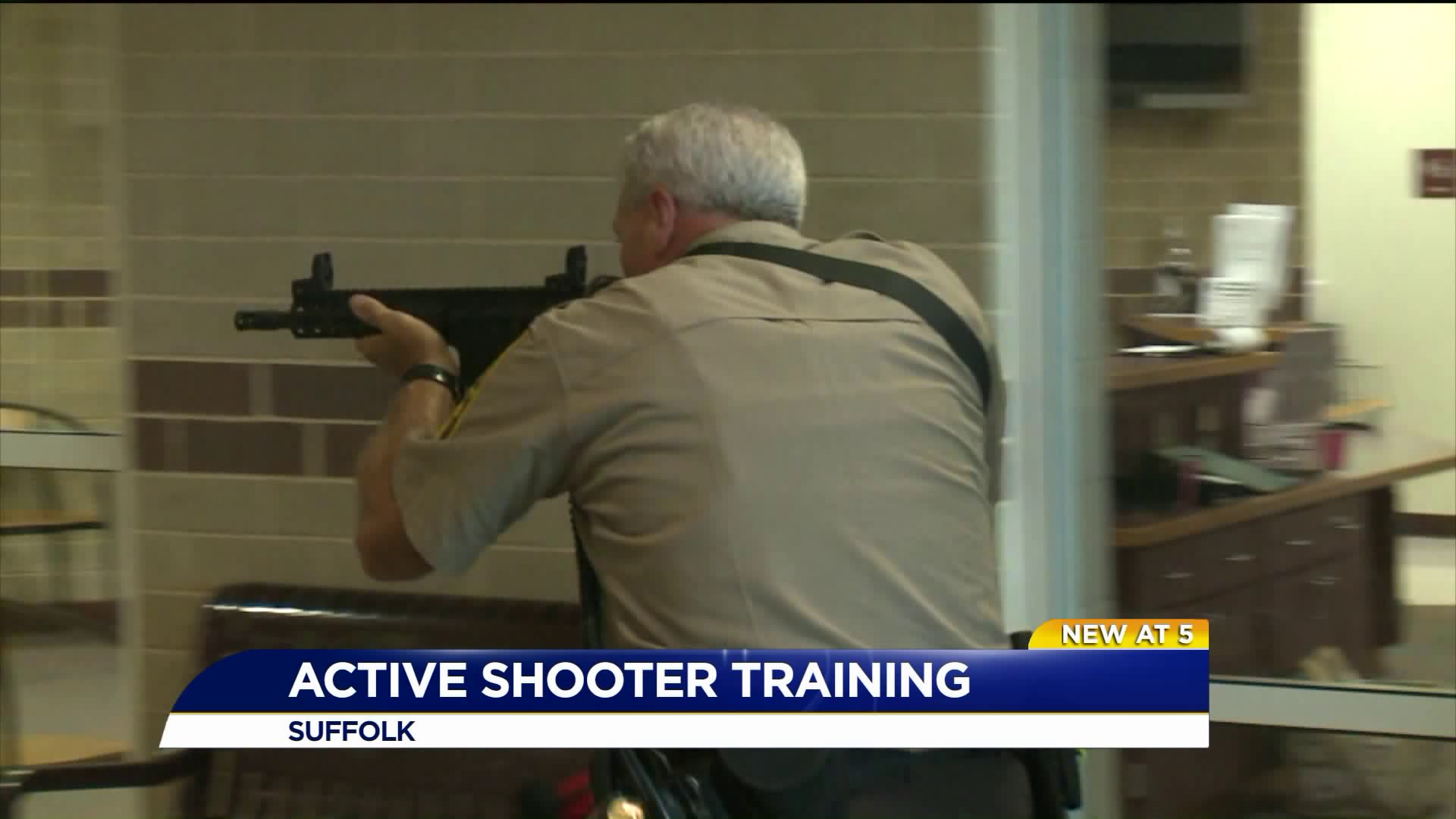 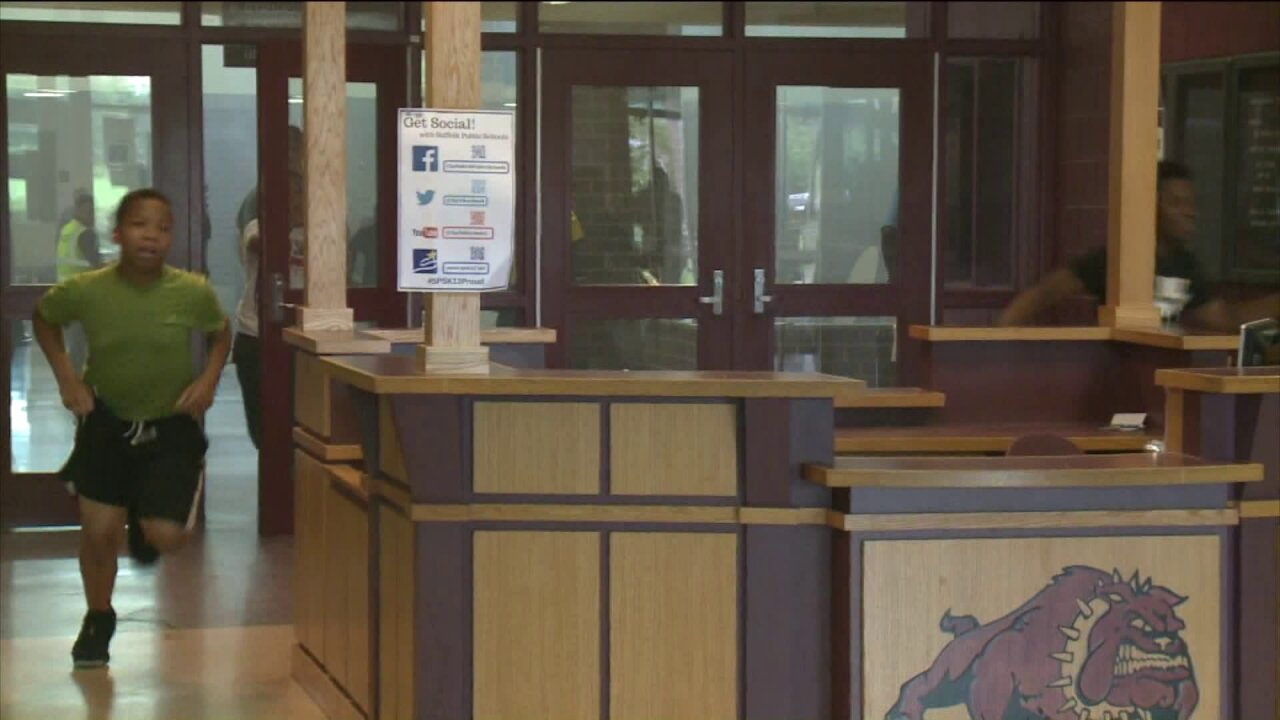 SUFFOLK, Va. - Police officers moved through the lobby of King's Fork High School with their guns drawn on Thursday as students ran for the exits.

A gunshot echoed in the cafeteria.

Luckily, this was all a drill.

Police said they held their biggest active shooter drill at a school due to concerns following several school shootings happening around the country.

"For us as a police department, obviously this is happening more and more throughout the country," said Major James Buie. "We train for it in the classroom. We train for it with this live exercise."

Officers, EMS and Sheriff's Deputies handled a real-life scenario: shots are fired in the school, there are multiple victims and a description of a suspect is given. "When the officers get here, they don’t know what the scenario is. Once they arrive on scene, they react to whatever is happening inside the building," said Buie.

The approach has changed over the years. In the past, officers waited for a tactical team to contain the threat before moving inside the building. Now, officers are expected to go in as soon as they get there.

"It could be an off-duty officer going home. You just never know," said Capt. John McCarley. "That's why we're trying to put everybody through the scenario."

Earlier this month, a panel made recommendations on how to improve school safety in Virginia Beach.