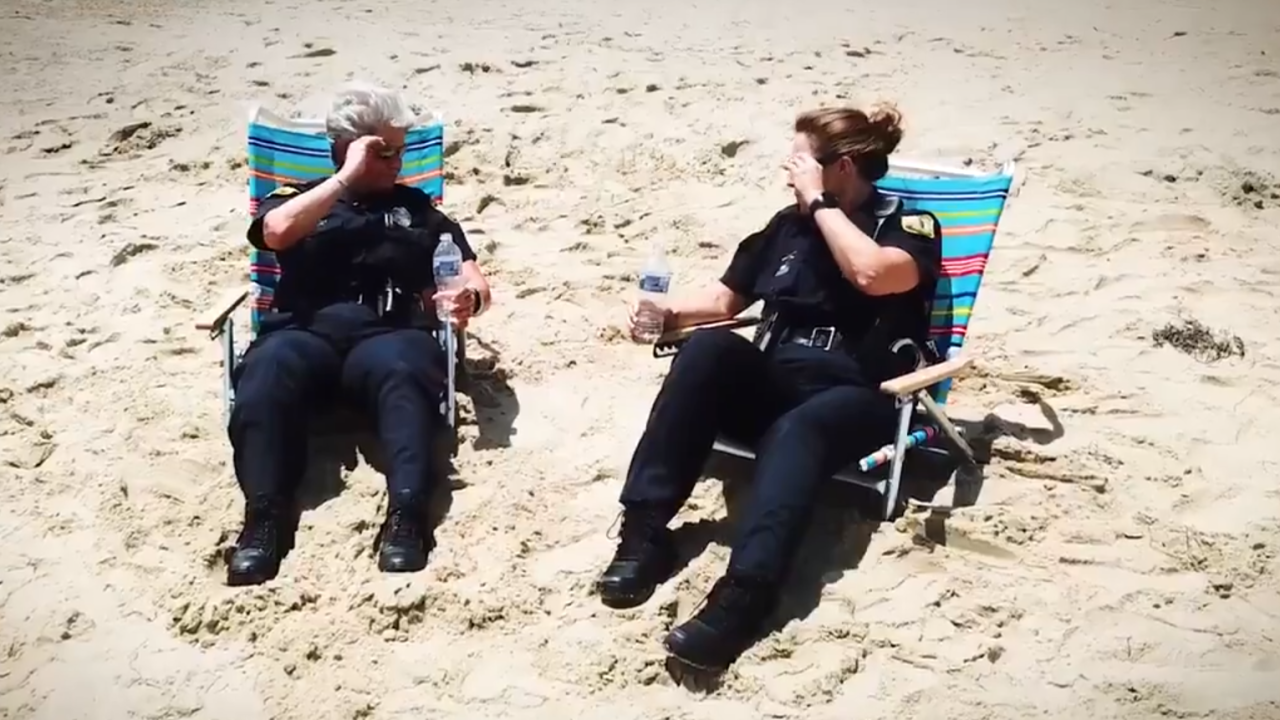 The departments that were called upon to throw their hats into the lip sync battle ring have officially accepted the Norfolk Police Department’s challenge.

In a video posted to VBPD’s official Twitter account Friday, two officers are seen lounging on the beach while they discuss NPD’s massively viral video.

“Did you hear about that little video that Norfolk PD posted?” one asked.

“Yeah. You mean that lip sync thing that everybody’s talking about?” the other officer responded.

After acknowledging that Norfolk Police challenged them, the two officers look at each other before turning to the camera, telling viewers – and their Norfolk colleagues – challenge accepted!

The Seattle Police Department, who was directly challenged by NPD, and the Hampton Police Division, who responded to requests from the community, said they’re currently putting something together:

OK, @NorfolkPD. It's on. We don't want to make an unruly mess of this video, so we will take some time to put it together.

We see everybody challenging us. 👀 We’re about to drop the most 🔥 lip sync challenge of the summer.

Though it hasn’t been confirmed exactly what song Seattle Police have chosen, clues from their tweet point to a possible selection from Seattle rapper Macklemore, whose sophomore album with producer Ryan Lewis is titled “This Unruly Mess I’ve Made.”

As for Hampton Police, they posted their own video Friday night to Marky Mark and the Funky Bunch’s 1991 hit “Good Vibrations.” According to their Facebook page, “This is the closest we will ever get to droppin a mixtape, so please check it out.”

The lip sync challenge is the hottest trend sweeping police departments across the country, and it looks like everyone wants to join in on the fun.

Seeing that NPD’s video, in which they lip sync to “Uptown Funk,” has almost 50 million views, they have some big shoes to fill!