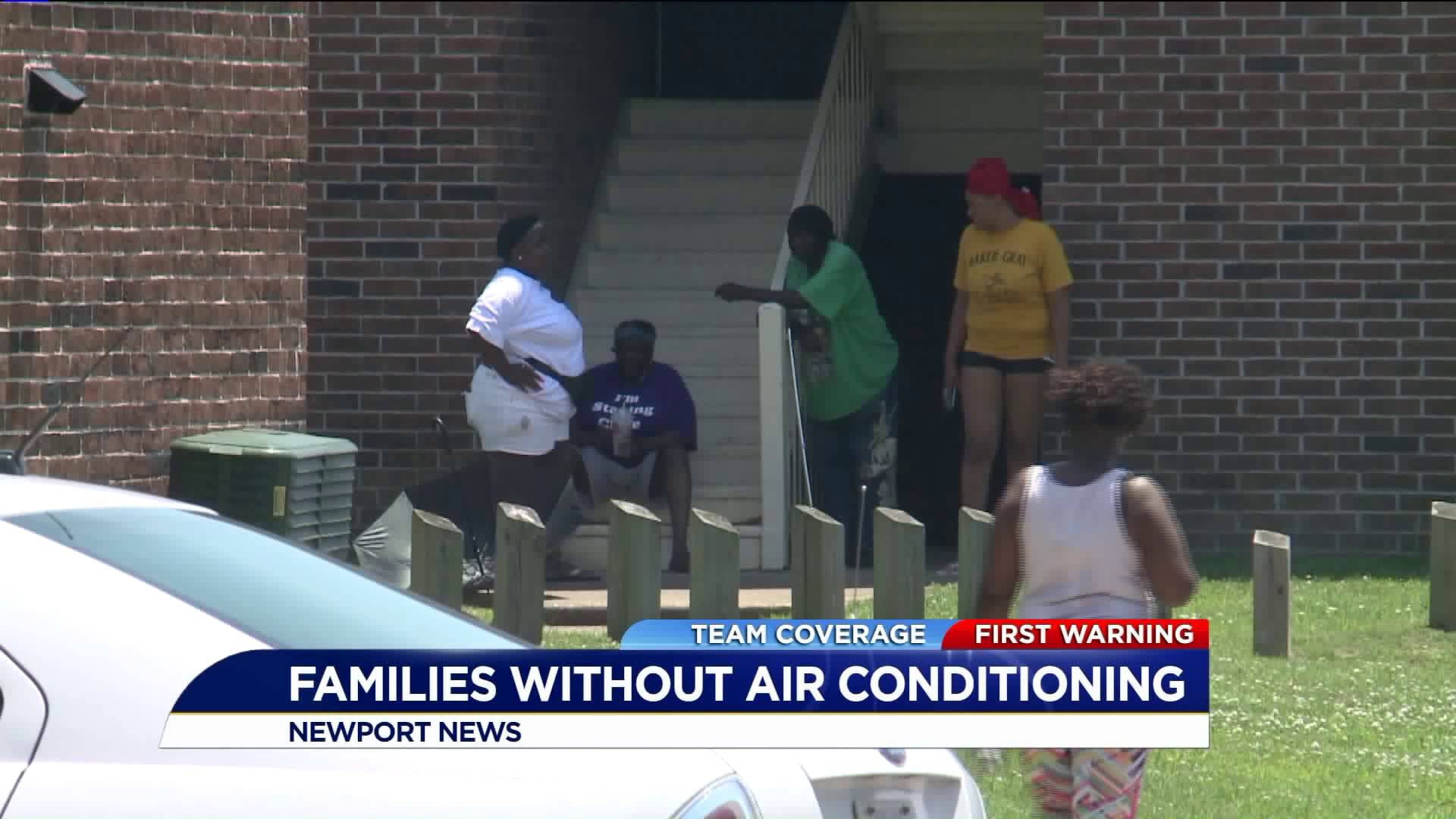 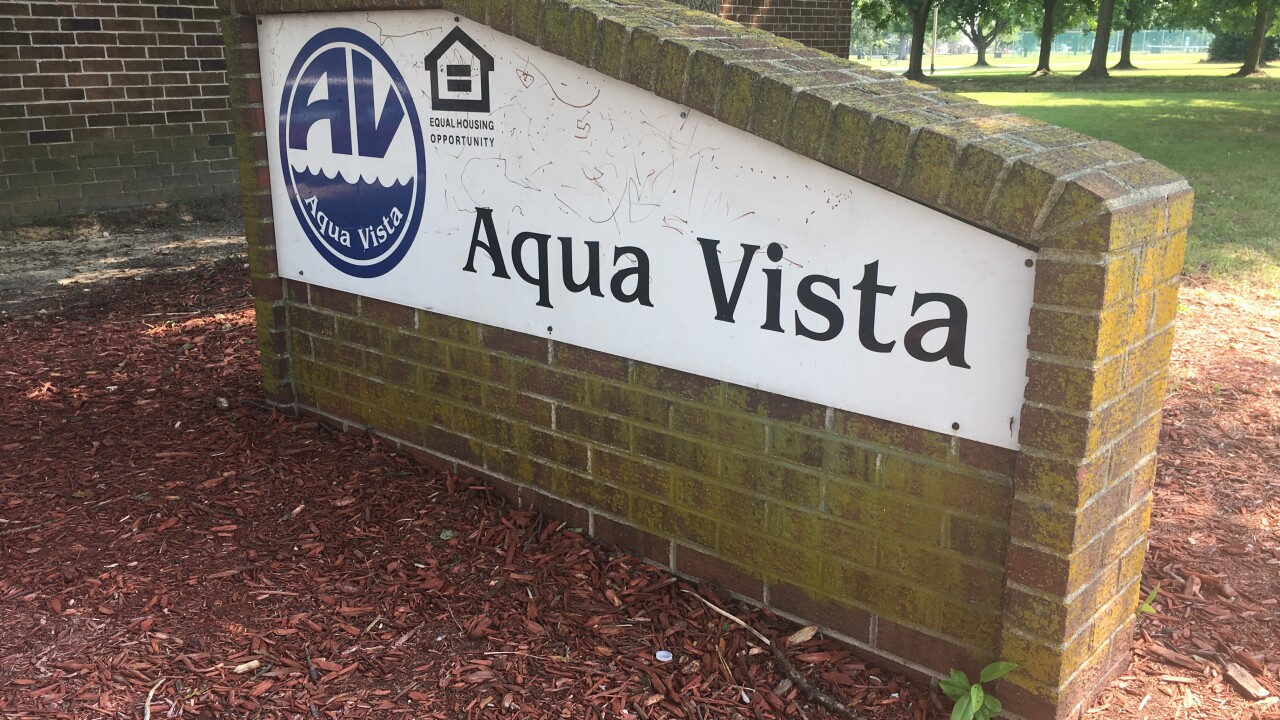 NEWPORT NEWS, Va. - On a near-100 degree day, kids at Aqua Vista Apartments spray each other with water bottles to stay cool. But parents who live here and pay their rent say no air conditioning in extreme weather like this is unacceptable.

"At least 130-something units are out here without air and they're giving us fans the size of little babies. It's not right," said Joy Johnson, resident.

The Newport News Codes Compliance say they have cited Aqua Vista Apartments. They also say management is aware of the problem and is working to provide temporary arrangements for the people who are without AC.

Right now residents of Aqua Vista are out in front of management office outraged that they do not have working air conditioning in their units. @CityofNN code enforcement is here and is about to explain what's going on. pic.twitter.com/amsIIGbU4b

One resident says this is the only fan she has in her unit. @CityofNN says they have cited Aqua Vista apartments. City says managers are aware of the problem and AC units should be fixed in a couple of weeks. pic.twitter.com/pKdzToBg5b

"We came out here in response of those complaints. We've gone around and made inspections. Talking with on-site management, we have determined that there are 26 or 27 units where there are problems with the AC units not cooling the way it's supposed to," says Harold Roach, Director of Newport News Codes Compliance.

But residents have a problem with how management is reacting.

"I tried to talk to that man one-on-one. He went in that rental office and slammed the door in my face," says Regina Daughtrey.

"They're not sitting in the hot heat with us. They're sitting in AC units while we're burning up in the inside of our houses," says Johnson.

Gabrielle Carson, another resident at Aqua Vista, says she can no longer take the living conditions in the extreme heat because her son is suffering from severe asthma.

"Every week he's going to CHKD. They are writing letters to this office every week. My son's oxygen level could not come up last week and he had to stay there for four days. He had to come back home to the same stuff," says Carson.

The city says their public libraries, rec centers and other city facilities are open for anyone who needs relief from the heat.

The city also says management tells them working AC units should be on in a couple of weeks. As for the residents, they're saying new management would really fix the entire problem.