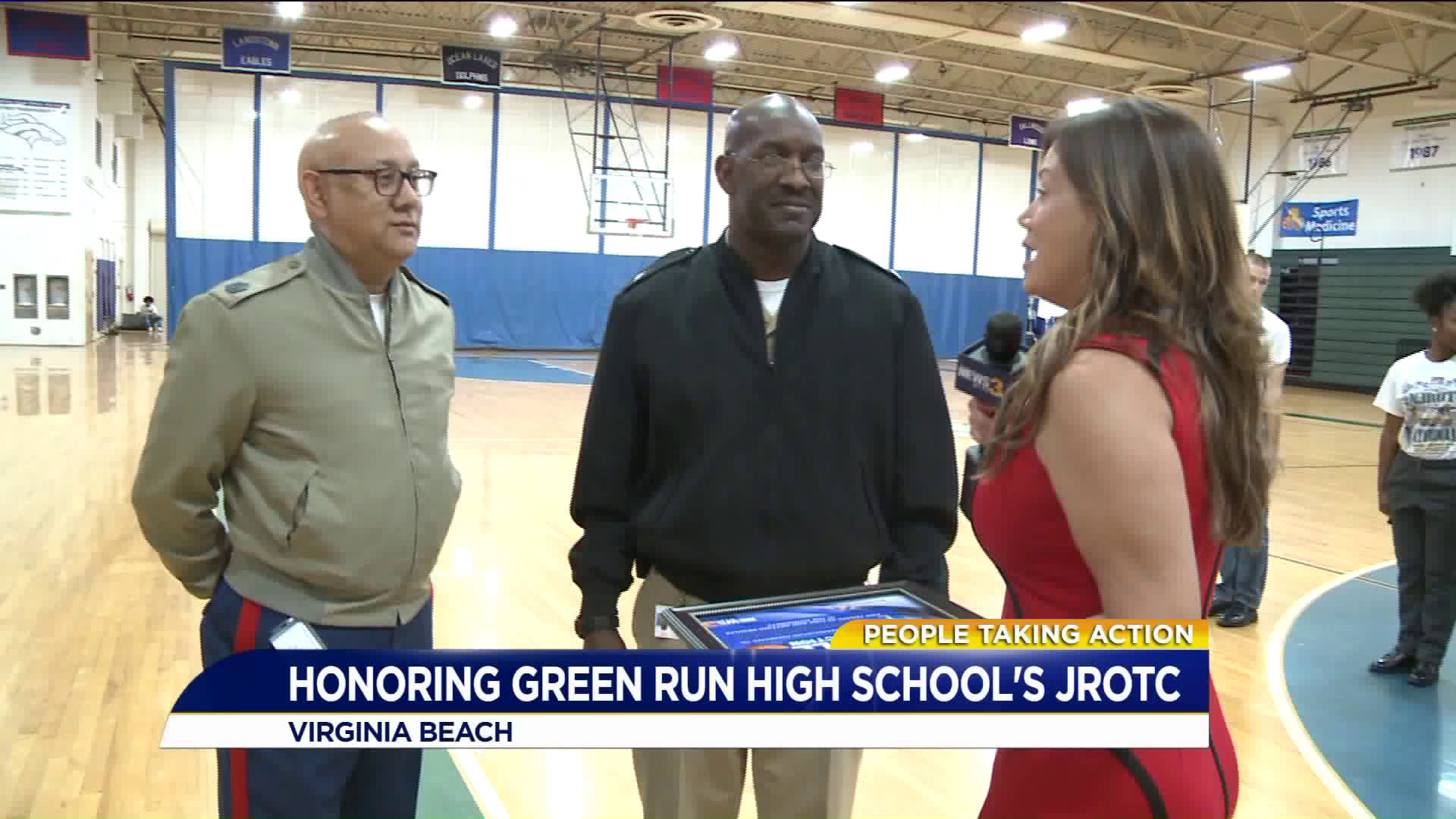 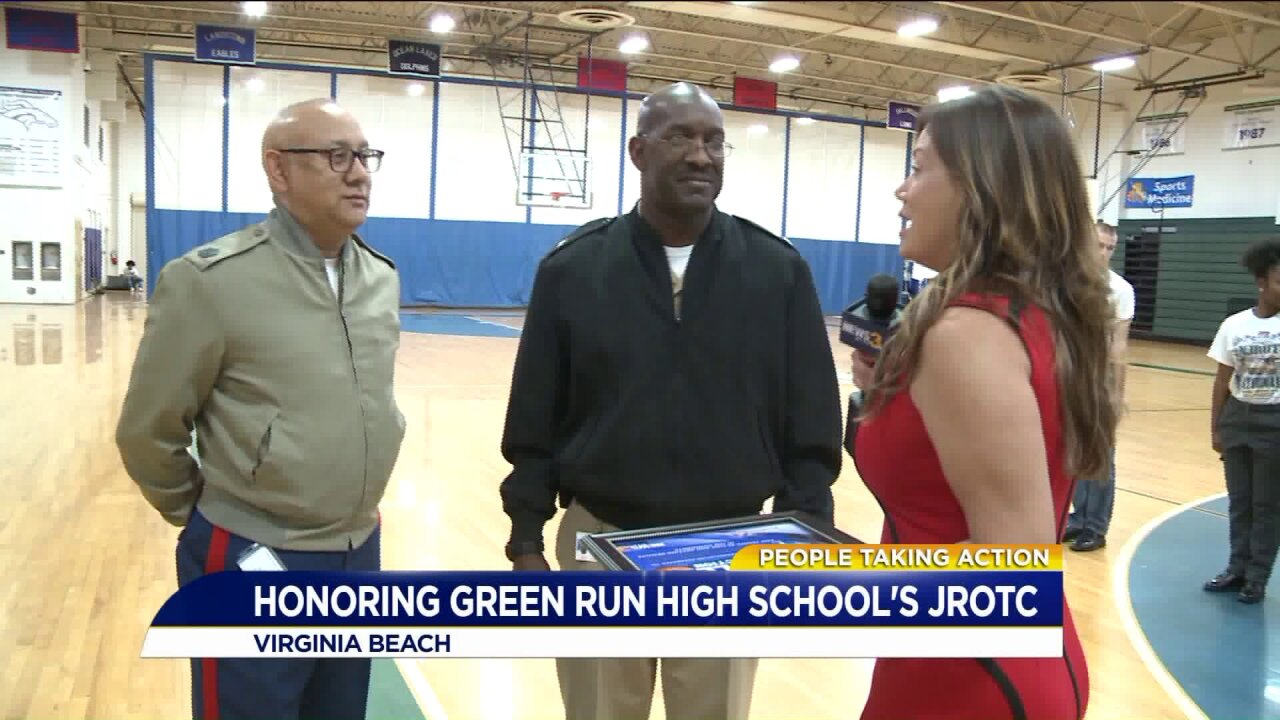 VIRGINIA BEACH, Va. -  The Green Run Navy Junior Reserve Officers' Training Corps are the best in the country, and they have the trophies to prove it.

They have been crowned national champions two years in a row.  Earlier this month, this impressive team of high school students proved they were the best in the country in athletics, training and academics during the NJROTC championship in Pensacola, Florida.

They typically train six days a week before and after school. The cadets credit their leaders - Commander Curtis Brown and First Sgt. Felix Robles, both retired active duty - for their success.

“The drive us to do our best, whether it be disciplinary or academically like honor roll; some of us are the best in the school. They want excellence from all of us,” says cadet Gerard Tnorio.

"There are late nights and early mornings, and they’re here with us every single time They definitely push us to our limits," she says.

“Each and every one of those cadets in the platoon are like my brother and sister, and I can count on any one of them to help me in whatever situation I’m in, including the instructors," says cadet Sierra Burnett.

After News 3 presented Cmdr. Brown and First Sgt. Robles with a People Taking Action award for training these national champion cadets, the gym at Green Run exploded with applause!

“It is a lot of long hours, but just seeing them be able to put in the work and accomplish something that’s big - bigger than themselves. That makes it all worthwhile," says Cmdr. Brown.

“It’s a family affair here with these kids, they’re like our family," he said.

First Sgt. Robles can't think of a better way to spend his post-active duty years than tutoring young cadets and preparing them for the road ahead.

“To teach these teenagers the values of citizenship, leadership, we come in and see the results at the end and its rewarding," he said.

And our community partner Southern Bank rewarded them with a $300 gift card to go along with their awards and accolades.