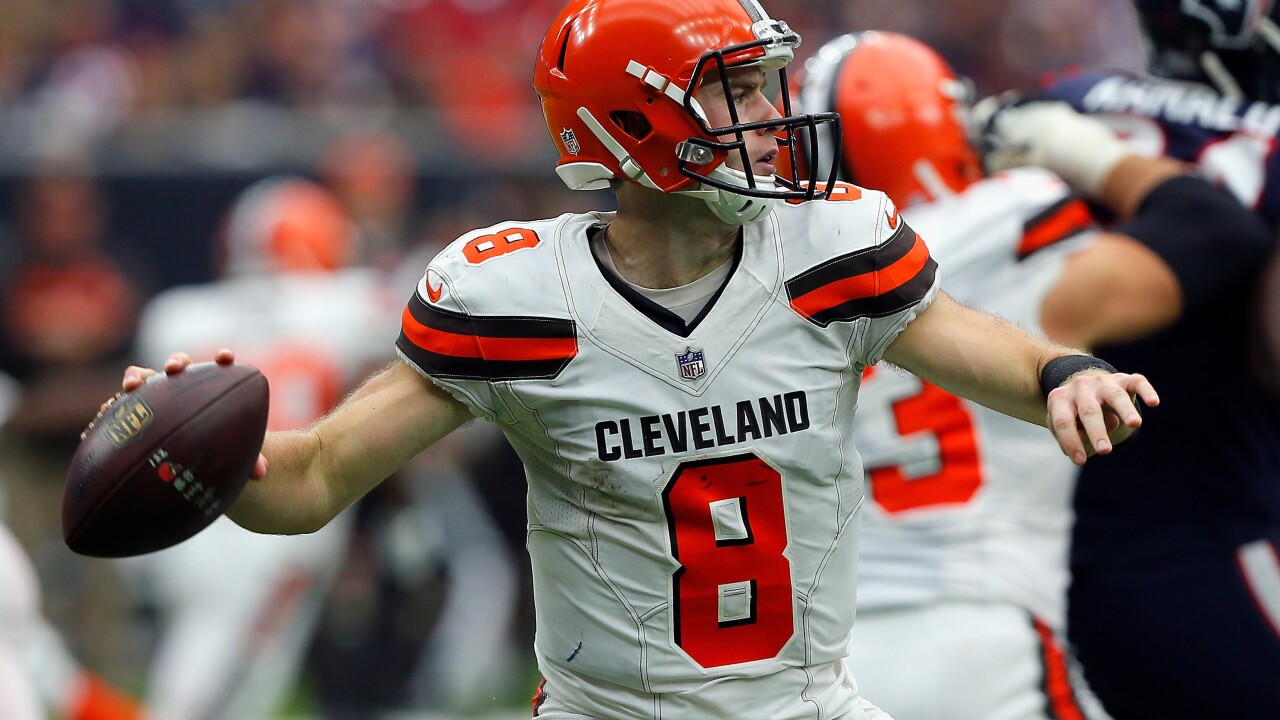 LOUDON COUNTY, Va. – In a move to shore up the quarterback room, the Washington Redskins acquired  veteran Kevin Hogan from the Cleveland Browns, the team announced on Friday. In addition to acquiring Hogan, the Redskins also received a sixth-round pick (No. 205 overall) from the Browns in exchange for the ‘Skins sixth-round pick (No. 188 overall).

Hogan (6-3, 218) was originally selected by the Kansas City Chiefs in the fifth round (No. 162 overall) of the 2016 NFL Draft. After joining the Browns on Sept. 5, 2016, he appeared in eight games with one start for Cleveland, completing 60-of-101 career passes for 621 yards and four passing touchdowns in addition to rushing 18 times for 176 yards with one rushing touchdown.

A native of McLean, Va., Hogan, 25, attended Gonzaga College H.S. in Washington, D.C., where he compiled 4,762 passing yards and 37 touchdowns in three seasons.

Earlier this offseason, the Redskins traded for quarterback Alex Smith.