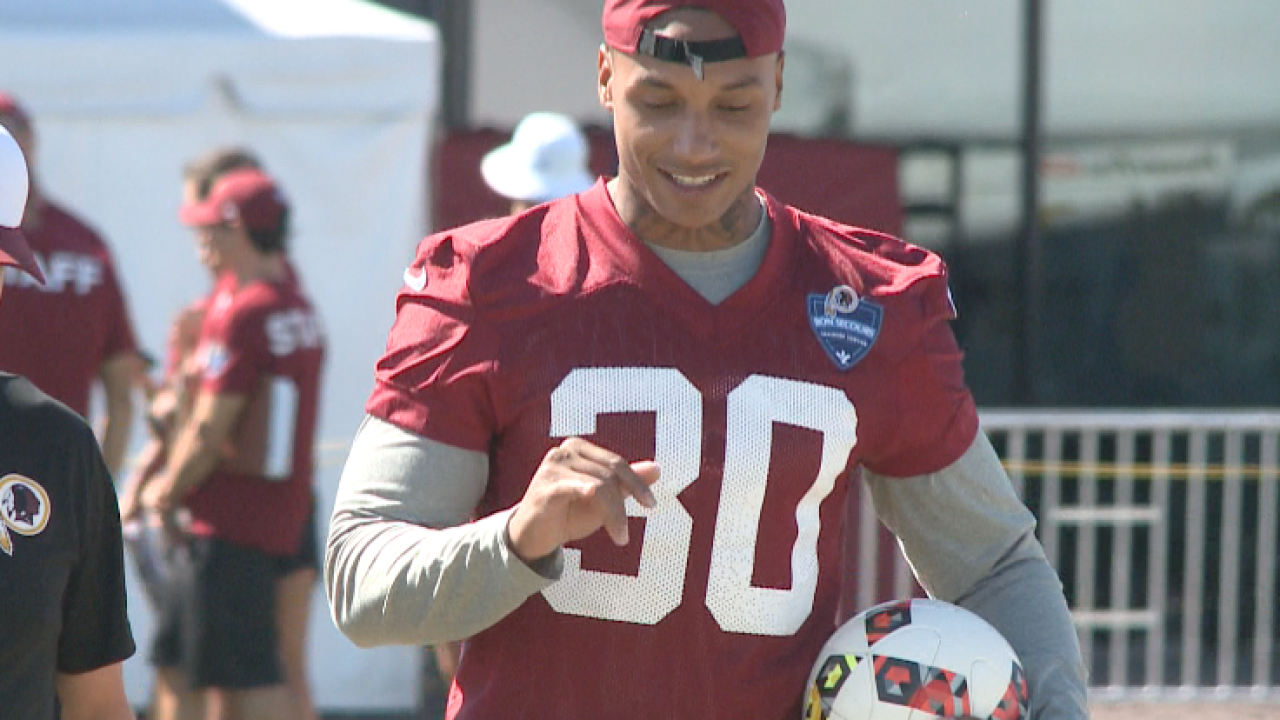 LOUDON COUNTY, Va. – Some will say it’s a marriage that ended too soon. After being drafted in the second round by the Redskins in 2016, and sitting out the entire 2017-18 season, Su’a Cravens and the ‘Skins are moving on from each other.

Cravens was traded to the Denver Broncos Wednesday for a 2018 fifth-round draft pick. The teams will also swap fourth and fifth-round picks.

“The move to trade Su’a is good for both organizations,” Redskins Senior Vice President of Player Personnel Doug Williams said. “We wish him well.”

An update on the #Redskins' draft order after that trade with Denver: https://t.co/TKoWhKu49j pic.twitter.com/oIjaFiwVgV

In 2016, his rookie season, Cravens registered 23 tackles, five passes defended, a sack, and an interception in 11 games. According to Pro Football Focus, Cravens allowed zero touchdowns and a 73.1 passer rating when in coverage.

He missed games in ’16 due to concussions and lingering effects, and contemplated retirement before being placed on the Exempt/Left Squad list by Washington.

I was a Bronco back in my high school days. I guess some things never change 🐴 #BroncosCountry pic.twitter.com/ssyC48CokK